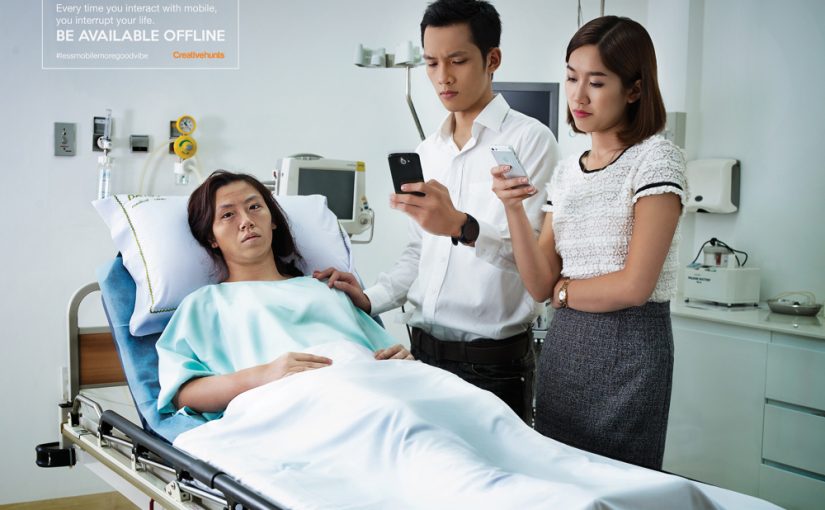 VULNERABLE: The young are most vulnerable to mobile addiction, and can develop severe depression if deprived of their phones or are parted from them for a few hours

It has been established by psychologists that mobiles are extremely addictive. They can be as bad as dependence on drugs or alcohol

Just like televisions and computers, mobile phones are technological instruments which, as numerous studies and research show, are being used increasingly and can become addictive.

The increase in the number and types of models, as well as services offered, is assisting the rise in the number of cases of what has already become a ‘social illness’ in some countries and which has been called ‘mobile phone addiction’ or ‘cell phone mania’.

The birth and development of the mobile phone market caused profound social changes, assigning new  psychological functions to mobile phones compared to those previously fulfilled by traditional telephones. The fashion to have one of these modern and transportable communication instruments, which happened in just a few years, together with the development of the ever-growing and numerous technical characteristics, show us what the main social and psychological functions that mobile phones currently fulfil are.

Initially, it was an essential instrument available to very few people and which fulfilled the need to have a number that could be reached at all times by those who were privileged enough to have been given the number.

Soon enough, it started to answer and fuel a common need to be close to others, overcoming distance and time barriers and profoundly transforming the possibilities of daily relations, thus allowing for the possibility to increase intimate moments but, sometimes, violating people’s freedom and personal space.

Hand-in-hand with the increase of its technical functions, the mobile phone’s social and psychological functions also changed. Today, people have their phones with them at all times and use them to organise and manage every moment of their lives, from work (using functions like the calendar, alarm clock, address book and clock) to free time (using games, still and video camera).

As a consequence of this development as well as the traditional functions of communication, the mobile phone represents an instrument which covers at least three important, psychological functions related to both people themselves and their relationships.

One of its main psychological functions is to control the distance in communication and relationships. Through the mobile phone, we can get closer or distance ourselves from others: we can protect ourselves from the risks of direct, emotional impact and find an answer to our relationship insecurities and fears of being rejected. However, mobile phones allow us to stay close and constantly present in the lives of those we are connected to affectionately, meaning we can deal with the anxiety caused by separation and distance by creating a ‘telephonic bridge’ which crosses large spaces in very little time. Adolescents are often a good example of those who use mobile phones as an instrument of defence when facing their communication insecurities, in both the initial phases of getting to know someone and in the later stages of being in a relationship.

Parents on the other hand, who often give their children phones at an early age, use it to fulfil their needs to stay in constant contact with their children, using the phone as a type of lead.

Another risk, closely related to the previous one, is the possibility that this ‘contact and detachment’ fuels the idealising of the recipient of the telephonic communication due to protection mechanisms of desires which are fed by short conversations made up (literally with text messages) of very few letters. It is also possible that, by abusing telephonic communication via mobile phones, addicts end up having relationships exclusively linked to the mental and emotional sphere, which fuels fragmentation and disavowal of the body, which is a very important factor in interpersonal relationships.

There is also a risk that the ease to distance oneself, or indeed get closer, excessively accelerates certain emotional detachment processes which used to have more ‘human’ time spans in comparison to today’s, which are helped by technological means like the mobile phone, and which used to include essential face-to-face interaction which could lead on to important reflections, that today are almost impossible.

Another important, modern psychological function of the mobile phone is being a means to deal with solitude and isolation as it takes on the role of an ‘multimedia anti-depressant or anxiolytic’, and it is for this reason that it is easy to become addicted to it. In this sense, the mobile phone becomes ‘another person’ to be taken with you at all times. This consequently gives rise to extreme affectionate investment  which can turn it into a fetish object and eventually into a situation in which turning the phone off makes the addict feel unable to relate to people in any other way.

By always having a mobile phone present, reality and other people never appear absent from one’s life. This creates a lack of possibility to experience grief and all of its dimensions, an experience that truly differentiates the ‘inside world’ from the ‘outside world’. This can also cause confusion and even ‘melt-downs’, especially in young people, due to negative consequences on their psychological abilities and keeping their private world private.

Moreover, people risk finding it difficult to make a separation between what is public and private and intimate and shared, a distinction which is actually a fundamental aspect for constructing one’s identity as it provides us with the possibility to establish limits, which are the foundations of our social skills.

A third function of the mobile phone is using it as a means to live and dominate reality with its numerous, technical possibilities which can control the idea of being present and being able to stop time with pictures, an illusion of power which can even go as far as making people feel an extreme sense of omnipotence.

The risk of abusing these functions is higher in teenage boys. Adolescence is when we learn about how to behave in terms of real social contact and how to control our impulses and emotions. In extreme cases, communication via a mobile phone can end up being the only way a person relates to others.

This perpetual type of contact does not stimulate our ability to control how we deal with a delay in satisfying our needs, nor the consequential creativity that occurs during the wait. Abusing the possibility to overcome barriers of time/space also seem to make people unable to make decisions and precise commitments as decisions and appointments can be postponed to a later moment in time.

The possibility to deal with psychological needs through the mobile phone highlights how its use can move along a continuum which runs from resource to risk factor, as is the case with other multimedia instruments.

According to an ever increasing number of studies from all over the world, ‘keichu’, as it is called in China, is a social phenomenon regarding an addiction to one’s mobile phone which often affects young people.

Daily and regular use of mobile phones makes it hard to draw the line between normal and abnormal behaviour. So when identifying this problem, it is important to observe the quantitative and qualitative aspects of the relationship one has with his/her phone.

From a quantitative point of view, we normally talk about ‘cell phone mania’ when a person makes and receives a total of around 300 calls and/or messages a day. However, the quantitative problem could also be shown in terms of long conversations with few people, or excessive use could be related to the abuse of other functions in a mobile phone.

Furthermore, apart from the amount of communication or time spent on the mobile phone, we can hypothesise an addiction to a mobile phone when a person shows some of the following symptoms:

l Dedicating a lot of time to activities related to using the phone (calls, text messages, games, consultations, use of the camera for photos and videos, etc) carried out exclusively or in combination with other activities

l The victim experiences a sense of dizziness, headache, vertigo, eye or ear ache or other physical symptoms that can be related to abusing the mobile phone

l Extreme affection towards the phone which is mainly seen through not wanting to be far away from the phone, even for short amounts of time

l Using the phone for more than what is necessary and as an instrument to satisfy one’s emotional and relationship needs, as the main way to communicate with others in comparison to other forms of communication

l The victim tends to get anxious, panics or experiences unpleasant emotions in general when the battery is dead or if the phone does not work

l Tendency to justify the inability to come away from the phone with excuses (for example, security reasons)

l Tendency to use the mobile phone to keep fears and insecurities under control (fear of solitude, particular phobias, anxiety attacks, etc);

l Tendency to use more than one phone, often using separate lines for different uses (work/friends)

l The victim is in the habit of keeping the phone on at night so as to wake up at night and check for messages or calls.

Just like other so-called new addictions, ‘cell phone mania’ tends to establish and manifest itself in relation to the most fragile aspects of the victim. If, for example, the person has problems with self-esteem, the mobile phone tends to be used an instrument to deal with this problem.

The phone messaging system is very popular since it gives us the possibility to use a cheap and written (and therefore preservable) method of communication that is indirect, just like a letter. In the past, those who could not express themselves verbally could do so through a post card or a letter. Today, this is possible via e-mails or, even quicker and available to everyone, through a text message.

Soon enough, the need to say a lot in a ‘short message’ led on to the development of a synthetic language made up of abbreviations and codes and which is now common among young people. However, there is a real risk of becoming addicted to text messaging, especially during adolescence as this synthetic language can heavily influence cognitive and emotional functions when developing, which causes the creation of a synthetic type of thinking too.

Relationships with mobile phones are risky for everyone and this is why preventing this type of addiction is as important as intervening when it is very bad.

Therefore, it is important to train ourselves to have a healthy relationship with our mobile phones, limiting the time we spend on them and our ability to control ourselves, and even making ourselves take a break from their reassuring presence.