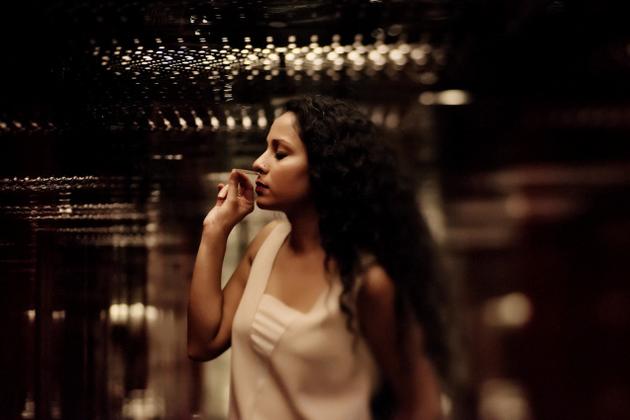 And a few stray thoughts on the disclosure by the police that it was a former security guard Raj Kumar Singh who raped, tortured and murdered Monika Ghurde. According to the police version which we have serious reservation about the motive was revenge. The police story is that the 21 year old security guard blamed Monika for his financial problems. Apparently the security guard had been sacked on a complaint from Monika that he had stolen her umbrella. The security agency is reported to have not only sacked Rajkumar but with held two month’s salary amounting to Rs 20,000. Rajkumar reportedly told police that the security agency had told him that they would pay him his dues only if Monika withdrew her police complaint.

The police claim that Rajkumar made several attempt to appeal to Monika to withdraw her complaint but she refused to do so. The security guard found it difficult to get a job after he was sacked. And was according to police determined to take revenge against her. The police are also suggesting that Rajkumar was obsessed with  Monika and kept track of her implying that there is a stalking element. I find it hard to believe that 21 year old by himself could have tied up Monika and strangled her to death cold bloodedly. The police even claim that after murdering her he made himself  boiled eggs as he had not eaten for two days and ate chocolates and ice-creams. We also find it suspicious that the police could so quickly crack the Monika case while they still do  have  a clue as to who murdered the senior citizen Shobha Karmali in Curchorem.

Even if we assume that Monika had unwittingly provoked and aroused the beast in young Rajkumar by her insensitive behaviour, the chilling conclusion is that we cannot trust the security guards hired by the housing societies to protect the life and property of the citizens. It would seem that even people who stay in very posh gated colonies where a flat can cost over a Crore and a Villa can cost up to two Crores are not willing to pay enough for their security. The bitter truth is that security is a joke in Goa. The over-whelming majority of the so called security guards are young people in their teens from the rural hinterland who have no training in security. Most of them cannot even speak Hindi let alone English or the local language Konkani. They are hired after providing them only a minimum of training if at all and posted at various gated colonies as security guards.

I have personal experience of how incompetent and ignorant security guardare . Ever since I was beaten up savagely allegedly by Goons hired by Dayanand Narvekar after the molestation scam I have been assigned personal security officer. These are armed constables who have undergone Commando training. One of them who was with me for over five years is in fact now the Chief PSO of the Chief Minister Laxmikant Parsekar. Whenever the BJP has come to power they have withdrawn my PSOs despite the continued threat to my life particularly by a hostile saffron regime. I have tried to hire personal security guards atleast at the office for the protection of my staff. Who are threatened not only by politicians but even by Parish priest who instigate the flock if anything critical is written about them. I recall an entire bus load of Parishioners threatening Goan Observer staff because we had exposed a priest who had  misappropriated church funds. I discovered that the security guard for whom I had to pay Rs 12,000 per shift only knew how to salute. When I enquired where he was from he told me that he had just arrive a week ago from a village in Orissa and had studied only up to the fourth standard. I asked him if he had received any training in Karate or the Martial arts and he said he only knew farming. He was not even armed with a lathi forget a gun.

If you pay peanuts you will only get monkeys. The reason why Goa is full of village yokels working as security guards is because even very wealthy people are not willing to pay enough for their security. it is ironic that people who are willing to spent Rs 1 crore or more on their flat and have several luxury cars are not willing to contribute an extra Rs 10,000 a month to hire ex-servicemen from the army. There are a lot of them who are very highly trained and still young and fit because unlike officers, a jawan is retired from the armed forces at the age of 40 unlike officers who can hang on till they are 60. With members of the society not willing to contribute adequate to hire trained security personnel, the security agencies have no choice but to recruit rural youth to pretend to be security guards. The even bigger scam is that the security agency who may charge the society Rs 20,000 or more for each guard pays them as little as Rs 7000 to Rs 8000 for twelve hour shifts.

The security guards cannot protect themselves forget about protecting the residents. The only reason they stick on to the job is that they make extra money by doing errands for the residents like washing cars or even buying their medicines and grocery for them. Rajkumar the guard who allegedly killed Monika, also used to wash her car. Though the security agencies are expected to verify the background of the guards they employ very few of them do so. Indeed the security agencies have to be brought under the control of government and trained by the police before being employed. They should also be assured a minimum wage of atleast Rs 15,000 a month. Everyone is to blame for Monika’s death including the security guards, the builder or the society which was so stingy that they hired only one security guard for a big complex and people like Monika who not only were not willing to pay enough for their security but victimised the under paid security guard by having them sacked.