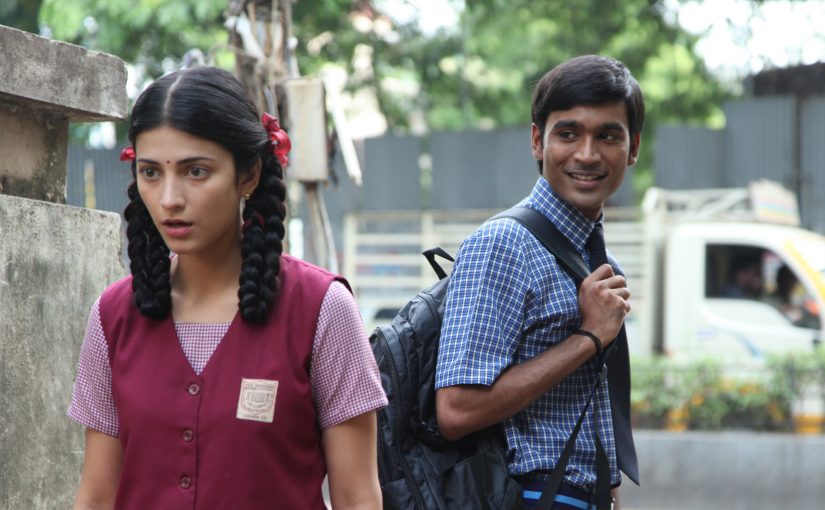 BAD INFLUENCE: Most Indian films make heroes of young man who stalk women, giving majority of the public – both educated or not – the impression that ‘no’ means ‘yes’

COLUMNIST Akhilesh Mishra pointed out an important legislative change brought through the Criminal Law (Amendment) Bill, 2013 in what constitutes ‘stalking’. Stalking has been added as an offence in the Indian Penal Code as Section 354D punishable by a term of up to three years and fine.

To understand the potentially dangerous ramifications of this seemingly innocuous insertion on our criminal law books, it is useful to quote the provision on stalking.

(i) follows a woman and contacts, or attempts to contact such woman to foster personal interaction repeatedly despite a clear indication of disinterest by such woman; or

(ii) monitors the use by a woman of the internet, email or any other form of electronic communication, commits the offence of stalking.”

The only real exception available to common people under this Section 354D would be if they can prove that the conduct was reasonable and justified.

Point (i) in the definition seems arguably fair and reasonable, although if the “following” and “contact” also means that over the internet it is excessive and draconian given the consequences of such an act.

However, point (ii) is seriously draconian. Let us understand this better with the help of the following scenario:

Mr X is an active Twitter user. He is blocked by Ms A for whatever reason. He nonetheless creates another account on Twitter and is able to follow Ms A’s tweets, conversations and replies. He then comments on Ms A’s tweets on his own Twitter page.

The question which an investigating officer will examine to see if a charge of “stalking” is prima facie attracted is as under:

Is Mr X “monitoring” the use by Ms A of the internet? Quite possibly, yes. “Monitoring” has not been defined under the provision. The dictionary meaning of “monitoring” is to “observe and check the progress or quality of (something) over a period of time” or “keep under systematic review”.

Do note that whether Mr X’s conduct is “reasonable and justified” will not be determined by the investigating officer. It has to be proved by Mr X. The onus is on him. The legal process will commence (for example, filing of an FIR) as soon as Ms A can establish that Mr X monitored her use of the internet.

Surprisingly, the draft that was introduced in the Lok Sabha was markedly different. Here is the original draft clause on stalking:

(i) follows a woman and contacts, or attempts to contact such woman to foster personal interaction repeatedly despite a clear indication of disinterest by such woman; or

(ii) monitors the use by a woman of the internet, email or any other form of electronic communication; or

(iii) watches or spies on a woman in any manner, that results in a fear of violence or serious alarm or distress in the mind of such woman, or interferes with the mental peace of the woman, commits the offence of stalking [my emphasis]

Do note carefully what this draft clause requires. A man can monitor a woman’s use of the internet all he wants, but to attract a charge of stalking, the woman has to show that it results in a fear of violence or serious alarm or distress in her mind or interferes with her mental peace.

Although interference with mental peace is too broad a concept (eerily similar to causing “annoyance or inconvenience” under the infamous Section 66A), at least, this draft clause required a woman to prima facie establish some impact on her due to the stalking.

In the provision that has been passed in the Lok Sabha, the mere act of monitoring a woman’s use of the internet attracts the charge of stalking. It does not require unique skills to imagine the sheer abuse and misuse of this particular portion in the provision on stalking.

It is a matter of serious concern how the requirements in the original draft for a woman to establish the specified impact on her were completely done away with in the Bill that has been passed by the Lok Sabha. These new provisions, pretty draconian in nature, require the attention of active citizenry of this country.

While the offence of stalking has rightly been introduced, sub-part (ii) must either be removed altogether or must be subject to an additional requirement and exclusion as under:

■ The woman so stalked must be able to show that the alleged act of stalking results in a reasonable fear of violence or serious alarm or serious mental distress; and

■ The monitoring must be of private content only. If a woman posts content on Facebook, Twitter or other social media platforms which, by their very nature, are public platforms, she allows her content and communication on such public platforms to be reviewed or read (ie “monitored”). Such use by the woman of the internet which becomes public due to the nature of the platform must be excluded.

There is no doubt of the necessity of the Criminal Law (Amendment) Bill. But this excess overreach by the drafters of this law in the definition of stalking is a knee-jerk reaction. In an ideal world, the state can be expected to exercise its might fairly and logically. The ideal world isn’t what we have right now.