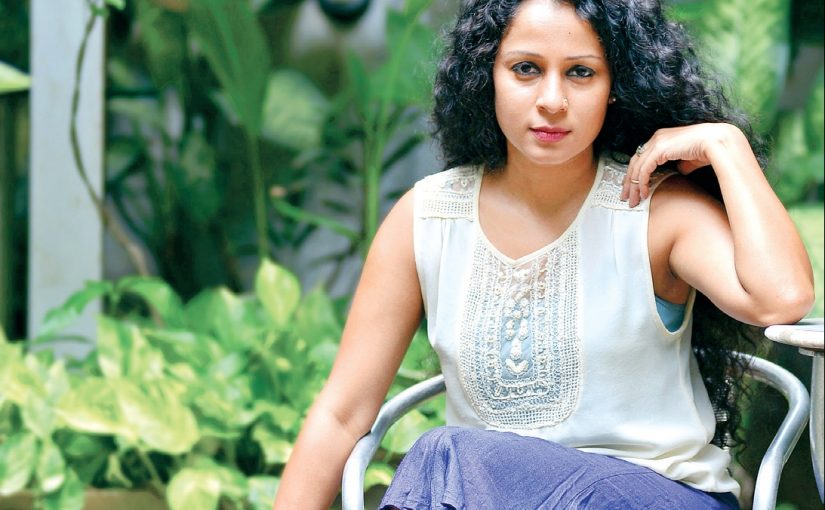 INSECURE: Many single women living alone, like Monika Ghurde (above), face the threat of burglary and murder. Ghurde was allegedly killed by Rajkumar Singh (inset) who had been sacked because of her complaint that he had  stolen her umbrella

An insensitive police force has been feeding the media with gory and sordid details of the tragic death of Monika Ghurde. There is no dignity for the victim even after her death

IF you are destined to be a murder victim, and God forbid you are not, just hope it is not in Goa. For some inexplicable reason, the tragedy intrinsic to an action of violence or violation in Goa is always slathered with sleaze and there is no dignity or privacy given to the dead.

Take the case of well-known perfumer Monika Ghurde who was murdered last Friday in the reasonably upmarket town of Sangolda. Within minutes, the media has all the information about the manner in which she was found; where the ligature marks were, the absence of clothing, and the way she was tied up. It is concluded before any autopsy that she was raped.

Imagine the sense of shock and horror for the family at loss, compounded by the ugly invasion of the crime scene and the ghoulish display of details.

Isn’t there a need to maintain the sanctity of the cordoned-off area where the crime took place? No one even thinks that it is wrong to contaminate the scene and make public the sordid features.

This information should be confidential and kept away from the public while the investigation is on. It is unbelievable that such graphic data is freely handed out. Imagine, if you will, the condition of those who loved her, knew her and cared for her.

Unfortunately, because of a caricatured packaging of Goa over several years as a place where licentious conduct is the norm, and drugs, sex and raves a nightly routine, no one thinks that it’s wrong to probe a victim.

Ah! Goa! It must be a drug thing. Was the person who was killed in such a grotesque fashion into something funny? Has to be. It is Goa. Hanky-panky? Certainly. Can’t be just a normal killing?

It is so grossly unfair, especially since the victim cannot fight for herself. Also, the people of Goa are not violent. On the contrary, they are almost placid and tolerant but the impact of outside influences, often the misuse of their easygoing sussegad (cool it, we can do it tomorrow) lifestyle has left them vulnerable to exploitation.

The huge percentage of the non-Goan population has brought with it wrong priorities and a new level of greed and insolence that was never part of Goa. I ran a newspaper there for years and violence was not part of the pattern. Ever.

This is a grotesque and immediate coverage of an act of extreme violence. And the arrogance of the attackers could well have been fed by the 23 September verdict that freed the two suspects involved in the murder of a 15-year-old Devon schoolgirl, Scarlett Keeling. The two accused, Samson D’Souza and Placido Carvalho, had allegedly plied Scarlett with drugs, raped her and left her unconscious on the beach, where she drowned.

Was the case botched up by the prosecution leaving the judge no choice but to let them go? Has this verdict sent out a message that in Goa you can get away with it, no sweat?

And this is where it goes wrong. It promotes cruel perceptions like a white girl must be promiscuous, and a Christian name must be ‘fast’.

Tourists from the rest of the country come to Goa to ogle, indulge and misbehave. They feed the dark underbelly of Goa. Must be taking drugs, kuchh toh hoga.

Rich perfumer murdered in her upmarket town. Must have been having a booze party. Toking up. It cannot be just a cold-blooded killing for her money.

Poor Goa. She pays a big price for the past and a handful of hippies and peaceniks who roamed her beaches in the 70s and 80s, and did very little harm.

Poor Monika. She is now a gruesome grist for the media mill.

Because it’s Goa, anything goes.

Damn the lack of grace.