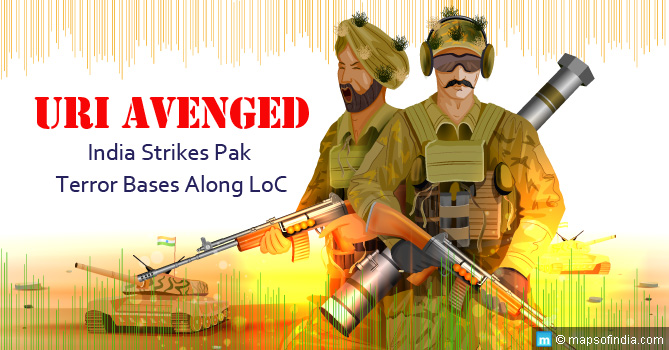 INSPIRED: Defence minister Manohar Parrikar claims that the surgical strike was inspired by the Rashtriya Swayamsevak Sangh as Narendra Modi is from the land of Mahatma Gandhi and he is from Goa which has no warrior class

IN the 1980s, when Rajiv Gandhi had chosen to attack his opponents by warning that “hum apne virodhiyon ko unki naani yaad dila denge” (we will make our opponents remember their grandmother), his comments sparked off as much mirth as anger: The ill-chosen phrase meant to convey the sentiment that we will teach our opponents a lesson was seen to reflect the former prime minister’s discomfort with Hindi.

Now, when Rahul Gandhi criticises the Modi government with his tactless “khoon ki dalali” remark, there is outrage more than laughter: After all, the reference to “dalali” or “broking” here involves a sensitive military operation that has our jawans in the firing line. Maybe, like his father (and this columnist), thinking in English and then blurting it out in Hindi can have its drawbacks. But what if Rahul had chosen his Hindi comments more carefully and suggested that the Centre was doing “surgical strikes ka rajnitikaran” or politicisation of the strikes, would he be that off the mark?

JUST look at the anecdotal evidence. On the day a “source” based report claimed that the prime minister had asked his Cabinet colleagues to exercise restraint, posters sprang up in Varanasi with pictures of Narendra Modi as Ram, Nawaz Sharif as Ravana and Arvind Kejriwal as Meghnad to glorify the triumph of “good over evil”. The Bharatiya Janata Party (BJP) claimed that the posters had been put up by the local Shiv Sena and the party had nothing to do with it.

When even more graphic posters of Modi and union home minister Rajnath Singh along with images of soldiers hailing the “avengers of Uri” were put up in Lucknow ahead of the prime minister’s Vijayadashmi rally, the party pinned responsibility on local activists. With deniability no longer an option, a BJP spokesperson finally responded by saying that the triumphalism reflected “the public mood” and was evidence of spontaneous support for the surgical strikes across the country. Why shouldn’t the Ram Lila celebrations that are located in popular culture not mirror the contemporary discourse over the scourge of terrorism and the Modi government’s efforts to defeat Pakistan-based terror?

The fact is the BJP’s post-surgical strikes narrative is rooted in its politics of muscular nationalism and a conviction that with job creation still a major challenge, an emotional “nationalist” pitch is still the party’s core USP. After all, in the aftermath of the cross-LoC strikes, there seems to be a general sense of relief, if not euphoria, in the urban middle-classes in particular that Pakistan has been “taught a lesson”.

THE strikes have enhanced Modi’s image as a tough, decisive leader with a self-proclaimed “chappan inch ki chati” (56-inch chest). Why just Modi, wouldn’t any political party capitalise on what it sees as a potential vote-catching issue ahead of elections in key states? BJP president Amit Shah has been unambiguous: The surgical strikes he says will be an election issue in Uttar Pradesh and beyond.

Which is why the opposition’s lament over the government’s chest-thumping is a little misplaced: In a highly-competitive political environment to expect any ruling establishment not to take credit for its “achievement” would be hypocritical.

Did the Congress, for example, not use Indira Gandhi’s 1971 war victory to its utmost advantage in the assembly elections that followed a year later? Yes, 2016 is by no stretch of imagination 1971 — a major bypass surgery can’t be compared to a limited surgical strike — but by audaciously taking the battle to the enemy camp and setting fresh terms of engagement with Pakistan, the Modi government could claim a political victory, at least for now.

And if posters are an example of “khoon ki dalali”, don’t forget the insidious campaign the Congress ran in the 1984 general elections in the aftermath of the bloody anti-Sikh riots.

What is troubling though is the rather crass manner in which the Modi government’s cheerleaders are “marketing” the strikes like an “event” through a relentless propaganda blitz even amid escalating tensions along the border and in the Valley.

In an attempt to whip up “nationalistic” fervour, no effort has been spared to charge anyone who raises any discomfiting question as “anti-national”. In the cacophony of 24×7 media in particular, there has been a conscious strategy on the part of the government to drown out alternative voices, dub them as “Pakistani-ISI” agents, or virtually force news organisations to engage in self-censorship in the guise of a “nation first” storyline.

ONCE the government chooses to engage in grandstanding over a covert operation, is the opposition not entitled to ask for more details to be put out in the public domain? If there are legitimate security concerns involved in such disclosures, then should there not be a greater effort made to brief the top leaders across parties on the nature of the operation carried out?

The truth is, our politics has broken and democracy has ceased to involve consensus-building even on sensitive issues of national security. A complete lack of trust has meant that the government and opposition see each other as “enemies” engaged in a bitter war.

Even the army is no longer immune to the resultant pulls and pressures. When an army chief who was involved in an acrimonious public conflict with the previous regime then becomes a minister in the next government, there is reason to believe that politics has now seeped into one of the few institutions that seemed resistant to its pernicious impact.

Even more worrisome is the impact “majoritarianism” in the guise of “nationalist” frenzy can have on the mindsets of citizens. When even a celebrated actor like Nawazuddin Siddiqui is forced out of a local Ram Lila by a vigilante group on the grounds that a Muslim can’t be allowed in a Hindu mythological production, or when the body of a murder accused in Dadri is draped in the tricolour with a union minister in attendance, then one must fear the creeping divisiveness and its political exploitation. Strategic restraint may have been abandoned after Uri, but how about some political restraint in difficult times?

Post-script: The garrulous defence minister has commented that “Indian troops were like Hanuman who didn’t quite know their prowess till the surgical strikes”. Is Manohar Parrikar suggesting that the valorous Indian Army learnt to defend itself only on September 29, 2016, and not till then?