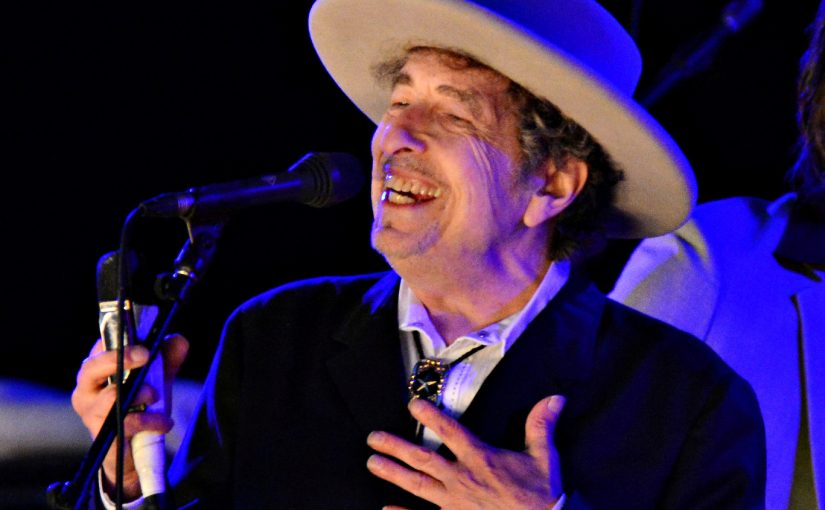 WINNER: Bob Dylan is the first musician to receive the Nobel prize in literature. As the Nobel Academy spokeperson said, ‘His lyrics are poems for the ear’

I was not yet born when American singer-songwriter Bob Dylan’s epic albums ‘The Freewheelin’ Bob Dylan’ (1963) and ‘The Times They Are A-Changin’’ (1964) burst upon the music scene and captured the world’s imagination. But I remember growing up to those songs in 1970s Goa.

The beauty of his songs lay in their simplicity. With no frills at all, with just his guitar and harmonica backing his vocal line, they were searingly honest, unpretentious and direct. The chord progressions were simple, the verses ballad-like. You could literally just pick up a guitar and learn them in a few minutes.

UNLIKE his rock star peers, he was a wandering minstrel, a troubadour. And like those itinerant musicians of yore, he sang, sometimes in riddles, but about contemporary issues that were raging. And that seemed to appeal to his generation, jaded as they were by the diet of lies and subterfuge by their own government, and in America in particular that was reeling under protests over civil rights, and a mounting death and casualty toll (high enough on the American side, but of genocidal proportions on the ‘other’ side, civilian and military) in a disastrous Vietnam war to which there seemed no end in sight at the time. Is it any wonder that his songs became the anthems of that age, almost the sound track to both, the civil rights and anti-war movements?

One of his most iconic songs ‘Blowin’ in the Wind’ (from his 1963 album) even made it into our hymn books and church services. And his 1964 title track ‘The Times They Are A-Changin’’ is thought by many to have at least some of its lyrics inspired by the Bible. The lines in the final verse “The order is rapidly fadin’/ And the first one now/ Will later be last/ For the times they are a-changin’” resemble closely Matthew 20:16 “So the last will be first, and the first will be last.”

NUMEROLOGISTS will probably find some significance in the fact that 2016 is the year in which Dylan gets perhaps the crowning accolade of a lifetime, the Nobel Prize for Literature. Yes, not for peace, but for literature. And he makes history in being the first songwriter ever to receive such an honour. The justification? It is in acknowledgment of his “having created new poetic expressions within the great American song tradition”.

For all my admiration of his music and lyrics, I must confess to having mixed feelings on receiving the news. But first let us examine the case for the proposition that he well deserves a Literature Nobel. One could argue, as Sean O’Hagan has done in the Guardian (October 16, 2016), that it is his personal voyage of discovery as a songwriter that is being lauded through the Literature Prize, having stretched the genre – “and himself” in the words of O’Hagan – “almost to breaking point”.

This personal voyage unsurprisingly was not without controversy. Born Robert Allen Zimmermann (Jewish name Shabtai Zisl ben Avraham) to Russian Jewish parents, and whose grandparents had fled to the US from the 1905 anti-Semitic pogroms in Odessa in the erstwhile Russian empire, he changed his name to Bob Dylan in the late 1950s. His explanation was enigmatic: “You’re born, you know, the wrong names, wrong parents. I mean, that happens. You call yourself what you want to call yourself. This is the land of the free.”

WHY Dylan? Although in his memoir he gave credit to the influence of the poetry of Dylan Thomas, he also told biographer Robert Shelton, “Straighten out in your book that I did not take my name from Dylan Thomas. Dylan Thomas’s poetry is for people that aren’t really satisfied in their bed, for people who dig masculine romance.”

In the late 70s, Dylan embraced the ‘born again’ sect of Christianity, mystifying and alienating some of his fans and contemporary musicians. But perhaps it was a logical culmination of a journey that had begun much earlier. Perhaps I am reading too much into his lyrics, but what is one to make of “I dreamed I saw Saint Augustine” from his 1967 album “John Wesley Harding”?

But let us return to the current issue of the Nobel Prize for Literature award for the first time to a songwriter. Why now, and why Dylan? If the yardstick was creating “new poetic expression within the great American song tradition”, why did Cole Porter or Irving Berlin not qualify in their time? Or Billie Holiday or Nina Simone? And if for the social activist content of the lyrics, why not Joni Mitchell or Joan Baez?

Furthermore, as Anna North wrote in her op-ed “Why Bob Dylan shouldn’t have gotten a Nobel” in the New York Times (October 13, 2016), one could take the view that by awarding the prize to Dylan, “the Nobel committee is choosing not to award it to a writer, and that is a disappointing choice.” Not everyone would agree with this, of course. Because, aren’t lyricists writers too?

BUT if one eyeballs the honours list of Nobel laureates for Literature since the inception of the award in 1901, I find it hard to put Dylan’s lyrics, heartfelt and soul-stirring as they might be, up there with the writing of Rabindranath Tagore, Romain Rolland, George Bernard Shaw, Thomas Mann, Pearl Buck, Herman Hesse, André Gide, T S Eliot, Bertrand Russell, Ernest Hemingway, Boris Pasternak, Pablo Neruda, Gabriel Garcia Márquez, Octavio Paz, Toni Morrison, Seamus Heaney, Günter Grass, V S Naipaul, Harold Pinter, or Orhan Pamuk, who in fact I am reading right now. Perhaps it is a reflection of my own immaturity or ignorance, and this award has certainly spurred me to pay closer attention to Dylan’s lyrics.

Ms North makes the point that apart from significantly boosting the sales of literary works, far more importantly the Nobel Literature award sends out a powerful message that “fiction and poetry still matter, that they are crucial human endeavours worthy of international recognition.” There already are platforms for recognition of songwriting (the Grammy awards, for example). Bob Dylan is already celebrated in his own field, so to me, awarding a Nobel Prize for Literature to him is overkill, and bizarrely generous. I find it hard to believe that there were no contenders among poets and writers around the world to pip him to the post. Perhaps the awarding committee wanted to shed its stuffy image and appeal to a younger audience.

And if one puts Dylan’s winning of the Nobel Literature prize in perspective, and contrasts this with the wisdom of choice in awarding the Nobel Peace Prize in the last few decades in some cases, for example, then yes, Bob Dylan is far, far away the more deserving.

One thought on “Yet Another Side of Bob Dylan?”