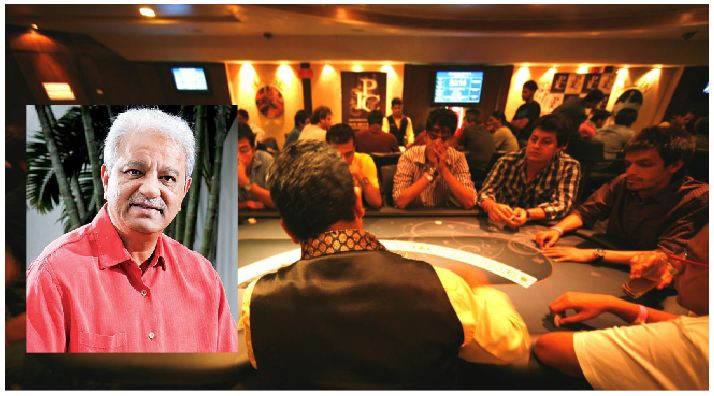 GAMBLING: The casino lobby has replaced the mining and construction lobbies as the biggest contributor to the funds of political parties and candidates for the 2017 Assembly elections in Goa

Now that the tentative schedule for elections in Goa has been announced, the money bags will become hyper active. Goa’s business lobby has always played a major role in polls since Liberation. In fact, some major industrial houses wanted Goa to merge with Maharashtra in 1961

In the run up to the opinion poll, the house of Chowgules – then among the big three of the mining industry – fully supported the Maharashtrawadi Gomantak Party (MGP). Then chairman Vishwasrao Chowgule, whose birth centenary was observed recently, took Maharashtra’s industries minister to meet the late V M Salgaoncar to convince him to support the merger.

Salgaoncar politely rejected the idea and instead devoted the resources of his company to fighting the merger. If the pro-merger group was defeated in the opinion poll, the credit should go to Salgaoncar, as he was the only industrialist who insisted that Goa should retain its unique identity. One business house even sacked Arvind Bhatikar from his job as a lecturer as the group running the college was supporting the merger.

In the elections before Goa became a state, it was the mining lobby which played a major role in financing the MGP and the United Goans Democratic Party (UGDP), the main parties back then. When Sashikala Kakodkar succeeded her father Dayanand Bandodkar as chief minister, she privatised public transport and permitted private buses to operate, supported by the private bus transport lobby. It is alleged that her late husband was her collection agent.

After statehood, the mining lobby continued to fund the Congress party which had formed the government. When the Bharatiya Janata Party (BJP) was formed and became a major player, it was initially supported both by some sections of the mining industry as well as the tourism industry. The Chowgules switched loyalties to the BJP. Ashok Chowgule who now heads the Chowgule Group was chief of the Vishwa Hindu Parishad (VHP), a sister organisation of the Rashtriya Swayamsevak Sangh (RSS). The BJP was also supported by leading hotel owners in Goa.

After 2000, when the building industry was booming thanks to the crooked regional plan 2011 of Babush ‘monster rat’, builders started funding the Congress and BJP poll campaigns. Many industrialists took pride in being king makers. For instance, when Digambar Kamat won the 2007 assembly election and was made chief minister, Avdhut Timblo of the Fomento Group had persuaded the mining constituency MLAs to support his candidature. In the next election in 2012, casino king Jaydev Mody, who owns four of the five casinos in the Mandovi River, was the major contributor to Manohar Parrikar’s campaign to return to power.

The influence of various industrialists becomes public during the chief minister’s swearing in ceremony. When Pratap Singh Rane became chief minister, the front rows were occupied by Shivananad Salgaoncar of VM Salgoancar Group. For Digambar Kamat’s ceremony, Avdhut Timblo occupied the front row to send out the signal that he was the remote control. When Parrikar was sworn in as chief minister in 2012, it was Jaydev Mody’s turn in the front row along with LK Advani and Sushma Swaraj.

In industrial houses with several brothers, they divided their loyalties between various parties. One of the earliest business groups involved in politics was the Dhond family which then ran the Mahadev Ashram hotel in Panjim which has now become Manoshanti. Of the brothers, one supported the Congress and another the BJP. The family had an old Mercedes car, which would go to the airport to welcome both Rajiv Gandhi and LK Advani.

There are other industrialists who have limited their role to specific cities. Though Nana Bandekar has always been close to the MGP, he takes a great deal of interest in his home town Vasco. He is actively involved in choosing candidates for the assembly elections and civic elections. In fairness, he is the only industrialist who has also done a lot of public work in Vasco at his own cost, and is the most generous of Goa’s industrialists.

There are some of course who are friendly with politicians from all parties. The most prominent is Anil Khaunte, originally a builder who diversified into a manufacturer of cement and the hospitality business. The family now own the dealership for Hyundai and Mercedes. He is equally friendly with leaders from all political parties, and never openly takes sides. It is not widely known that Anil Khaute also supports a number of charitable organisations, including Disha, a school for the mentally challenged, and Mushtifund School. Unlike other businessmen, both Nana and Anil give generously but silently.

Industrialists in Goa pride themselves on being king makers, but very few have contested elections themselves. The exception is Pandurang Timblo who contested but lost. Similarly Victor Albuquerque announced that he would stand against Parrikar in Panjim but withdrew at the last moment. The only industrialist who has successfully contested an election is the late Anil Salgaoncar, the eldest of the Salgaoncar brothers who parted company with his father while he was alive.

With another election coming up on December 31, 2016, no doubt the various industrialists will start becoming active once more. It is unlikely that the Congress will get much support as it is seen as limping horse. The new Goa Forward has the support of the Fomento Group and Vijay Sardessai, who himself is a crorepathi many times over. There are many business groups who are inclined to bet on the Aam Aadmi Party (AAP). The largest funds will still go to the BJP-MGP alliance as the BJP is in power at the centre and Parrikar is India’s defence minister.