The Limit on gold holdings for married women is 500gms and 250gms for unmarried girls. If you have gold in excess of these limits you will have to prove that it was bought with money on which taxes were paid. If you are not able to do so you will be charged not only income tax and wealth tax but will have to pay a penalty as well 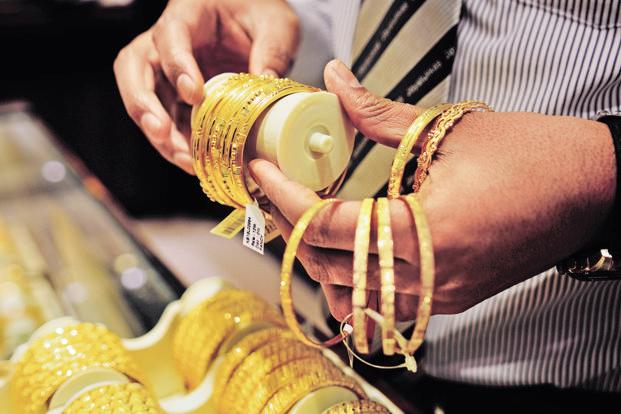 For those who have been paying wealth tax, only gold jewellery and ornaments found in excess of the gross weight declared in the wealth-tax return will be seized. Photo: Priyanka Parashar/Mint

New Delhi: Gold deposits over 500gm, not explained by known source of income, will attract income -tax under the gold monetization scheme, the government said in an internal note dated Novmber 15.
It is likely to discourage large depositors with undisclosed source of income but will encourage small depositors as it brings clarity on the tax implications of the scheme. It is in line with the government’s intent to ensure the scheme does not facilitate conversion of black to white money.

Banks will not be allowed to use the gold deposits to meet their statutory liquidity ratio and cash reserve ratio requirements as proposed by the earlier draft.

The finance ministry, in a recent circular, said the existing income-tax regulations for gold holdings will apply to the gold monetization scheme as well.

A certain amount of the gold holdings as explained by known sources of income can be held by an individual who is not a wealth-tax assessee and will not be seized by officers at the time of a search operation, as per instructions under section 132 of the Income-Tax Act that deals with search and seizure operations by the tax department.

“Depositors may be informed by the banks that as per CBDT (Central Board of Direct Taxes) instructions…in the course of IT search u/s 132, gold jewellery to the extent of 500 grams per married lady, 250 grams per unmarried lady and 100 grams per male member of the family need not be seized by tax authorities, but the tax penalties, as applicable, will be levied,” the guidelines said.

For those who have been paying wealth tax, only gold jewellery and ornaments found in excess of the gross weight declared in the wealth-tax return will be seized.

However, these ceilings can be raised at the discretion of the assessing officer.

“The authorized officer may, having regard to the status of the family and the customs and practices of the community to which the family belongs and other circumstances of the case, decide to exclude a larger quantity of jewellery and ornaments from seizure,” according to CBDT’s instructions.

After the cabinet cleared the gold monetization and sovereign gold bond schemes recently, the government made it clear that there will be no relaxation in know-your-customer guidelines or the reporting requirements of banks.

“This is not a black money immunity scheme and normal taxation laws will be applicable,” finance minister Arun Jaitley said.

“This is a very good move. It will be wrong to give any kind of special dispensation to any asset class. This provides clarity to small retail depositors that they will not be subject to income-tax scrutiny and at the same time ensures that the scheme is not misused. Why should retail depositors be subject to scrutiny under this scheme when they are not asked any questions when they use their gold holdings as a collateral to get a loan,” said Somasundaram P.R., managing director, India, World Gold Council. “But the scheme should be marketed well, clarifying all these aspects,” he added.

The two schemes are aimed at reducing India’s gold imports as well as converting gold into a productive asset. Gold holdings are estimated at more than 20,000 tonnes but since they are rarely commercially deployed, India still imports 800-1,000 tonnes of gold a year.

While under the gold monetization scheme, gold holdings of households can be deposited with banks, allowing them to earn interest, the gold bond scheme is designed to enable individuals to benefit from the appreciation in gold prices without actually physically holding the gold