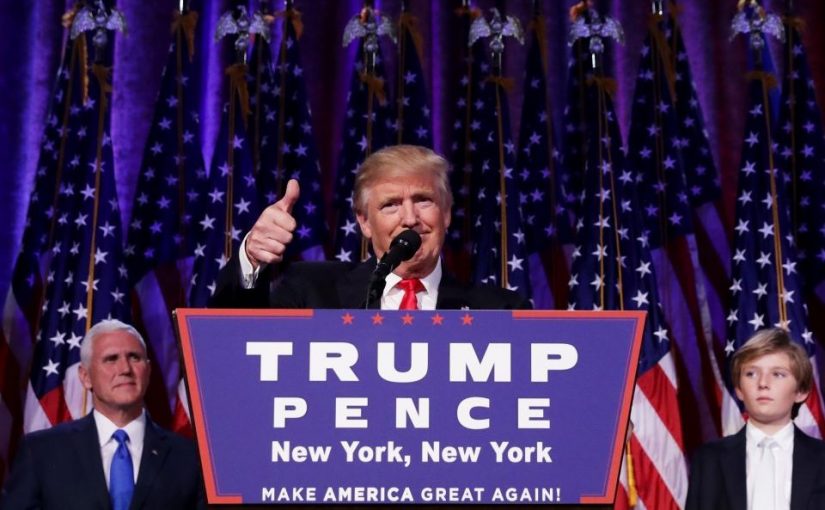 SHOCK VICTORY: Donald J Trump led a controversial campaign to emerge as the president-elect after the US went to polls on November 8, 2016. The Republican ousted Democrat leader Hillary Clinton after low voter turn out and a strong promise for jobs for Americans

WITH IFFI coming in, the quick cosmetic beautification of Campal promenade has begun. As usual it is the trees of the historic promenade which suffer every year. This promenade has degenerated so much, it’s literally gone to the dogs.

But it still remains Panjim’s premier roadway. After all, Panjim is just a four-street town even if it is busy pretending to be a smart city in the making. But burre din are here to take a further toll on the promenade which is turning into a death trap.

Instead of proper repair work to restore the road, all we see these days is a monster machine digging up earth around the grand rain, banyan, peepal, tulip, gulmohar, akash neem trees. They are reduced to staying alive under duress and in mute precarious situations, ready to fall, so tired of insensitive human beings in positions of power they don’t deserve!

It’s not the fault of PWD/CCP labour but their educated bosses who are insensitive to the fact that trees are green fortune in so much as they keep the air we breathe alive with oxygen. Mercifully, the air in Goa is still worth breathing, but with the kind of attitude we have towards trees, it won’t be long before it turns into a breathlessly sick nakli smart city! Trees keep our environment cool besides being the Lord’s gift to Mother Earth and humankind.

Taking in the sight of the ghastly  dug-up pavements in Campal, leaving tree roots brutalised and exposed appears like a conspiracy by those who want an excuse to chop them down for petty money on ancient timber. If Panjim MLA Siddharth Kuncolienkar has his way, the entire promenade will be concretised! Campal’s grand old trees are going and will soon be gone with the wind!

PRIME minister Narendra Modi by suddenly declaring `500 and `1,000 notes invalid has put the common man to hardships across India. This was the same man who promised achche din before elections but today is torturing Indians by springing such decisions, pPerhaps to improve his sagging image vis-à-vis fighting those indulging in corruption and hoarding black money.

Now he thinks he can suddenly turn money invalid and bring in new notes in banks to win his war against corruption and counterfeit currency.

Modi is more interested in harassing his own people. He has failed to bring back the black money in foreign countries and deposit it in every poor Indian’s account as he boasted during the last elections to come to power.

The way he is behaving, it is clear he is scoring his own political points by harassing the aam aadmi. It is left to be seen how much good the demonetisation will do in the long run and who suffers the most for such decisions.

NO RIP FOR FR BISMARQUE?

IT is now a year since the body of Fr Bismarque Dias is languishing in the GMC morgue. The investigation must go on into the cause of his death, till the truth is unraveled. But once post-mortem and viscera reports are in there is no need to keep his remains if not required.

Fr Bismarque selflessly and tirelessly toiled for Goa and his remains should be laid to rest with due respect. It will soon be Christmas and it is distressing that for no reason this great warrior’s body is kept in unhygienic conditions in a regularly malfunctioning morgue infested with rats and other vermin. Why should this great Goan continue to suffer after death to the distress of his friends?

DO not deposit more than `2 lakh cash at one time and 10 lakh cash in a year (1.4.16 to 31.3.17) in a savings account to avoid income tax department notice. Until December 30, there is no limit for depositing cash.

Do not panic and rush to the banks or post office to deposit old notes. First check that whether you have cash balance in your books or not.

Black money can be used to buy gold, property and other inherent natural assets.

People may take entries to convert black to white. Understand its future impact before doing so.

Update your books of accounts immediately to know your cash position. This is all good advice from the Income Tax office!