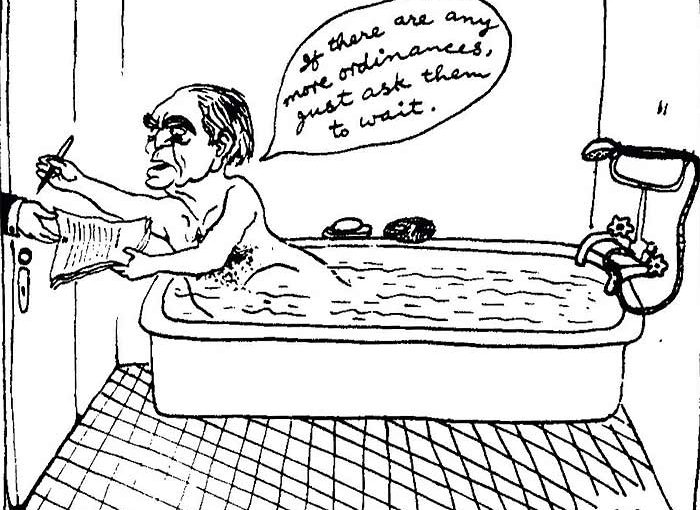 On November 15, Goan Observer completes its 13th anniversary and begins its 14th year as Goa’s only independent media organisation. The Goan Observer Private Limited published the first issue of our political newsweekly Goan Observer on November 15, 2003. It was not easy. We only had `2 lakhs, including the pitiful amount of `90,000 I got as gratuity for 20 years of blood, sweat, toil and tears for the Herald.

It was all the more difficult as the government and then chief minister Manohar Parrikar, was hostile towards us. My friends were scared about helping us openly out of fear that they would be victimised. But many secretly contributed. I would be happy to name them but for the fact that they may be victimised as the atmosphere of fear and intolerance is much greater now than when we started.

As with all media organisations, the going has been very tough since the Bharatiya Janata Party (BJP) returned to power in Goa in 2012. It became worse when the party came to power in the centre and Narendra Modi became prime minister.

We had to cope with one mini narkasur in Goa and a gigantic one in Delhi. We stopped getting government advertisements, as well as payments for advertisements released earlier. Our friends are even more frightened to help us because now we have an intolerant government in the state and an even more vindictive one at the Centre.

I do not believe in miracles. It is only due to the help of some secular friends that we have survived the last four years since the BJP came to power in Goa. We are confident that our achche din will return when Goa votes the BJP out in 2017.

Our only consolation is that we are in very good company. We are not the only media house nor the only independent journalists committed to secularism and freedom of speech to be targeted by the Sangh Parivar. It began with the sacking of CNN-18’s Rajdeep Sardessai immediately after Modi took charge. Modi’s good friend Mukesh Ambani, the silent majority shareholder in the television channel Sardessai built, decided to assert himself and sack the journalist for being hostile to Modi. After all, the prime minister’s goodwill was more important than that of a TV anchor’s.

It was then the turn of Shekar Gupta, editor-in- chief of Indian Express. The son of the newspaper’s owner Vivek Goenka – who himself was the adopted son of legendary publisher Ramnath Goenka – decided that Gupta, who was against communalism and committed to free and fearless journalism, was a liability in his attempts to build bridges with Modi. So Gupta, who had built the Indian Express into the most courageous newspaper in the country, was shown the door. Not surprisingly, two of the scribes given the R D Goenka award for excellence in journalism declined to attend the award ceremony. One of them pointed out that he did not want to share the same frame as Modi who was the chief guest.

Among the latest victims of the fascist saffron government at the centre is popular anchor Barkha Dutt and India’s most responsible TV channel NDTV. Both Dutt and NDTV are victims of the fanatic and lunatic euphoria among the Sangh Parivar over the surgical strikes. NDTV was to be shut down for 24 hours on November 9 for its allegedly ‘irresponsible’ coverage of the attack on Pathankot by Pakistani militants. Its Hindi channel is being blamed for revealing information that was of help to the militants. Never mind that the army itself and every newspaper in India had carried the information before NDTV reported it.

Barkha Dutt is paying the price for refusing to join the frenzy of the other channels including Times Now and the Hindi channels on the surgical strikes against Pakistan. She is being penalised for suggesting that it was not a surgical strike in the strict sense of the world. Even defence minister Manohar Parrikar has now admitted that the use of the word ‘surgical strike’ was wrong as the Indian Army had not used helicopters or planes but crossed the LOC to strike launching pads of the militants within Pakistan. Dutt was forced to cancel an interview with former home minister P Chidambaram who had questioned the claim that the government was the first to retaliate against attacks by Pakistan in Indian territory.

It comes as some consolation that the loudest and most obnoxious anchor, Arnab Goswami – who reduced TV journalism to a shouting match where he yelled over everyone else – has been reportedly sacked by the Times of India. Though he claims he quit, the truth is that he was asked to leave after tweeting nasty comments on the Times managing director and owner Vineet Jain.

Goswami was among the judases who had insisted that any one including journalists who questioned the veracity of the surgical strike are anti-national and should be sent to jail. He even called Barkha Dutt a ‘presstitute’, a favourite form of abuse against independent journalist by BJP leaders including Modi.

To Dutt’s credit, she retorted that if people like Goswami were considered journalists she was ashamed of being part of the same profession.

The controversy over the One Rank One Pension (OROP) scheme has again exposed the BJP. A retired jawan committed suicide to protest the delay in its implementation. Congress vice president Rahul Gandhi was barred from visiting the family in the hospital and was arrested thrice in two days. Delhi chief minister Arvind Kejriwal and deputy chief minister Manish Sisodia were also not allowed to meet the family and detained. Most shockingly, the victim’s family was roughed up by the police and arrested. Several retired defence officers have exposed the lie that the Modi government had implemented OROP.

As we end our 13th year – which has not been very lucky for us – and enter our 14th, we hope all those who are opposed to communalism and who value the freedom of the press will support the Goan Observer. We hope all of you will help the Goan Observer to dislodge the Sangh Parivar from the government in the state and the centre.

We are confident that you will come to our help in our moment of crisis and stay with us till the corrupt communal BJP government in Goa is voted out of power. We thank all those who stood by us for the last 13 years and assure you that we will not bow down or allow ourselves to be crushed by the lunatics and the fanatics.