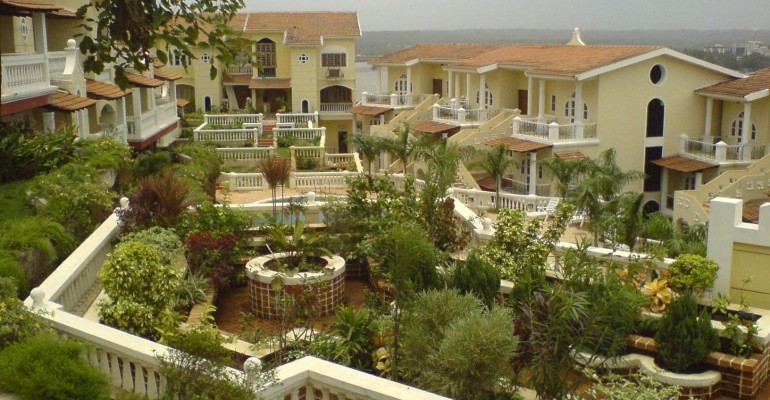 FLOUTED- The Tatas flouted all the laws on hill cutting when they were putting up the mega housing complex on the Betim hill across the River Mandovi.

The Tatas are no better or worse than the Ambanis and the Adanis. The Radia tapes exposed the lobbying of Ratan Tata. The Betim hillock Tata Complex is testimony to the indifference to environment

THE Tatas have never been as ethical as they have been portrayed even when J R D Tata was at the helm. The group has neither been high on efficiency of management nor on ethics and morality as we have been led to believe. Many have been mismanaged even before Ratan Tata took over as chairman. In fact, the first company entrusted to him long before he became chairman of the group was Nelco, an electronic company. His performance was far from satisfactory.

From my own experience, I can testify that Tata companies suffered due to interference from the main promoters, whether it was J R D Tata or Ratan Tata. When I was deputy editor of Business India, I did a cover story on the Associated Cement Company (ACC), then one of the brightest jewels in the Tata crown. It was among the first cement companies to be started in India by the late J R D Tata.

The tragedy of the Tata empire is that though they employed highly qualified professionals with excellent track records , they were never given freedom to function. They had no right even to hire or fire incompetent or superannuated senior executives.

When I wrote the story on ACC, the Tatas had hired as managing director P Krishnaswami, a retired bureaucrat who had turned around several public sector companies including the Steel Authority of India. I sought an interview with him on the low performance of ACC compared to other cement companies. It was a coincidence that both him and I were Tamil-speaking Brahmins, which perhaps induced or provoked him to be rather indiscrete. Or perhaps he wanted to vent his frustrations.

Though I warned him he was being taped and I would quote everything he said, he went on to attack the Tata Group. He was particularly bitter with the then chairman of holding company Tata Sons and all the other Parsis who occupied senior most positions. His immediate boss was the late legal luminary Nani Palkiwala. “How can you run a company with so many senile Parsi cretins?” Krishnaswami complained

He had a right to be angry. Production director Munsif was 82 years old; the marketing chief almost 90. Many senior staff like the company secretary and the finance managers were in their 70s. Despite being managing director, Krishnaswami had no right to sack them. Apparently the Tatas had a policy of never retiring at least their Parsi employees. Chairman Ratan Tata’s retirement age was fixed at 75, but this rule was broken as he has returned to head the company at 78.

The ACC managing director should perhaps have not washed the company’s dirty linen in public by talking to a magazine editor knowing he was being taped. He was unprofessional in bypassing the public relations manager. When the story was published, ACC vice chairman Nani Palkiwala was furious. Krishnamurti was given marching order within 24 hours. It is another matter that the company continued to bleed and was later sold.

Palakiwala was himself a controversial figure. When private sector insurance companies were nationalised, Tata’s managing director SR Irani was appointed chief executive of the Statesman, a Kolkata-based newspaper in which J R D Tata had a large financial stake. J R D was fiercely committed to a free and independent media but Irani kept interfering with the editors, forcing many to resign. Irani replaced than with chamchas, including present editorial director of the Timblo-owned Goan Ishant Joshi. In his book, veteran journalist Kuldip Nayyar, then editor of the Bombay edition of Statesman, recalls J R D calling Irani a bastard.

This is not the only instance of unethical practises by the Tata group. Their disregard for the environment is visible to anyone looking across the Mandovi River from the Panjim side. You cannot help noticing the ugly Tata housing complex on the Betim hill, for which a large part of the hill was cut illegally. I recall an old colleague from the Onlooker who joined the Tata corporate relations department expressing concern over the housing complex on Betim hill affecting the company image.

Cyrus may or may not be a saint, but the Tatas including Ratan Tata are not saints either, as revealed by the Radiia tapes