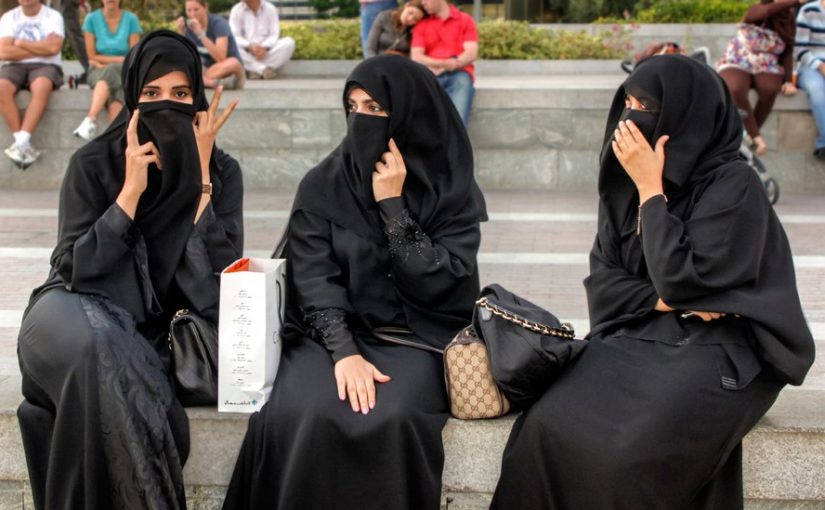 In early December, the Allahabad High Court described triple talaq as “unconstitutional” and a violation of the rights of Muslim women, but such strong words do not mean anything practically and certainly do not settle the issue in law By Tufail Ahmad

The Allahabad high court recently observed: “The instant divorce (triple talaq) has been deprecated and not followed by all sects of Muslim community in the country, however, is a cruel and the most demeaning form of divorce practised by the Muslim community.” It further said, “The question which disturbs the court is should Muslim wives suffer this tyranny for all times? Should their personal law remain so cruel towards these unfortunate wives?”

These are strong words that indicate that the Indian judiciary may be reaching a turning point where it is no longer willing to subordinate its sense of judgement to the whims of Islamic clerics and political correctness.

The court’s observation has come at a time there is growing awareness about constitutional rights available to Indian citizens, especially Muslim women in this case. Ever since the constitution began to be implemented from January 26, 1950, citizens are now more aware than ever about their rights. Indian society is passing through revolutionary times when the cause of Muslim women’s rights is widely supported by people, and significantly not by so called feminist women.

It is a sign of revolutionary times that even semi-educated Muslim women are knocking at the door of the Supreme Court to obtain their rights. The Allahabad court’s observation will strengthen their resolve to claim their fundamental right to equality.

However, it should also be noted that these are observations of the court, not a judgement, and therefore not consequential legally.

The Allahabad court said that it would “not like to say anything further for the reason that the Supreme Court is seized with the matter.” Only a judgement of the Supreme Court, therefore, can settle the issue in law that triple talaq is unconstitutional. However, there are practical issues. At present, Muslim personal laws come under two key legislations: The Muslim Personal Law (Shariat) Application Act, 1937; and the Dissolution of Muslim Marriages Act, 1939. Under the 1937 law, Muslims can contract marriage and divorce as per their religious practices.

Under this law, a Muslim husband can “give” divorce through the mediation of Islamic clerics or effect his own divorce through formal or informal means such as telephone, SMS, email, letter and so on. Significantly, a Muslim husband cannot go to court to seek divorce. He can effect his divorce through two paths: one, he can utter instant triple talaq via formal or informal means. Two, he can issue three talaq, one after each menstrual cycle. Lawyers do not advise the second path because the wife is most likely to file a dowry harassment case if he were to issue the first of the three monthly installments of talaq.

The 1939 law was brought in to empower the Muslim woman to “seek” – not give – divorce. Under this Sharia-compatible law, a Muslim woman can go to court or to Islamic clerics to seek a dissolution of her marriage. Both the 1937 and 1939 laws are as per the Islamic Sharia and legally valid in India, which is in many other ways too a Sharia-compliant state. The provisions under these two laws are as per the Hanafi school of Sunni Islam practised in India. Unless the Supreme Court rules that these laws violate the Fundamental Right to Equality available under Article 14, mere observations that triple talaq is unconstitutional will mean nothing.

Alternatively, the Indian government can bring in a new law that is compatible with 21st century liberties and values involving women’s rights, and replaces these two laws. This can also be done as part of a Uniform Civil Code (UCC). A third practical way of dissolving a Muslim marriage, though not widely known, is for either the husband or wife to convert to any other religion, thereby rendering the marriage dissolved. However, as things stand now, a Muslim husband cannot go to court to seek divorce, and therefore any Supreme Court order declaring that triple talaq is unconstitutional should also clarify under what law a Muslim husband can approach court for divorce.

At the intellectual level, the higher judiciary also needs to be questioned for a number of reasons. For example, the Allahabad High Court’s observation carries many references to the Quran. The justices of many high courts fail to understand that many women are coming to their doors for the simple reason that they are in a certain difficult situation, whatever being the sources of that, which needs to be addressed within the framework of the Constitution. It should be the natural instinct of justice to seek remedy within the Constitution, rather than start investigating what the Quran says.

It is equally a sad situation that the Supreme Court too has lost clarity on this subject. For example, when a Muslim woman approaches the Supreme Court, the case is essentially between herself and her husband or ex-husband. However, even in such cases, the Supreme Court has allowed a number of religious organisations such as Jamiat Ulema-e-Hind to become a party to what is a disagreement between a couple to be settled by the apex court. Therefore, in some way, the Supreme Court empowers such Islamist groups like Jamiat Ulema-e-Hind to rule over the lives of the affected Muslim women. Here, the apex court needs to not lose sight of the fact that the fundamental right to religion is available to the citizen, not to communities and religious organisations.

Last month, I met Maulana Mahmood Madani, the leader of Jamiat Ulema-e-Hind, in Goa. “What do you think of triple talaq,” he asked me. I replied, “The number of talaq(s) is not important; what is important is that it is being used arbitrarily against women by Muslim husbands. And I am willing to even support triple or quadruple talaq if the husband can go to court and after hearing both the sides the court can fix a date for such a talaq to be delivered.” The way my conversation with him progressed, I reached a conclusion that Maulana Madani was not willing to shift even an inch, not even quarter of a centimetre.

I reminded him that in Pakistan, which follows the Hanafi school of Islamic Sharia, divorces happen in courts. To this, Maulana Madani responded that the law in Pakistan was changed under “Wahhabi influence” and he reminded me that he was using the words “Wahhabi influence” carefully. I also asked him about his position on the Uniform Civil Code. He said that let the government bring in the UCC first and then we will discuss it, because it will also apply to other religious communities. I reminded Maulana Madani that the Jamiat Ulema-e-Hind has a large number of lawyers and it should task them to draft a UCC and put it in public domain for everyone to discuss its specifics. He balked at the idea. I also asked him, “Then how is it that Jamiat Ulema-e-Hind has been leading protests against the Uniform Civil Code even without knowing what specifics will constitute it?” My conversation ended with a realisation that such Islamic clerics will not allow any change among Indian Muslims. So, the only hope for Muslim women are the Supreme Court and the people of India.