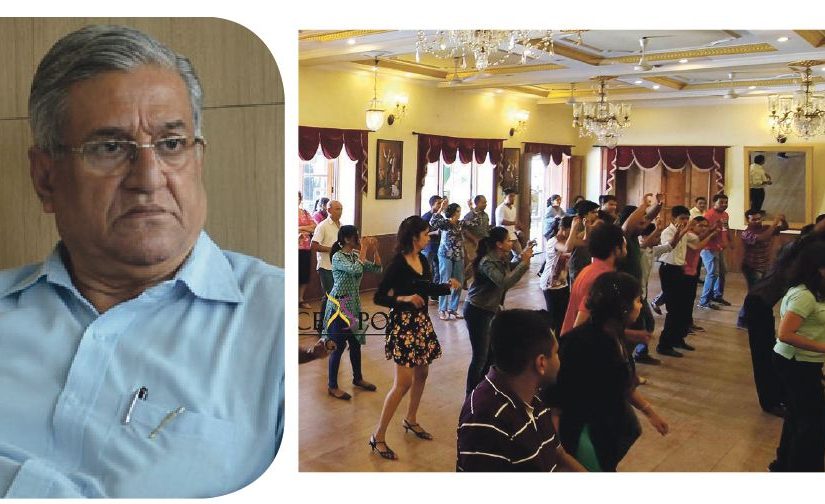 EXTORTION: Dr Wilfred Mesquita is unhappy with the choice of Mauvin Godinho who allegedly demanded `40 lakhs from the historic Clube Harmonica for minor repairs as chairman of the South Goa Planning and Development Authority

BJP’s senior leader, former vice president and spokesman Dr Wilfred M Mesquita lashed out at the party for admitting corrupt elements like Mauvin Godinho and Pandurang Madkaikar ahead of the 2017 elections. He writes an open letter to prime minister Narendra Modi over

I CANNOT expect you to pay heed to letters of every party worker, yet I am hopeful as always that this letter gets the attention it deserves for the sake of the BJP in Goa.

I am also writing this letter with a deep sense of anguish as I bring to your notice how the party in Goa functions. Exactly in diametrically opposite direction to your vision of India, of your slogans which most of the time stir India’s soul.

When I joined the party, about a decade ago, it was purely because I believed that a non-performing government had to be replaced by a performing one that held out hope of honesty, transparency and good governance.

3- Permanent solution to the issue of medium of instruction

Alas, not one of the above has been fulfilled. On the contrary, the tenants of land have been hit the hardest with the transfer of their litigation from inexpensive revenue courts to expensive civil courts.

Sir, fighting for a systemic change, cleaning the economy to free the country from corruption, bringing crooks to justice, punishing the politicians who use black money and generate black money and many more changes are some of your avowed objectives. In Goa, unfortunately the opposite happens.

Sir, there is no better example of political expediency than the recent admission of two corrupt Congress party legislators, so branded by the BJP itself, which apparently were a liability to Congress, namely Mr Mauvin Godinho and Mr Pandurang Madkaikar and their acolytes in the party at the cost of breaking a tried and tested ideological BJP-MGP alliance, which could prove costly in the coming elections.

BJP leaders in Goa never wasted an opportunity and in fact used every platform including the precincts of the august house of the People’s Representatives (Goa Legislative Assembly) to denigrate these two MLAs, whom they have now embraced. As a result, the BJP leaders in particular and the party in Goa in general have lost their credibility. The public now wonders whether these leaders are adept in spreading falsehoods and lies and in character assassination with the sole aim of fooling them.

Sir, I will not bore you with the details of acts of serious corruption of these two men, and you sir, these charges against them were raised by BJP leaders at every public forum available. Please inquire about what I just said with honest and sincere leaders of the party, if the party still has them in Goa. I can think of Mr Shripad Naik, a cabinet minister who lives in Delhi at a handshake distance from you. If you do not believe in any of your Goan leaders, please inquire with the member of the fourth estate in Goa. Still, to be sure, you can ask the IB, the CID and other investigative agencies, local and central, which will provide you correct information. You have the machinery to investigate. Also, please request the party president to send all video clippings of the former chief minister’s open attack on the floor of the Goa Legislative Assembly against acts of corruption committed by both the new entrants.

To be more specific, in the case of Madkaikar, the clipping of 23-07-2014 shows Mr Parrikar exposing his misdeeds. All BJP leaders, including myself, delivered speeches in and out of the Goa Legislative Assembly, denouncing the two MLAs and their acolytes of corruption.

Now: is the decision of the BJP to admit the two, branded by the very same party as ‘corrupt’ Congress MLAs and their acolytes in the party fold a signal that the party’s new vision is to patronise corruption? Are the gates of dishonesty in BJP wide open now? Is it that BJP now stands for principles of convenience? Are these actions of the party a proof that the space for clean, honest people in Goa BJP is shrinking? If true, then what about your motto ‘Na khayenge, na khaane denge’ and ‘Chowkidar ka kaam mujhe tum logo ne diya’, that ‘movement for honesty has to be strengthened’ that ‘the corrupt have to be punished, the honest have to be protected’.

Sir, do you really believe that our country is getting choked with corruption? If so, how are politicians from the Congress branded as corrupt by BJP itself admitted into our party fold?

Sir, I most respectively submit that the people want an answer to the above questions so as to believe that the BJP’s waterloo in the country.

One thought on “NO MAUVIN & MADKAIKAR”