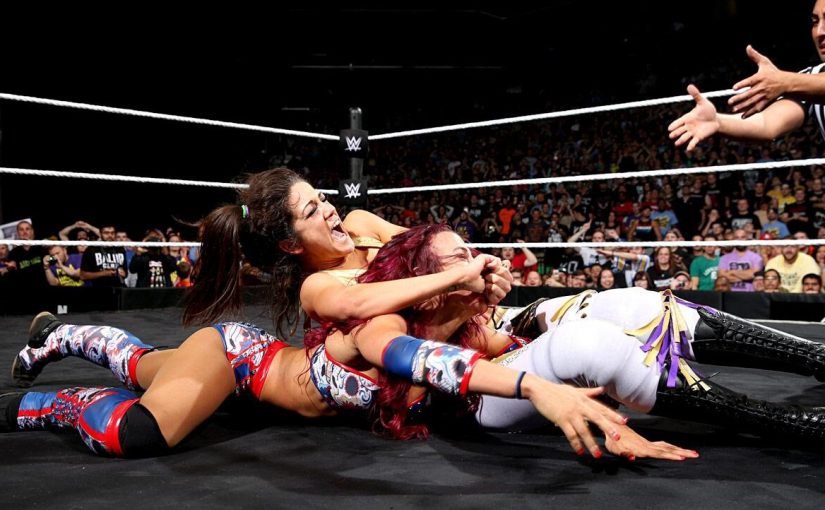 FRIENDLY FIGHTS: The contest in at least Velim and Cortalim will be like the nakli fights between wrestlers that we see on television.

The imminent elections to Goa’s Legislative Assembly are turning out to be a deadly game of Ring-a-ring o’ roses. The innocent nursery rhyme taught all over India and Goa originated in England during the plague and referred to children who succumbed in very large numbers

Like the plague in England and in Old Goa, a deadly game of ring-a-ring o’ roses is being played out by political parties. With elections a little more than a fortnight away and the last date for finalisation of nominations being January 21, no candidate knows which party will give him/her a ticket.

The confusion started with the ruling Bharatiya Janta Party (BJP) coalition. Former chief minister and current Defense Minister Manohar Parrikar was the glue holding together various elements like Catholics who won on BJP tickets and the Maharashtrawadi Gomantak Party (MGP) with whom the saffron brigade had entered into an alliance for the 2012 polls. It was thanks to church support that the BJP managed to win a simple majority of 21 in the 40-member assembly.

He was supported by Parsekar which drove away the Catholics from the Sangh Parivar. The BJP started getting jittery about whether they would be able to return to power, particularly after Velingkar decided to breakaway and form a party to fight the BJP.

The situation was aggravated by the rift between the MGP and Parsekar. MGP supremo Dipak Dhavlikar has insisted that his party is not willing to accept Parsekar as the chief ministerial candidate for 2017.

Panic in the BJP

WITH the Catholics like Avertano Furtado declining tickets and the MGP threatening to break away, the BJP panicked. It started looking for ‘winnable’ candidates – politicians with money and muscle power who keep getting re-elected no matter which party they represent.

It was this panic that led the BJP to induct the two most corrupt Congress MLAs – Pandurang Madkaikar and Mauvin Godinho – into the party. The remedy was worse than the disease, with large-scale revolt by BJP workers headed by vice president and spokesman Dr Wilfred Mesquita.

In its desperation to return to power, the MGP also denied tickets to Ramesh Tawadkar in Cancona and Anand Shet in Mayem. It again imported Congress candidates Pravin Zantye and Vijay Pai Khot to replace the sitting MLAs who were considered weak candidates.

Tawadkar promptly resigned to join the MGP and will be contesting against the BJP. The MGP, which has decided to contest the elections on its own in collaboration with the Bharatiya Bhasha Suraksha Manch (BBSM) and the Shiv Sena, has also induced staunch Congress leader Babu Asgaonkar to join the MGP to take on Rajendra Arlekar in Pernem’s reserved constituency. Before the last date for withdrawals, it is likely that many Congress candidates who have been denied party tickets will embrace the MGP.

THE Congress is in the worst state of confusion. The two factions in the party – led by Goa Pradesh Congress Committee (GPCC) president Luizinho Faleiro and veteran Pratap Singh Rane who has the support of former chief minister Digambar Kamat – are involved in a deadly battle.

Faleiro is against all alliances and wants the Congress party to contest all 40 tickets. Though officially that is his stand, in reality he wants to marginalise Hindu leaders like Rane and Kamat in a conspiracy with his former enemy-turned-friend Churchill Alemao from the Nationalist Congress Party (NCP). The pro-alliance group believes that the BJP can be defeated only if the Congress enters into an alliance with the United Goans Democratic Party (UGDP) led by Babush Monserrate and Goa Forward led by Vijai Sardesai. Faleiro wanted an alliance only with Alemao who obliged him by moving from Navelim back to Benaulim.

The pro-alliance group which wanted the support of Sardesai has the patronage of Congress high command observer Digvijay Singh. Faleiro has a direct line to Sonia Gandhi herself. Perhaps tired of the infighting between the rival factions in Goa when she was more pre-occupied with the much larger Uttar Pradesh, she left the decision to Rahul baba. In the process, there is utter confusion in the Congress as Rahul Gandhi has never been able to make up his mind. His historical policy is to postpone what he can’t decide.

The Congress of course had no choice but to accept all Babush Monserrate’s demands as they know he is a winning horse who can deliver as many as four seats to the Congress. Though the Congress had suspended Monserrate, it has agreed to support him in Panjim.

In addition, it has given a ticket to his wife Jennifer who remained with the Congress, to Agnelo Silveira in St Andre and Tony Rodrigues in Santa Cruz. The Congress has even agreed to a friendly fight in Cortalim where Monserrate demanded a ticket for Ramakant Borkar. In Monserrate’s language, a friendly fight means that the rival Congress candidate will be bribed to withdraw in favour of his candidate.

The confusion or the ring-a-ring o’ roses dance of death is the worst in the case of Goa Forward. Vijai Sardesai has always had the support of former chief minister Digambar Kamat who had fought for a ticket for him in 2012.

When the Congress failed to give him one, he got elected as an independent. More recently, he formed the Goa Forward party, though he officially joined it only on Tuesday. Sardessai has demanded that the Congress concede Saligao, Siolim, Velim and Porvorim besides Fatorda to Goa Forward in the grant alliance.

It is not clear whether there will be an alliance but thanks to Digvijay Singh, the Ranes and Digambar Kamat, Sardessai has had his way in Saligao and Siolim. The Congress is also willing to cooperate with Goa Forward in Fatorda and Porvorim, represented by Vijai Sardessai and Rohan Khaunte respectively.

But in Velim, the Congress candidate is not willing to withdraw as he has the backing of Faleiro. So a friendly fight has been suggested by the Digvijay Singh faction. The Faleiro faction however has dismissed the idea and insisted that the Congress will fight to win.

AS FOR the MGP, nobody trusts the opportunistic party. It has always been in power irrespective of who forms a government. This is particularly true of the Dhavalikar brothers who have been part of both the Congress and BJP governments.

In both, Sudin Dhavalikar – who has now projected himself as chief minister –was the PWD minister. The MGP is riding the high horse in the belief that the BBSM will cut into the votes of the BJP for its benefit. But the BJP may still patch up with BBSM chief Velingkar and has the capacity to force its strong candidate to withdraw.

This was dramatised by the withdrawal of Raju Sukerkar, considered a major threat to Siddharth Kunkolienkar. Parrikar does not mind as he probably assumes that like the MGP, Babush Monserrate will also be willing to make a deal with him as he has done in the past.

THE most popular word in the context of the deadly game is “setting”. The word in Goa means match fixing. Just as in cricket, corrupt players accept money for getting out early or bowling badly, so also our political parties and candidates are experts at match fixing.

Many may not win the elections, but will be much richer as those who want to remain in the fray will pay them either to withdraw or fight friendly elections.

Before you vote for a candidate, irrespective of which party he represents, you have to make sure he is serious and does not have a ‘setting’ with his rivals. Otherwise it will be you, the voter, who will be the victim in this deadly game of ring-a-ring o’ roses.

One thought on “RING-A-RING O’ ROSES, ALL FALL DOWN”