The BJP has been far more corrupt than the Congress. The Mopa airport is a huge land scam which is an action replay of the Special Economic Zone scam. The Investment Promotion Board is the fountain head of mega corruption, particularly during the tenure of Laxmikant Parsekar as chief minister. 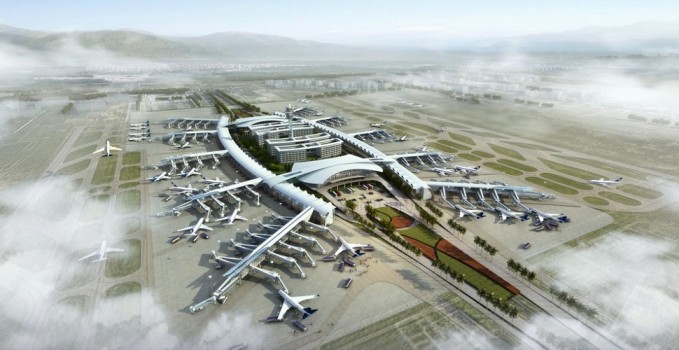 SCAM: It is alleged that more than 80 per cent of the land given to the contractor at Mopa is for commercial development and not for the new Greenfield International airport. This is an action replay of the Special Economic Zone scam.

The day after prime minister Narendra Modi announced the scrapping of `1000 and `500 notes, it was announced that no question will be asked about deposits in savings accounts in demonetised currency up to `2.5 lakhs. As far as we know, there is no limit to fixed deposits in current account registered companies, whether they are private limited or public limited.

IN ANOTHER of these notorious U-turns for which the Bharatiya Janata Party (BJP) is well known for, the Income Tax Department has threatened to slap charges against even those depositing between `2 lakh and `2.5 lakhs in devalued currency under the newly enforced Benami Transaction Acts. The Modi government has also threatened to penalise those who deposit money and those whose accounts the money is deposited in. The rationale is that people with large amounts of black money are using their employees, maids and drivers to convert black money to white through their accounts.

The Association of Democratic Reform has revealed that the BJP received more than `700 crores as political donations during 2014-15. Under the present election commission guidelines, political parties do not have to account for contributions less than `20,000 received in cash. It has been revealed that over 80 per cent of the BJP funds at the centre and state are claimed to be amounts below the ceiling.

If the common man is considered a criminal because he deposits his own hard earned money which he has retained in `1000 and `500 notes, should not the BJP be considered the biggest criminal of them all? If the individual bank account holder has to account for deposits over `2.5 lakhs, surely the same principle should apply to political parties. In fact at present you cannot even get information about party funds under the Right to Information as they are exempt from the purview of the act.

AFTER working for 40 years of journalism, including 33 years in Goa, my total assets including a one bedroom flat in Taleigao is less then `50 lakhs, staying the same over all my years in Goa because I have been an honest journalist. In sharp contrast, between 2005 and 2007 when he was not even in power, the assets of Goa’s present chief minister Laxmikant Parsekar increased by 749 per cent from `1.26 crores to `10.74 crores, an increase of `9 crores over a five-year period when he was just an MLA.

As far as we know, Parsekar has been a school teacher and principal all his life. Should not the Income Tax Department be asking him how his assets increased so much 2007 and 2012? And will the Lokpal and governor let us know by how much his assets have increased since he became a minister and subsequently chief minister after being re-elected in 2012. Will the Income Tax Department investigate whether the saris he distributed to all his sisters in the constituency were bought with cash or paid for by cheque?

THIS question should be asked not just to Parsekar but to all the ministers of the current government. If the Congress, which ruled Goa between 2007 and 2012, was voted out because of rampant corruption, the present BJP government should not be allowed to win even one seat in the 2017 election. It has been a hundred times more corrupt then the Congress government.

At least the Congress provided some jobs even though they are alleged to have auctioned them. But then, every politician in power at least since statehood has demanded huge bribes for providing jobs. With every pay commission, the bribe to the politicians or their agents increases.

The sad part is Goans are waiting, willing and wanting to pay the bribe. They look upon it as an investment which will give a better return on investment in any other form including real estate or gold. Almost every second day, whenever there is an ad for government jobs – whether it is for drivers, lower division clerks, nurses or police constables – I get dozens of requests to use my contacts to get young people I know government jobs.

THEY assure me that they are willing to pay and do not expect the politician to give them the job free. For over a year now, a good doctor friend has been after me to get his nurse’s husband a job as a driver because he does not want her to leave his hospital.

What is the secret of the huge increase in assets of even opposition MLAs between 2005 and 2007, even though their assets are grossly disproportionate to their known sources of income? There is no way Parsekar could have acquired assets worth over `9 crores in five years from his salary as the head master of a school for even if he is the owner of the school. It is a matter of record that Parsekar not only expanded his school but started a teacher’s training college in his constituency during his tenure as chief minister. He has also made sure there would be no competition by refusing permission for expansion to a school started by Congress leader Ramakant Khalap.

In every assembly session, there are questions on hotels and other structures which have come up in violation of the Coastal Regulation Zone (CRZ) rules. Over the last 20 years, the largest number of hotels which have repeatedly violated CRZ rules and gotten away with it are in the chief minister’s Mandrem constituency.

Parsekar, who has been an MLA for three terms, has admitted that the majority of the resorts in the constituency which includes Morjim, Arambol and Ashwem are illegal. Coincidently or otherwise there are areas in Mandrem called little Russia as they are controlled by Russians. Even the menus and tariff cards for rooms and tents built on concrete platforms are in Russian. Is it possible that the increase in his assets between 2005 and 2007 are due to the protection he has extended to these resorts from demolition under the CRZ rules.

The biggest alleged source of kickbacks to the BJP and chief minister is the Investment Promotion Board (IPB) which was empowered to bypass all other regulatory bodies to grant permission to five and seven star resorts, and polluting industrial units like distilleries. It has now been revealed that many of the resorts cleared by the IPB had been refused permission because they did not conform to CRZ rules.

IS IT possible that Parsekar’s assets have shown a further increase from 2014 since he became chief minister? Unfortunately for the resorts and the other industrial units cleared by the IPB without CRZ clearance, the projects have been stayed by the High Court. The Goa bench of the Bombay High Court has made it very clear that IPB permissions are subject to clearance by the other regulatory authorities including the CRZ Authority and the pollution control board.

Parsekar has been guilty of going back on the BJP’s assurance that no fresh casino licenses are issued. Since the BJP came to power, three more casinos have been granted licenses to berth in the Mandovi River. Two belong to the High Street Group owned by Jaydev Mody. Parsekar himself recently granted permission to a sixth owned by a controversial politician who has been charged with serious offenses including murder. Again one wonders whether the chief minister and the BJP have benefited from extending additional licenses to casinos who seem to be back in business after a lull due to demonetisation.

THE Congress was accused of looting and plundering money by delaying the new regional plan till the end of Digambar Kamat’s term as chief minister. The party has also been accused of extending patronage to the mining industry and of handing over large plots to land sharks in the CRZ scam. But the BJP’s scams are much bigger. And unlike the Congress led by Kamat who scrapped the Regional Plan 2011 and cancelled the CRZ policy, the BJP did not stick to its promise of freezing casino licenses.

Between Mopa, the projects approved by the IPB and the proposed electronic city in Pernem, the BJP is alleged to have made much more money than the Congress. How much has gone to the party and how much into the pockets of ministers and MLAs will be known when they reveal their assets while filing their nominations for the 2017 election.

We are not making a case for voting the Congress back to power. Both the BJP and the Congress are equally corrupt. In addition, the BJP is communal and does not believe in freedom of speech or religion, or even your right to eat the food you want to. In all the BJP-ruled states except Goa, the sale and consumption of beef is banned.

Our advice to you is to ignore political parties and vote for the best candidate. We will give you all the information you need about every single candidate. One advantage of having spent 33 years in Goa is that I know the janam kundalis (horoscope) of every politician and expiring politician in Goa! One thought on “BJP MOST CORRUPT”