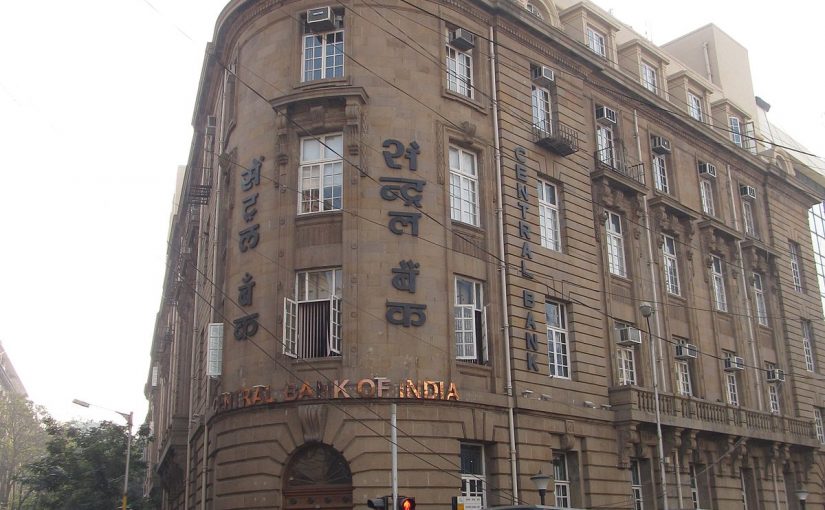 DISGRACE: This landmark of India’s commercial capital now symbolises the worst banking practices as it is among the top four banks with the highest non-performing assets – more than `56,000 crore for FY 2014-15

Public sector banks lead the list of financial institutions with the maximum non- performing assets. These are loans extended to big business houses diverted for non-business purposes, resulting in the inability to repay either the loan or the interest. A glaring example is the consortium of banks headed by State Bank of India which is desperately trying to recover over `7,500 crore from Kingfisher Airlines lent to Vijay Mallya who is living the good life in London

Over the last few years, the issue of non-performing assets (NPAs) has caught the public eye, thanks to the media frenzy surrounding it. Individuals and organisations deeply concerned about the steep rise of NPAs in Indian banks often reach a dead-end due to the banks’ high level of secrecy.

The government, Reserve Bank of India (RBI) and banks try to placate citizens with claims of taking adequate steps to tackle the problem but there is no indication that these steps are adequate. Moreover, the rise in NPAs is not a standalone problem, but points largely towards the shortcomings in the lending processes of public sector banks. Without addressing the issues around lending practices, the efforts to keep NPAs in check will remain a pipe dream.

BANKS are meant to be custodians of money. How they decide to give loans to customers is usually considered a behind-the-scenes matter. Whether they advance the money for safer investments or high-risk ventures essentially remains their prerogative.

The ongoing crisis necessitates the need of a much tighter regulatory oversight and accountability to people when it comes to lending. In an age when transparency and information sharing are considered cornerstones of bringing a higher level of public accountability, banks as public institutions cannot to hide data on large scale lending from the public, as this has direct bearings on the larger financial ecosystem.

Lending is inherently a risk-laden process, where some loans will become non-performing in the long run. However, to ensure that banks suffer the least amount of losses due to various risk factors involved in lending, a thorough risk assessment (or due diligence) is needed while giving out loans. In response to people’s curiosity about banks conducting risk assessment, only hollow assurances are given.

The opaque decision-making process takes place in boardrooms, distorted by political pressure and skewed by incentives from corporate houses to fuel their growth. This makes the case stronger for demanding higher transparency, not just around the data on NPAs, but on the lending process itself.

Moreover, lending does not remain a one-off process for banks, but over the course of time requires constant monitoring to ensure that banks are able to get their returns. Monitoring would also help prioritise refinancing and restructuring within the ambit of responsible banking practices. But the process is also prone to getting more complex under the consortium banking model, where a number of banks pool a large quantum of money together to provide loans.

This stage of monitoring implies that transparency is inherited at this and subsequent stages. To improve the efficacy of restructuring or refinancing, such deals should come under the public scanner, as a lot of indiscriminate decision-making has been exposed in the past few years, where companies with fairly poor balance sheets have been able to get their loans restructured, which in turn obfuscated the distressing situation of NPAs.

The media attention on NPAs often reaches a dead end due to the unavailability of in-depth information. Banks are wary of sharing NPA data, often giving the pretext of protecting the secrecy of their customers. But the question ensues as to what purpose such secrecy serves, especially for the larger public interest? If there are industrialists/promoters/companies defaulting on huge loans, then why should banks not release their names in the public domain? Why should defaulters get protection? Or are the banks trying to hide their own failures in terms of giving loans freely to risky companies and projects?

BANKS can choose to cite the fiduciary relationship with its customer as the reason for not disclosing mega loans, but their continuing functionality in this manner is the larger question that needs to be addressed. A further question revolves around the purpose behind this veil of secrecy.

The RBI Act 1934, the Credit Information Companies (Regulation) Act 2005, and the Public Financial Institutions (Obligation as to Fidelity and Secrecy) Act 1983 come into play to restrict any disclosure on data about its customers. However, there should be space for debates and discussion for assessing the need to amend certain legislations in order to serve public interest.

Recently, even the Standing Committee on Finance in its report on NPAs echoed a need to amend laws governing secrecy if required, along with mentioning the need for making public the names of wilful defaulters.

THE report mentioned in its recommendations that:

“It has been reported that wilful defaulters owe public sector banks a total of `64,335 crore, which constitutes about 21 per cent of the total NPAs. Therefore, as a measure of public accountability, the committee recommends that each bank focus on their respective top 30 stressed accounts involving those categorised as ‘wilful defaulters’ and make their names public.

Such a step will act as a deterrent for each promoter against wilful defaults. It will also enable banks to withstand pressure and interference from various quarters in dealing with promoters for recoveries or sanctioning further loans. On the other hand, promoters will also be cautious before applying for loans.

The committee, therefore, recommends that provisions of the RBI Act or any other guidelines should be amended, if required, to facilitate such publishing of the names for each bank. The committee is of the view that when companies, which have undergone restructuring for stressed loans, are made public, there cannot be any justification for maintaining secrecy on this count.”

The dire need for transparency in lending practices and NPAs should also bring under its ambit collateral and guarantees. Loans often backed by virtual assets as collateral majorly fuel the speculative nature of lending, which grants a false sense of security to the banks as lenders.

While on paper it appears that the banks are securing the loans before lending, often the reality check comes when the loan is defaulted and banks are able to recover only a fraction of the dues. In such scenario, it emerges that the loans were backed by virtual assets like promoters’ shares, shares of subsidiary companies, guarantees from group companies and directors, brand names, etc.

If this kind of data is put in the public domain, it would automatically expose the shaky foundations on which the lending spree in gargantuan proportions is taking place. The need for transparency is amplified in cases of massive write-offs by the banks, which seemingly distort the true picture of the crisis.

The consequences of an increase in NPAs are not just about reduced profitability for banks, but this also erodes their capital base, which is detrimental to their health in the long run. The government has intervened from time to time through capital infusion to offset the effect, though it also helps to reinvigorate the banks, but then the question ensues: where does the government provide the resources for capital infusion? Such a provision comes from budgetary allocations, which could have been channelised for socially responsible governance.

WHILE the onus primarily lies on the banks to take proper steps to address the problem of bad loans, the role of the RBI as the regulatory body for banks cannot be overlooked. The RBI, in its vested powers, can make it mandatory for banks to disclose more information about sanctioned loans and NPAs in the public domain.

Moreover, the RBI should bring stricter norms for the quality of collateral taken by banks, ensuring that only physical assets are pledged. The RBI should also devise mechanisms through which the current trend of supplanting the requirement of physical assets as collateral by pledging promoters’ shares and shares of subsidiary companies is checked. The Standing Committee on Finance Report on NPAs came up with its recommendations, where it mentions:

“The committee takes note of the various guidelines issued by RBI from time to time to ensure effective management of NPAs and to enable speedy and prompt recovery. However, it is constrained to observe that the RBI does not seem to have quite succeeded, as a regulator, in so far as implementation and enforcement in letter and spirit of its own guidelines, or stressed loans is concerned. Mere issuing of guidelines by RBI does not seem to have yielded the desired results.”

It further says, “As the committee would not like the RBI to be a passive regulatory body, when major lapses occur in banks, it would be in the fitness of things if the RBI exercises its regulatory power vis-a-vis banks to take punitive action in cases of default and to enforce their guidelines.”

While voluntary disclosures and proactive sharing of information will not be a panacea per se for tackling the menace of NPAs, this would still act as a major deterrent for the people within the banks. It would also prevent people outside the banking system from abusing the banks for their personal gains and jeopardising the entire economy.

Even reducing the NPAs cannot be the end goal for banks, as it would be about treating the symptoms and not the inherent causes. Somewhere, the NPA problem is becoming malignant and unless a surgical treatment is administered, a band-aid therapy would remain at best futile, as echoed by Raghuram Rajan.