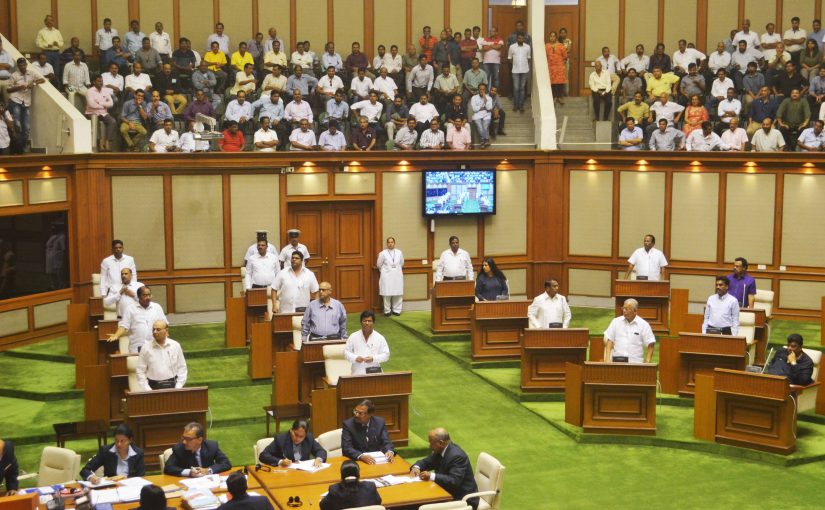 HELPLESS: Congress MLAs stand during a floor test in the Legislative Assembly, losing power at the helm despite winning 17 of 40 seats in the recent elections ( Pic by Gourish Poke)