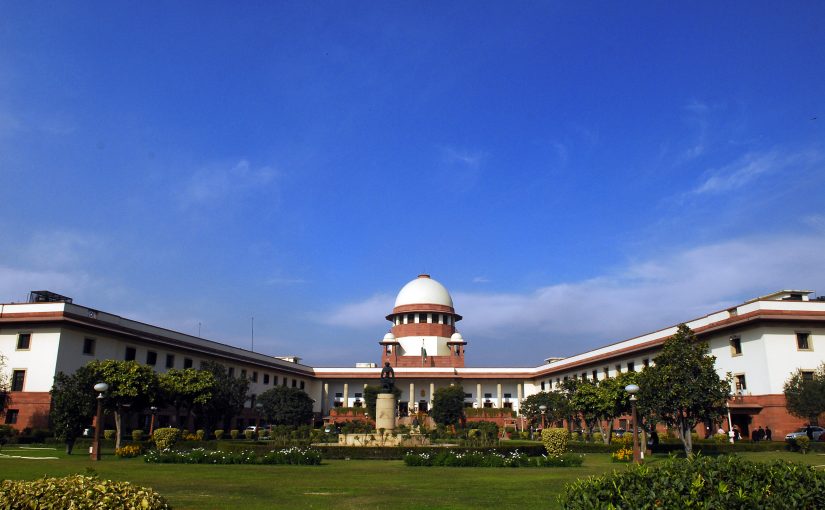 THIRD UMPIRE: Goa governor Mridula Sinha made a mockery of the Supreme Court directive on choosing a neutral pro-tem speaker in consultation with the Congress by swearing in the junior-most MLA and close confidant of Manohar Parrikar, Panjim MLA Siddharth Kunkolienkar

AND a few stray thoughts on new chief minister Manohar Parrikar’s retort to Rahul Gandhi’s charge that the BJP had stolen the mandate in Goa and Manipur from Congress. In an interview to NDTV, he cited the Marathi version of the Hindi proverb, “Naach na jaane, aangan teda” – those who do not know how to dance will claim the floor was crooked. A more appropriate example would have been of the hare and the tortoise. Goans are more likely to be familiar with the story of how the arrogant hare took a nap, confident that the tortoise could not catch up in the race. Even as party high command observer Digvijay Singh tried to bring about a consensus on who should be leader of the Congress Legislative Party (CLP), the BJP tortoise had already reached the Raj Bhavan with letters of support from the MGP and the GF.

The Congress has only itself to blame for becoming the laughing stock in the state and the country. With 17 elected MLAs to the BJP’s 13, the Congress needed only four more to stake a claim to form the government, while the BJP needed double that number.

Digvijay Singh, who proved to be a Dig-har Sink, did approach Vijai Sardesai for support to form the Government, but the latter was adamant that the Congress  should first select its leader. He feared they would select Faleiro, who had double crossed him. The GPCC chief had fielded Congress candidates against Sardesai in Fatorda and other GF candidates in Saligao and Siolim in spite of the understanding that these constituencies would be left to the coconut party.

THE BJP tortoise however had no problems selecting its leader. On the contrary, alliance partners MGP and GF are reported to have insisted that they would extend support to the BJP only if Parrikar returned as chief minister, which he was delighted to do as he has not been happy in Delhi and has missed his xit kodi. The difference between hare and the tortoise was the speed with which the tortoise moved. Within 16 hours after the results, the prime minister relieved Parrikar of his post as India’s defence minister. Between union transport minister Nitin Gadkari who has always had a close relationship with Sudin Dhavalikar and Parrikar, they had managed to persuade the MGP, Goa Forward and two independents Rohan Khaunte and Ramesh Gaude to issue letters of support to the BJP conditional on the fact that Parrikar would become chief minister. No wonder governor Mridula Sinha did not hesitate for a moment to appoint Parrikar as chief minister.

Politicians are normally greedy and want more and more power. A normal politician would be waiting, wanting and willing to give up the chief minister’s post of a small state like Goa for the third most powerful job in the country – that of the defence minister. But it must be placed on record that from the time he was made the offer, Parrikar was reluctant to be promoted. Goa was his comfort zone and he had no desire to go to Delhi even as Raksha Mantri. He had to be ordered by BJP president Amit Shah to obey the prime minister’s demand. Even as defence minister, Parrikar spent more time in Goa than in Delhi. It is a refreshing change that he was delighted to return to tiny Goa as chief minister rather than be the commander-in-chief of the second largest defence force in the world. It speaks of his stature in the BJP that not only the Congress president, but as many as three central ministers including Nitin Gadkari, Venkaiah Naidu and health minister J P Nadda were present at the swearing in. Perhaps Modi also feels that the BJP should not lose control of Goa because it was from here that he started his journey from being chief minister of Gujarat to becoming prime minister courtesy Parrikar who was one of his earliest supporters even defying L K Advani.

AND a few stray thoughts on Parrikar being sworn in as chief minister at Raj Bhavan on March 14. He was either very excited or very tired after the hectic 16 hours spent in snatching victory from the jaws of defeat.

Though Vijai Sardesai was number two in the list of cabinet ministers announced by the chief secretary, he seems to have struck a better bargain than MGP’s Sudin Dhavalikar. The original plan was to give cabinet berths to the GF and MGP. But Sardesai threatened to walk away if the original promise of cabinet seats for all three GF MLAs was not kept. Along with him, Vinod Palyenkar who won Siolim and Jayesh Salgoankar who defeated tourism minister Dilip Parulekar in Saligao were also inducted into the cabinet. Despite all the abuse heaped on Sardesai on social media and the protest at the NIO circle by an angry group of Xaxtikars, there was no booing or protest when he took the oath of office.

DHAVALIKAR who had ambitions of becoming the chief minister of a MGP-Bharatiya Bhasha Suraksha Manch-Shiv Sena alliance but could only get three seats, had to settle for two in the cabinet. It is not known whether the fact that he was the first to be sworn in means that his demand for deputy chief minister has been conceded by Parrikar. Poor Francis D’Souza, who was deputy chief minister in the outgoing BJP government and had staked a claim to the chief minister’s post when Parrikar moved to Delhi, was placed at number four in the order in which ministers were sworn in. But perhaps he should thank his stars as he was the only BJP MLA to be sworn in.

Of the MGP MLAs sworn in, second was Manohar (Babu) Azgoankar who switched from the Congress just before the elections. The irony is that he is not from Pernem where he defeated senior BJP leader Rajendra Arlekar who reduced the coconut tree to the status of a grass. Babu is the king of Gandhi market in Margao which he has been controlling for the last two decades. Sudin Dhavalikar could not have been amused that independent MLA Govind Gaude who defeated his brother, MGP president Deepak Dhavalikar, in Priol was also sworn in. The GF tally in the cabinet is actually four if we take into account the fact that independent MLA Rohan Khaunte was also close to Vijai Sardesai.

Ruling with an Iron Fist

DUE to the compulsion of coalition politics, only one of the 13 BJP MLAs was given a cabinet berth. Among the most disappointed was Calangute’s Michael Lobo who played a major role in persuading Sardesai to join the alliance. In any other party including the Congress, the exclusion of most elected MLAs of the party would have led to a revolt.

In fact, it was because party MLAs were not given the kodels they expected that there have been repeated revolts against Congress chief ministers. This was witnessed during the 90s when there were 13 chief ministers and 13 governments in 10 years. The longest tenure of a chief minister in the 80s was two years and the shortest 48 hours. It speaks well of the discipline in the BJP that there is not even a protest against the exclusion of 12 of the 13 elected BJP MLAs from the cabinet.

The Congress could have defeated the BJP in the vote of confidence held on Thursday if they had offered Michael Lobo or Francis D’Souza the chief minister’s post and cabinet berths to all 12 BJP MLAs left out of the cabinet. But it is too selfish to part with even one berth, leave alone the top post. And the BJP MLAs are too scared of Parrikar to revolt.

But the Court did not absolve the governor either for showing bias in appointing Parrikar as the chief minister. It did not approve of the long rope that the governor had given Parrikar to prove his majority. The governor gave him 15 days to prove his majority on the floor of the house. For those unfamiliar with the parliamentary system, any leader invited to form the government on the basis of his/her claim that he/she has the majority must prove he/she has the numbers in a vote on the floor of the House. To give an analogy, Virat Kohli might claim that he will win the third test against Australia by 500 runs. But he has to prove his boast on the field.

For the swearing in, normally a pro-temp speaker is appointed. With the BJP in power at the centre and the state, the Court was conscious that any speaker appointed by the governor or the BJP might not be a fair umpire. In fact, there have been many cases where – like in cricket – even when the chief minister has been clean bowled the umpire refuses to give him out.

The Supreme Court therefore has made sure there will be a neutral umpire who will conduct the proceedings of the house without any bias. The Court will function like the DRS or the third umpire in cricket who is referred to by captains or field umpires in the case of doubt and gives the decision based on TV replays. Parrikar won the vote of confidence comfortably with a margin of 23 to 17 with even Churchil Alemao voting for him though he has not been given any post.

AND a last stray thought for yet another Saturday. In an action replay of the Scarlett Keeling case in Anjuna over a decade ago, an Irish woman’s nude body was found at  Devbagh. Danielle McLaughlin, 28, who was living in Arambol, decided to spend a few days at the Palolem beach in Canacona, a favourite with foreign tourists. She reportedly told her friends that she was meeting Indian friends she had met on a previous visit, who would help her to find a room in Palolem.

Apparently, she rented a sea-facing room and was seen in several shacks on the beach on Tuesday. Her nude body riddled with injuries was found in the fields by a local who reported it to the police. The police have confirmed that it is a case of murder.

However, whether the murderer will ever be found, or punished even if found, is the question, considering that all the accused in the Scarlett Keeling case were acquitted for want of evidence. In fact, her mother, Fiona MacKeown, has announced a reward of `20 lakh to anyone who will give evidence to help secure justice for her daughter who was drugged, raped, and left to die on Anjuna beach.