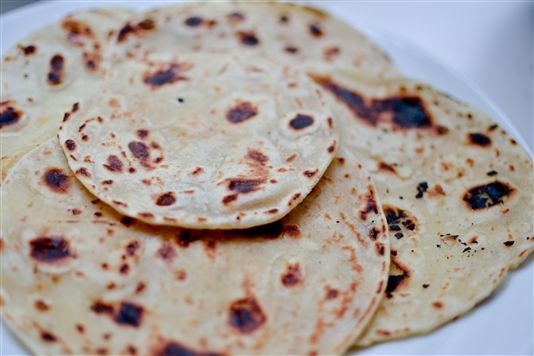 Chappati versus “double” or sliced white industrial bread: Both have become our staff of life, but old-fashioned wheat chappati wins hands down. They are wholesome and fiber-rich (provided the wheat is not genetically modified, nor chemically farmed, and the fat used is not hydrogenated or refined)!

WITH an unseasonal summer almost here my petty squabbles with the hubby are increasing! Is this what happens to most couples after 15 years of marriage? I asked a friend who replied, “It happened to me only after three years and two children!”

It’s anyone’s guess how long it takes for couples to entertain incompatibility or take each other for granted in X number of years. It’s up to you, when you accept that it has happened. Rare marriages are evergreen, but most tend to get discoloured with time! Of course, one may continue living in cuckoo or lulu or fool’s world depending on one’s threshold for tolerance and patience. That’s something the younger generation of women don’t suffer from though, I notice. Hey, I come from a place where women were treated okay if they stayed invisible, un-opinionated and co-operative. I don’t think I ever had a conversation with my father as a friend, or for that matter my mother! If you were a good daughter you married at the right time as soon as parents/relatives found a decent groom for you. After you got married, the rest is the history of your karma to make the best of or rue in quietude. With the latest Women’s Day I was musing over how I reacted once upon a time and sometimes still do for old time rebellion’s sake!

It keeps dawning on me too late in life that I was a daughter and some sort of a burden to be rid of as quickly as possible. The father I respected wasn’t  thinking of me when he packed me off post haste to India the day I turned 20 in Penang, Malaysia. (I was born in a railway station master’s home in Viramgam, Kathiawad, Gujarat and had gone out to Penang as a four-year-old with my mother.) I guess my parents were thinking only of limitations when they decided I should be sent off to get married to some Gujju guy in India, and his sister (my foi) in Mumbai would take care of all that.

LIKE I always said on previous occasions I didn’t have the guts to defy my father, but once in India I became the mistress of defiance! For years on end I wilfully turned down “marriageable” (whatever that means) men and was on my own more or less to live or to die. I lived. Instead of teaching the father a lesson I only lost out on time and years flew by with my nose to the grindstone in various offices. In my 60s now when I see my friends turn to children/grandchildren for comfort, I grumble to the hubby, “Why didn’t you marry me when I was a pretty young 25 years something in Mumbai?” He replied, “You wouldn’t have married me then even if I’d paid you any attention and proposed!” He married elsewhere and that marriage fell apart. I met him anew in my late 40s rapidly turning into 50s. We got married in our early 50s and 15 years later we’re married enough to squabble bitterly!

Why don’t you drink water, I tell him, I notice that you drink water only when with your medicines. Undoubtedly you have health problems, but some of them would ease if only you drink more water. “Don’t talk to me if you don’t want to drink water!” His response: “Must I do everything you tell me?” No, of course not. On principle he thinks wives are like nagging mothers and must be tolerated, and that only men are monuments of patience! I retire in my blues by going and helping myself to a second or third breakfast somewhere out, while he buries himself in work, newspapers, books, and junk food at home.

HAVE you noticed how the prices of things have gone up anew by anything from `5 to `10? My wholesome loaf of bread (100 per cent atta hopefully) is now priced `40 instead of the earlier `30. A bunch of gauti banana is `70-`80 a dozen. Apples from New Zealand are `180 per kg as for the imported plums don’t even touch them. Fruit can be as deceptive as human beings! The plums continued to look luscious for a couple of days but when I cut them they were rotten brown within and I had to chuck them out.

Have you seen videos (all the rage now on smart phones) of how con-businessmen  (the tribe is increasing) are making synthetic eggs, synthetic rice, and synthetic meat out of plastic?

Forget bread, eat fiber-rich chapatti, I urge myself, instead of industrial sliced white bread. Of late when it’s too hot to make chapattis at home I go out looking for them and discovered that there’s quite a useful choice! The All India Women’s Conference (AIWC) (Goa Branch) outlet at the Institute Menezes Braganza Building, are the best. At `4 per fine chapatti, they come in packs of three (`12) and get over the moment they arrive at 10 am something.

Then at the Magsons superstore counter you may find 5-chapatti packs for `25 but I fear these are fatted with dalda ghee. I tell the hubby the AIWC chapattis are in fact finer and softer than the ones I make at home. He says, “No, you make them, I like your hot phulka more!” So while he eats hot phulka I content myself with my AIWC chapatti, turning any leftover ones into khakra (Guju-styled round crisps) by pressing them with a clean cloth bundle over a gentle fire…and try to hang on to my sense of humour!

OF COURSE, cooking at home is more economical. Eating out gets more and more expensive. Actually, I’m eating out less and less, but I’ve started buying from out more and more! Like I’d buy the hubby puri-bhaji and myself a vegetarian pulao from Café Bhosale …and then he’ll say “Too many green chilies in this bhaji, you know I can’t eat chilies and have to pick them out. I prefer the Café Tato or Navtara’s bhaji where I can pick out the green chilies easily!” Then for some time I’ll go back to cooking at home and so it goes, the trials and tribulations of being a housewife who’s been married for too long!

Funny, when I was in my innocent teens in Penang I used to dream of being married only for a few years at a time. Do you think give or take a few more years the world would have moved ahead so much that the institution of marriage would be a thing of the past and we’ll have robots in every home instead of real human beings? Don’t laugh, at life’s end I’m dreaming of a real dream robot to keep me warm in bed!