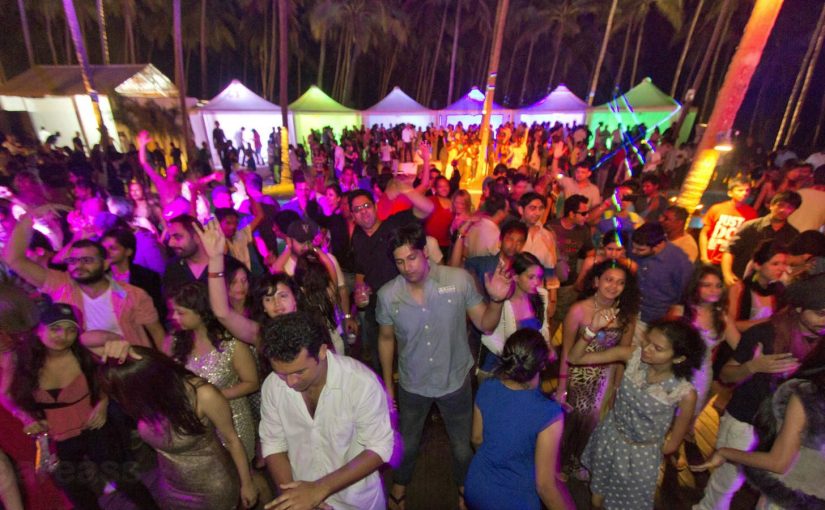 FUN BANDHI: Now it is fun bandhi with the Supreme Court wanting to close bars and the Goa Forward Minister from Siolim wanting to crack down on any party which goes on beyond 10 pm. NDTV has projected Chief Minister Manohar Parrikar as being anti-fun for threatening to enforce the 10 pm ban

In the context of the ban on bars within 500 meters of national highways, and local demands that loud music should not be played beyond 10 pm, it would appear that Indian politicians don’t like Indians and Goans having fun

FOR some reason, officially, Indians are supposed to hate fun. Little wonder our politicians or courts don’t spare a moment to reconsider a decision that will kill fun. As long as the intent is good we don’t mind crushing anything fun, even though the decision might not achieve anything worthwhile.

One of the biggest casualties in our country is alcohol. We see it as a sinful form of fun. We believe that the state should regulate it as much as possible, even if it means banning it altogether or making bizarre rules that lead to 5-star hotels emptying their mini-bars overnight.

The recent Supreme Court order, that disallows alcohol sales within 500 metres of a state highway, is the latest such rule. Overnight, it has rendered thousands of businesses unviable, and will make lakhs of people lose their jobs. This, when businesses had invested huge sums of money stupidly believing that (a) India is a real country that will not change rules overnight; (b) if you have the right licences, nobody can stop you from doing business; and (c) India is a good place to invest.

Of course, they may have been foolish to believe that Indian government and legal systems will protect businesses. Because while we make ads about “Make in India”, once a businessman puts in his money, the policy often ends up being “make life hell” for him.

However, the only apparent casualty seems to be people who sell and consume alcohol. And since they are seen as participating in business that only creates ‘pleasure’ or ‘fun’, we think it is morally okay to bash them. Of course, we are not interested in the damage it causes us.

THESE include: one, harming India’s business-friendly image abroad. It shows foreign investors we are a banana republic who will change rules on a weekly basis and not protect their investments.

Two, it damages finances of states, who rely on tax revenues from alcohol, which in turn is used for welfare measures such as education and healthcare (yes, this sinful alcohol pays for many Indians’ healthcare).

Three, it encourages an illegal economy to crop up, because those who want alcohol will find a way to get it. Prohibition, or even restricted sales, has failed worldwide. It only encourages bribes, corruption and under-the-counter dhabas on the highway selling alcohol.

The funny part is, this 500 metre measure will not achieve its desired goal – which is to prevent people from drinking and driving on the state highways. If I have a vehicle it will take me less than two minutes to take a 500 metre detour to get my fix of alcohol for the road. You really think this would deter any driver?

Another pointless add-on to the rule is there can be no signs pointing to liquor shops on the highway. Whoever thought of this idea could never have heard of Google Maps. It will tell you every shop around you, and even navigate you through the shortest route to get there. Yes, drivers have that on their phones today. Not to mention the new signs that will soon say “Refreshment Centre wink, wink” all over the highway. They won’t mention alcohol, but they will ensure you get to the right place.

OF COURSE, the fact that state highways now pass through a densely populated city like Mumbai, and hundreds of establishments in malls and 5-star hotels had to close down for no reason shows the rule wasn’t well drafted. It harms tourism, local economy, revenue collection, employment prospects for those directly involved and doesn’t reduce drunk drivers on the road. Pretty pointless, isn’t it?

The only way to keep drunk drivers off the road is (a) heavy penalties and punishments to offenders; and (b) a campaign highlighting how dangerous it is to drink and drive. That is what is done all over the civilised world and there is no reason we shouldn’t try the same approach.

Which brings us to the overall issue of the blanket bans and restrictions that India tends to announce every few weeks. Should we also consider, before we announce a draconian rule, the global standard? If India aspires to be one of the developed, civilised and modern countries of the world, can we adopt and adhere to some global practices? Alcohol sale is not restricted at all in many countries, and yet they have managed to reduce drunk driving to a large extent.

Rules of the 500 metre type only create chaos and damage the economy, while offenders can easily adjust to the new arbitrariness. President Obama used to meet people for a beer in the presence of media. Global CEOs and achievers in every field occasionally have a drink or two and still function pretty well. To think of alcohol as a sin only because some abuse it is incorrect, at least so far as modern world practices go.

It is time India grew up and came close to a global standard. Drunk driving is a serious offence. Alcohol use should be moderate. While laws should exist to curb drunk driving, they should be sensible and drafted in a manner that solves the problem.

In general laws should not be arbitrary and pointless, written so hastily that someone might suspect lawmakers are under the influence.