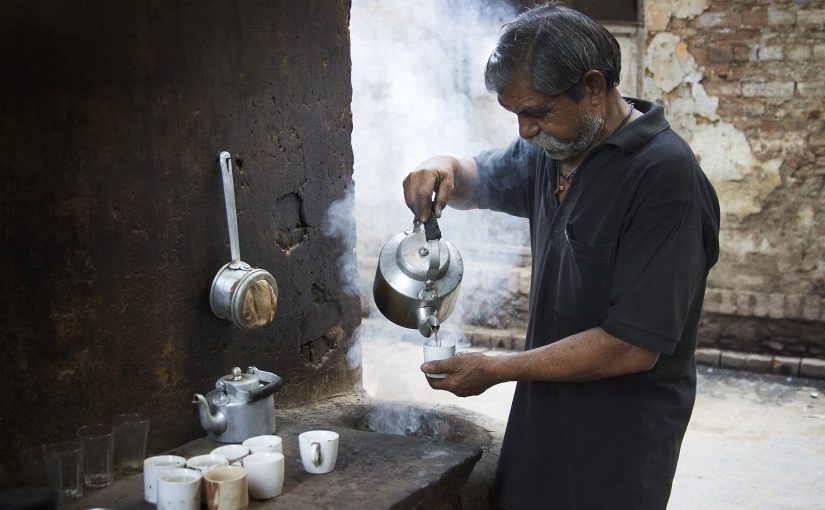 CHAIWALAS: The typical chaiwala makes more in two days than a fresh graduate makes in a month!

Unlike nakli chaiwala Prime Minister Naredra Modi, who allegedly in his youth worked as a chaiwala for his father and occasionally served tea to the customers of his father’s tea-stall, asli chaiwalas should remember that not all chaiwalas rise to  become political leaders

CHAI (tea) has always been a favourite hot drink or beverage for all of us Indians or at least most of us. But ever since Prime Minister Narendra  Modi announced that he was a chaiwala, there seems to be a new brigade of chaiwalas and the number of people who drink chai from roadside chaiwalas has grown by leaps and bounds.

These days being a ‘chaiwala’ seems to have become a very prestigious and money-making business. Suddenly there are hundreds of “chaiwalas” in every nook and corner of every city, especially in Mumbai.

Thousands of young men who are graduates and even post graduates are turning to this profession of being a “chaiwala” and mostly of them are either from Gujarat, UP or Rajasthan.

There seems to be no need for a license to run their business. All they need is a corner or a place under a huge tree, a few dozens of mini glasses, a gas stove, tea leaves whose quality no one can judge or has the time to know, but it is generally believed that the tea leaves are what have already been used in some posh hotels and then dried on the pavements in different corners of the city, especially in Dharavi known as the largest slum in Asia. The milk used in the making of tea comes from places that have never been heard of before and the packets in which the milk is kept have never been heard of in the market.

There are managers and assistant managers and boys who are hardly in their early teens to help in the preparation of tea and carrying glasses of cutting-chai to different offices and other working places. The “owners” of this chai ki dukaans are experts in handling the local leaders of the mafia, the police and the BMC officials and inspectors who make their regular round to not only collect their haftaas  but also to take the bribes which the owners offer willingly. Once in a way, these BMC officials break down the chai ki dukaan and carry away as much material as they can and the dukaans have to be closed for some days, but it is business as usual within the next two days of even less. That is how the business is run and the boys know the ins and outs of running this new kind of business which employs thousands of young men who are paid a pittance as a salary but are guaranteed their breakfast, lunch and dinner (samosa paavs for breakfast and dal chaaval for lunch and dinner) and a corner in a room in one of the many slums with ten boys living in one room sometimes and no swachh shauchalayas, (clean toilets) which the chaiwala Prime Minister has been promising every Indian.

THESE chaiwalas are not only patronised by the poor and the lowly, but by men and women in high positions for whom a cigarette in their fingers and a cutting-chai in one of their hands has become a fad and a need. If they go to even a third grade Udupi hotel, they have to shell out at least 10 rupees for a cup of tea, but with the chaiwalas they can get a glass of tea and a biscuit which strangely is the kind of biscuits that are common to all the chaiwalas shops.

Besides the crowds of chaiwala centres and chaiwalas there has been a sudden spurt of fashionable chai centres. We have high-level, stylish tea centres with names like ”The Taj Mahal Tea“, which is like a five-star hotel and situated in the heart of Bandra,which still maintains its age-old title of “The Queen of the Suburbs”, “The Tea Tree”, “Chaayos”, “Samosa Chai”, “Chai Coffee” and “Wagh Bhakri” among many others and there are some more coming up.  There seems to be as many brands of chai as the many slogans of the chaiwala Prime Minister.

Every chaiwala in the corner makes an average of about a eight to ten thousand rupees a day or even more.

And the boss who owns a chain of chaiwala dukaans is the boss so where is the need for him to fill in forms and applications and vie with graduates and post graduates for jobs in which they can earn only about 13 to 15 thousand rupees a month?

Most of the chaiwalas have no permanent homes. Most of them have their homes in the same place where they have their chai ka dhanda. They have a good life and make enough money to save enough to send to their gaon.

At one time we only had the Irani tea or the Udipi hotel tea or the Ahmedabadwala tea, but they have all grown old fashioned and are out. In their place has come the famous cutting-chai of Mumbai, where of late cutting-chai and vada-pav have even started finding their places in the menu of five-star hotels.

What I wonder is if the chaiwala Prime Minister will have the time to wonder what will happen to these young men in the years to come. It is all very well to be happy and lucky while the going is good, but what about the future when they will grow older and will have to get married and find ways to settle down in life?

Does the chaiwala Prime Minister have any solutions to the problems they face now and will have to face till 2022 till which year he has politically made sure that he will be the prime minister of Swachh Bharat, corruption free India and freedom for every young Indian to find jobs?

Will all these chaiwalas who also hope to end up as the prime minister or in any other high posts see their dreams come true?