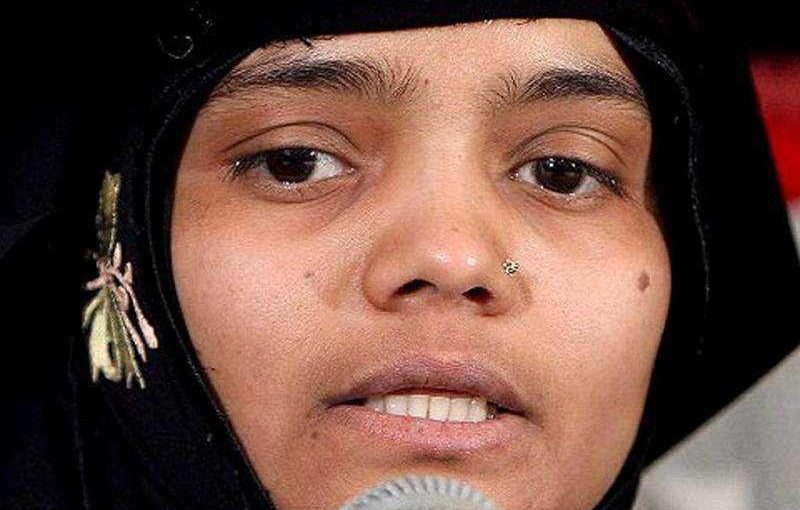 JUSTICE: Bilkis, who was among those assaulted and raped, is happy that she and her family have got justice at last, ironically when the butcher of Gujarat is now the prime minister of the country

After almost a decade, Bilkis, who was among a group of over hundred people who were attacked and raped by Sangh Parivar fanatics post Godhra, has seen her attackers punished. Those convicted include five among the police force in Gujarat which was directed to let the majority community take revenge for the Godhra incident

IN A speech last month, Prime Minister Narendra Modi said he wants Muslim women to get the rights promised to them by the Constitution. Bilkis Bano is a reminder that he didn’t always want that.

Just when the Modi thought the stain of 2002 was well and truly behind him, the Bombay High Court has upheld the conviction of 11 persons for the gangrape of Bilkis Bano and mass murder of 14 Muslims in Limkheda and also convicted the policemen and doctors who attempted to cover up the crime – one of the most heinous to take place during the post-Godhra violence in Gujarat that year.

For the record, Bilkis’s charges were investigated by the Central Bureau of Investigation (CBI), not the Gujarat police, and the trial of the accused was held in Mumbai because the Supreme Court decided a fair trial was not possible in Gujarat.

So what does this have to do with Modi, the Bharatiya Janata Party (BJP) is likely to ask, apart from the fact that he happened to be chief minister at the time. After all, the allegation that Modi orchestrated the anti-Muslim violence was probed by a Special Investigation Team (SIT) set up by the Supreme Court but no evidence of his complicity emerged. The SIT’s controversial findings are being appealed by Zakia Jafri but as matters stand, Modi still has the “clean chit” the SIT gave him in 2013. Only the Gujarat High Court, or the Supreme Court, can take that away from him. The BJP would be right to note all this, but it would also be wrong.

MODI is not the first Indian leader to face allegations of complicity in mass murder. In 1984, Rajiv Gandhi and Narasimha Rao, as prime minister and home minister of India, respectively, had direct control over the Delhi police but did 8nothing to protect the lives of thousands of Sikhs who were killed in the national capital following the assassination of Indira Gandhi. The Delhi and Gujarat pogroms had a lot in common: inflammatory statements by leaders, including those at the very top; the political mobilisation of goons; the refusal of the police to protect minority communities under attack; the rewarding of politicians involved in the killings – people like H.K.L Bhagat and Maya Kodnani – with plum cabinet berths.

There may be no evidence of direct criminal liability in the execution of the violence, but Modi confirmed his own guilt many times over by running a government that did everything in its power to ensure the guilty got away and the victims were denied justice. This is not the way a leader who has nothing to hide would behave.

And Exhibit Number One is Bilkis Bano.

BILKIS and her family were attacked by a mob on March 3, 2002, as they fled their home in the wake of the mass violence against Muslims that erupted across Gujarat following the Godhra train incident in which 57 Hindu passengers were killed on February 27.  She was five months pregnant at the time, yet was subjected to gang-rape, as were other women with her. Her three-year old child was murdered along with 13 other family members. When Bilkis managed to reach a police station, the police refused to include the names of the attackers in the FIR. One year later, in March 2003, a local court in Limkheda directed that her complaint be closed due to “inconsistencies”.

At this point, Bilkis approached the National Human Rights Commission (NHRC), which in turn moved the Supreme Court. The minute the Supreme Court got involved, the Gujarat police swung into action – not to conduct a proper investigation or go after the accused men but to harass and intimidate Bilkis and her family. So much so that on September 25, 2003, the Supreme Court was constrained to direct the Gujarat police to keep away from the victim. Eventually, in December 2003, a three-judge bench of the apex court, in a major vote of no-confidence in the Gujarat government and police, asked the CBI to take over the case.

‘Any place but Gujarat’

THE CBI conducted its investigation swiftly and professionally, filing a charge sheet on April 19, 2004 against 20 persons, including six Gujarat police officers and two state government doctors. On May 12, 2004, the CBI submitted its final report to the Supreme Court in which it catalogued the complicity and involvement of the Gujarat government in the cover-up which followed the March 2002 crime. Most significantly, it asked that the criminal trial be held outside the state, i.e. that the government of Modi, who was chief minister at the time, could not even be trusted with the conduct of court proceedings in the matter.

The Supreme Court concurred and on August 6, 2004, ordered the trial venue shifted from Gujarat to Maharashtra. On January 18, 2008, the court found 13 of the accused guilty (one of them had died before the verdict was pronounced), but acquitted the two doctors and five police officers. The CBI went in appeal to the Bombay High Court, which on May 4, 2017, not only confirmed the convictions of the 11 main accused but also reversed the seven acquittals.

“I am happy that the state and its officials who emboldened, encouraged, and protected the criminals who destroyed the life of an entire community, are no longer unblemished, but today stand charged with tampering of evidence,” Bilkis Bano said on Thursday. “For officers of the state, whose sworn duty it is to protect citizens and enable justice, this should be their great moral shame, to bear forever.”

NOW step back and consider the following. The government at the centre during the entire period when the CBI investigated the case was that of the BJP, so the agency can’t be accused of being a ‘caged parrot’ that was simply doing the bidding of, say, the Congress party. Since investigative agencies in India are normally reluctant to act against the interests of a ruling party, the state government’s attempts to derail the Bilkis Bano case have to have been pretty brazen for the CBI to say and do what it did.

The NHRC, which played a crucial role in highlighting the Modi government’s wilful violation of its constitutional duty to enforce the law in Gujarat, was headed during this period first by Justice J.S. Verma (1999-2003) and then by Justice A.S. Anand (2003-2006). Both men were appointed by the BJP-led government of Atal Bihari Vajpayee government. Verma is the judge the BJP never tires of quoting for his Supreme Court judgment on Hindutva as “a way of life”.

In other words, no part of the process that led to such a decisive vote of no-confidence in the Gujarat goverment of the day can be put down to a ‘pseudo-secular conspiracy’, to ‘Modi haters’, or ‘Congressis’.

WHATEVER he may say today, it is a part of our history that Modi as chief minister did the very opposite of  the ‘sabka saath’ – standing with all –  he now swears by.

Fifteen years on, it would be comforting to believe Modi has had a change of heart. The truth is that he has not. He is vocal about wanting to save Muslim women from the evil of triple talaq, or instant divorce, as every sensible Indian and Muslim also wants. But he has yet to say anything comforting to Muslim women like the widows of Pehlu Khan and Mohammad Akhlaq, whose marriages were brutally dissolved by the sudden, instant violence of ‘gau-rakshaks’. He talks of the constitution but then helps select as chief minister of Uttar Pradesh a man whose hatred of women and of Muslims is well documented. He calls himself a “born Hindu” and a “nationalist” but cannot bring himself to react to the shocking incident in Reasi, Jammu last month when a crazed mob shouted ‘Jai Shri Ram’ and ‘Bharat Mata ki Jai’ as they tried to lynch three defenceless Muslim women.

From Rajasthan to Uttar Pradesh, Jharkhand to Jammu, wherever the BJP is in power, we can see the same hideous indulgence towards violent thugs and the same indifference towards their minority victims as the NHRC, the CBI and even the Supreme Court saw back when Modi ran Gujarat. Bilkis Bano got justice because the rest of India and its institutions were not infected by the virus of lawlessness that Modi bred in his home state. Today, that virus is going national.

One thought on “BILKIS GETS JUSTICE”