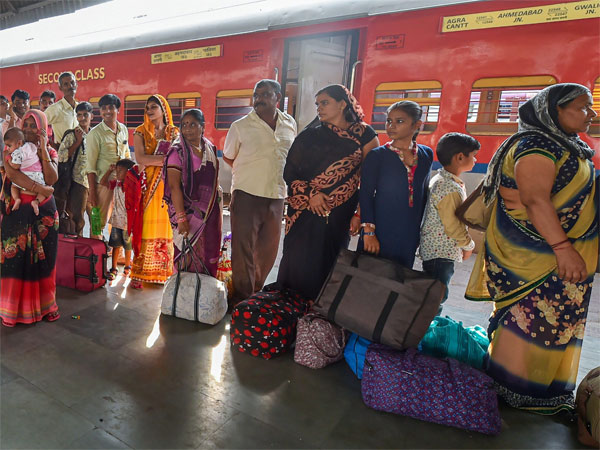 EXODUS: Migrants from the north wait for trains to take them back home after violence broke out in many Gujarat cities. The exodus may cripple several industries including security. The apex body representing private security guards in India has claimed that most of the estimated 50,000 migrants from Uttar Pradesh, Bihar and Madhya Pradesh who left Gujarat, were sentries guarding various establishments such as residential colonies, malls, banks, ATMs and office buildings