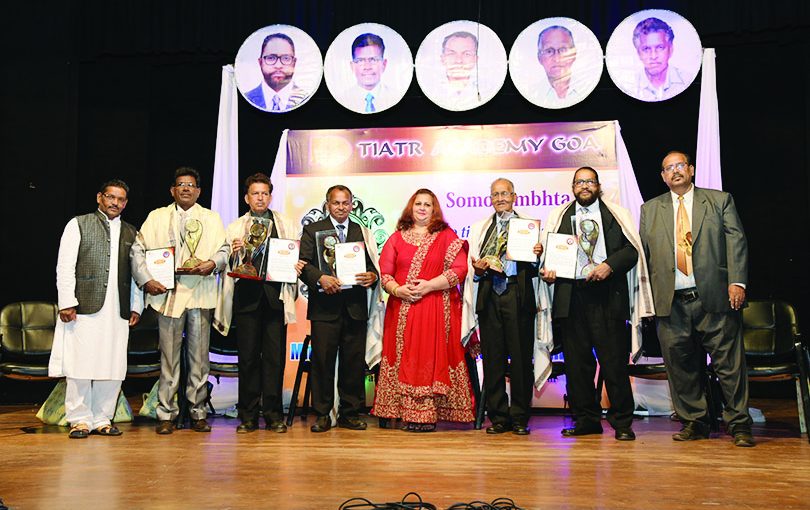 WHAT A FAILED GOVERNMENT!

THE current combo Goa government has miserably failed on all fronts. While the ailing Manohar Parrikar is desperately clinging to chief minister’s chair his ministers are on their own agenda making the best of it while it lasts.
But the Opposition has also miserably failed in highlighting the people’s issues. Besides mere press conferences we need to see action on the streets with reference to good governance and return of rule of law in Goa.
The Congress which is the main Opposition party in 2017 had 17 MLAs and despite being now reduced to 14 MLAs has not been able to keep its flock steadfast. Some of these MLAs may be physically in the Congress but their minds and souls are straying elsewhere. Their voters will not forgive them for this betrayal.
On account of their arrogance and abuse of power the BJP at the 2017 Assembly elections were decimated from 26 to 13. If the Assembly elections are held today with the widespread discontent all over the saffron party will struggle to even get a handful elected.
These are the signs of poor governance if anyone is interested!
Failure to distinguish between public and private interests
Failure to establish rule of law
Excessive regulations
Priorities inconsistent with development
— Aires Rodrigues, Ribandar

DON’T GET CARRIED
AWAY BY APPEASEMENT
After the BJP government in the Centre having taken the people of India for a royal ride, they are taking steps to undo the damage only for the purpose of appeasement of the masses since the elections to the Lok Sabha are just round the corner.
Demonetisation, the imposition of the Aadhaar as compulsory, GST, which rendered small businessman unable to conduct their businesses and the later reduction of GST rates of 1200 items were only done, because they want to appease the people to vote for the BJP. The people of India should not get carried away by these cheap gimmicks.
This BJP government is not a government for the masses but wanted to tax the masses in order to carry out their agenda. The people of India should reject the BJP for having promised achhe din but none of it materialialized.
Narendra Modi got his five years in office and it is time now for a change, since he has enjoyed the best of foreign jaunts at the cost of the common men and women in India and as such he has already greatly benefited while in office.
In a big country like India with diverse political parties, it is time now for the Indian voters to give the mantle of power to another political leader after Modi failed the country miserably. The results of elections in Chhattisgarh, Madhya Pradesh, Rajasthan, Telengana and Mizoram clearly showed that the people of India are disenchanted with the BJP. If, until the elections, the people get some sops, they should not be carried away and make the mistake of voting for the BJP again. The Rafale deal should be referred to a joint parliamentary committee (JPC) since there appears to be definite signs of covert kickbacks as is the case with all defence deals.
Another case in point is the badly managed condition of the PSBs and the PSUs which are almost all incurring huge losses, due to bad management by the BJP government.
`Make in India’, was a complete failure and was not able to bring about creation of jobs in India.
Modi did not manage to unearth black money and his promise of depositing 15 lakh into each bank account was just another one of his promises which was not kept.
The prices of essential commodities such as grains and pulses all shot up after BJP came to power, thus burdening the common men and women.
The list is endless and in view of these the people of India should not fall prey to enticements of the BJP at this late hour as they are mainly a bait to woo voters. After the elections, if they come to power, all these appeasement will be withdrawn.
— Elvidio Miranda, Goa

BORIM BRIDGE WILL FALL DOWN
THESE days the government is diverting heavy traffic from Cortalim via the Borim bridge to Ponda without any structural tests or feasibility study. The traffic moving on Borim bridge has tripled in the last few days due to traffic diversions. Due to the influx of over 70,000 additional tourists in to the State for New Year celebrations, local bus owners were overloading their vehicles to make an extra buck. Heavy multi-axle trucks and tourist buses are plying on the same road.
The fact remains that Borim bridge was not built to handle such a traffic load and people living here fear a major catastrophe is in the making. The bridge could collapse at any time if such sustained added load is imposed on the old bridge.
Accidents on the Borim-Behoda highway have also increased and locals suffer. School students are unable to cross the road at Borim due to the unending heavy traffic moving on Borim road.
We, the people living hereabout demand an immediate stop to the overloading of traffic on Borim bridge which is already developing cracks. If the load and vibrations due to multi-axle vehicles continue, the bridge may even collapse. On Wednesday late evening there was a truck breakdown on Borim bridge resulting in a two mile long traffic jam. Movement was held up for over an hour on the Banastari stretch. The truck had to be towed away and until the traffic police responded with a towing vehicle, many drivers were stuck in the traffic jam.
— Adv Diya Shetkar, social worker & Shiroda Congress leader