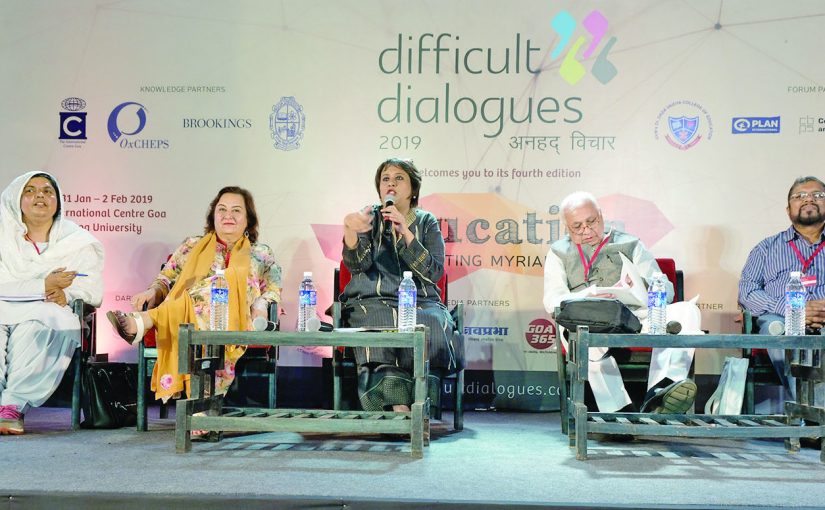 At Difficult Dialogues: Panel on the subject of “Should religion be a part of education?” Barkha Dutt led the discussion with Arif Mohammed Khan, Dr Neelam Kaur, Dr Pinky Anand and Clifford deSilva