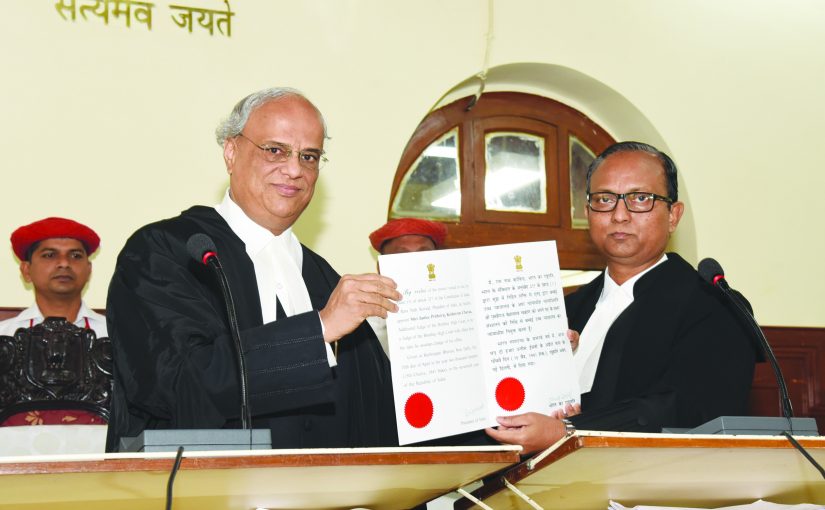 The GU rank continued to fall in the ranking by National Institutional Ranking framework this time from 68 th position to 93rd! Considering the GU rank was 20th in just 2016 this is abysmal!
In 2017, the VC gave some lame excuses of new Universities coming in etc. He grandiosely claimed to set up an IQAC-Internal Quality Assurance Plan — to analyse the reasons for the drop! However, no action plan was given. In 2018, the exact same excuses were given, almost word for word — only this time by the Registrar! Such kind of behaviour leads to failure and 2019 showed it!
The VC’s only achievement was to get Parrikar to scrap the rule of mandatory knowledge of local language for Faculty even though he had the option earlier — in case no suitable candidate with local language knowledge was available he could select any other!
Parrikar is on record to say that Goans cannot compete with others and that jobs in Goa cannot be reserved for them. Such irresponsible utterances have seen companies like Cipla employing more than 98% people from outside-strangely, mostly from Maharashtra alone! The GU falling ranks only acts as another dagger.
So how is it that ‘outstanding’ non-Goans like the GU VC and his other faculty are not only ‘not performing but not owning responsibility? Should not the Chancellor of the GU demand his resignation? Can we see what are his KPI’s?
If Goans are ‘not able’ to get jobs then they must at least demand results from those who got them by virtue of being ‘better’ than them. The outgoing DGP of Goa Police, gave himself a flattering report when he left. This was swallowed by the press – but not by criminals: in fact, the reputation encourages new bee criminals.
Just a few days back the Goa Police arrested a jewellery thief. The thief revealed that he needed to ‘gift’ jewellery to his soon to be married cousin back at his home state! What does he do? Easy, go to the ‘easy pickings’ Goa and rob some. On April 4, he did just that: unfortunately, his non-proficiency in mobile use failed him. He was unable to just save the mobile number of the Jewellery Store owner: he dialled the same and was subsequently caught. The point is: criminals from other States AND countries like Nepal , Russia, Poland and Nigeria know the abilities of our non-Goan IPS Officers. Goa is like an ATM for criminals. The Police have given various suggestions: fit grills that sink into the walls, use ‘good quality’ CCTV etc. They forgot a very key need: don’t trust people!
— R Fernandes, Margao
VELINGKAR AS MLA?
This 19th May the voters of Panaji Assembly Constituency will be called upon to elect their new MLA to fill the vacancy created by the death of Manohar Parrikar on 17th March.
This corrupt practice of Dynasty politics should be strongly rejected and this is the reason why the people of Mapusa Constituency who go to the polls on April 23rdwill demonstrate their strong objection to this undemocratic and discredited process. They will throw their overwhelming support behind a tried and tested humble soul Sudhir Kandolkar and vote for him to be the next MLA of Mapusa.
In Panaji some BJP sycophants may be chanting the name of Manohar Parrikar’s son Utpal. This will have to be strongly resisted as Panaji is not intellectually bankrupt. Why make the inexperienced and reluctant Utpal accountable for the colossal neglect that Panaji city has suffered over the last two and half decades while his late father was MLA? No Panaji resident would contemplate or accept Utpal or anybody else being handed the poisoned chalice of continuing the corrupt, negligent, discredited, humiliating legacy of Manohar Parrikar, a failed CM and MLA of Panaji for over two decades.
As the Panaji bye-election scheduled for next month will cost the tax payer, around a whopping five crores and the next MLA will have a term of less than three years only, we should ponder and deliberate whether we can make better use of the entire financial burden on the Tax payers by selecting and electing an all party consensus candidate as Panaji’s next MLA. Let us all deliberate with an open mind keeping the best interests and well-being of Panaji at heart.
The one name I could suggest is of Prof Subhash Velingkar who I have personally known for over four decades. We may have wide ideological differences, but nobody could ever dispute Prof Velingkar’s honesty in public life and his invaluable contribution to Goa’s educational and social arena. In addition to honesty and integrity, Panaji desperately needs a seismic push to emerge from the paralysis of more than two years of lack of leadership and governance. The stagnation in Panaji is all too evident and is a product of twenty years of political neglect and a dereliction of duty towards the city and the residents by its MLA Manohar Parrikar, who put himself and party before everything else. Being a resident of the city, Prof Velingkar is very well versed with Panjim and over the next just over two and a half years he could contribute immensely to uplift our dwindling city.
Let us deliberate on other alternative names too and if we can arrive at a consensus, we would all have to convince Prof Subhash Velingkar, to be that breath of fresh air and armed with a vision to sweep away the discredited past and rescue a sinking Panaji.
— Aires Rodrigues, Ribandar

FISHING COMMUNITY WOES
THE Goenchea Raponkarancho Ekvott (GRE) is totally disappointed with Chief Minister Pramod Sawant. He has lied to the fishing community of Goa and proven to be unfit successor to former chief Minister Manohar Parrikar. Parrikar would have acted within days regarding the ban on LED lights and bull/pair trawling in 2016. It is three years now that we are running pillar to post to implement the ban.
This government is shielding mafia like Miguel Rodrigues (Joecon), Harshad Dond, Sebastiao Cardozo, MLA Francisco Silveira, MLA Churchil Alemao, ex-MLA Benjamin Silva, ex-MLA Jose Philip D’souza and others who are the biggest violators of the Goa, Daman & Diu Marine Fishing Regulation Rules-1982, the Goa Marine Fishing RegulationAct-2001, 2012, 2014 and other laws. They not only exploit the laws by using LED lights with 24,000 watts and 50kva generator but also high speed 700 HP engines, bull trawling and have exceeded the boat size too. These few individuals are looting the entire marine resources and if this continues the entire fishing community and people of Goa will not have fish on their plate — if this destructive use of fishing gears is not stopped immediately.
Agnelo Rodrigues (president, GRE) and Deputy Speaker Michael Lobo have approached several authorities and had several meeting with Fisheries Minister Vinod Palekarand and Fisheries Director Arlekar, to enforce the ban on LED lights and bull/pair trawling. But the BJP government is not even listening to its own MLA’s and we demand Michael Lobo resign in support of the fishing communities and other communities of Goa who have complete faith in their leadership.
We also learn that the BJP manifesto has plans to root out the livelihood of traditional fishermen from water and now from land too. The manifesto is pro-corporate and under the Blue Revolution the government plans to facilitate seaweed farming, pearl farming, aquaculture, etc. Bharatmala projects plan to build 60,000 km road network, Sagarmala progams plan to double port capacity, build coastal cities, coastal transport, coastal industrialization, inland waterways, etc, which are completely against the interests of coastal environment and coastal communities of Goa. We will fight against these projects tooth and nail.
— Agnelo Rodrigues (president) & Olencio Simoes (general secretary), GRE, AGFU and National Fishworkers’ Forum

LOW TURNOUT
The first phase of the Lok Sabha elections saw high to very low voter turnout. Topping the list was Tripura with 81.8 % voter turnout followed by West Bengal, Manipur and Nagaland with 81%, 78,2% and 78 percent respectively. However, what seems disturbing is the relatively low 66 % for Andhra Pradesh, Uttar Pradesh having polled on 63.69 %, Telengana 60%, J&K, 58%, Uttarakhand 57.85, Maharashtra just 56% and Bihar at the lowest at 50%. From Andhra Pradesh onwards, it seems almost certain that the winner will poll less than the percentage of voters who have not taken part in the electoral process. This denotes a high degree of disenchantment of the electorate in the political process and thus credibility of this huge democratic exercise seems to be waning wherein elaborate arrangements and huge amount of money is spent on conducting elections. In the low turnout states therefore it means that elected representatives will have got only a minority majority. The apathy of the people towards elections is a cause for grave concern.
— Elvidio Miranda, Panaji