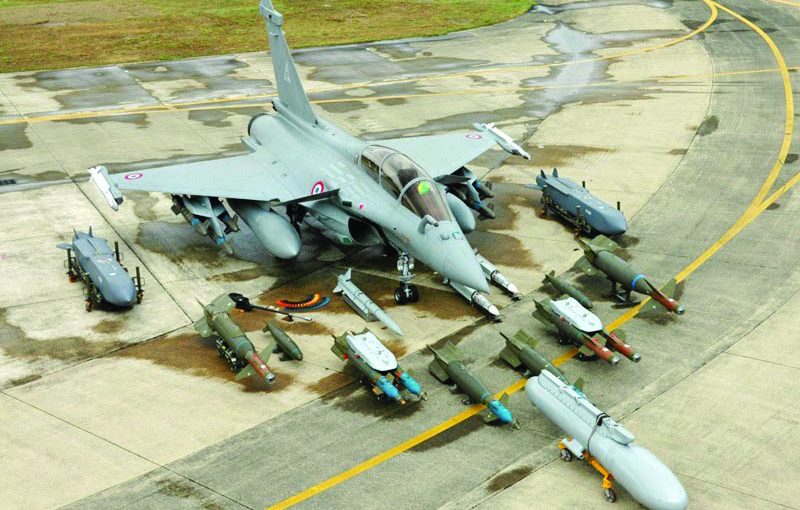 FREEDOM: Chief Justice Gogoi upheld the principle of freedom of the media by citing the Pentagon case papers, the basis for the resignation of American President Richard Nixon

In an unanimous judgment, the Supreme Court on Wednesday decided to hear the review petitions on the Rafale fighter aircraft deal on merits on the basis of the documents published in the media, including The Hindu, on the disparity in pricing details of the 36 jets, objections raised by the Indian negotiating team to parallel negotiations conducted by the Prime Minister’s Office, among others.
The Bench led by Chief Justice of India (CJI) Ranjan Gogoi dismissed the preliminary objections raised by the Union government claiming privilege over the Rafale documents and projecting the publication of the documents as part of a conspiracy following the leak of these defence purchase records from the Ministry of Defence.
Attorney General K.K. Venugopal submitted that the review petitions were based on “stolen” Rafale documents, which are not admissible in evidence.
“We deem it proper to dismiss the preliminary objections to hold and affirm that the review petitions will be adjudicated on their merits on the basis of the relevance of the three documents whose admissibility was questioned by the respondents [government]),” Chief Justice Gogoi read out the operative portion of the judgment that he and Justice SK Kaul wrote.
Chief Justice Gogoi added that Justice KM Joseph had concurred with them in a separate judgment.
“He has also reached the same conclusion but in a different manner,” the CJI said. The dates of hearing the review petitions will be fixed later.
The case was reserved on March 14. The review petitions were filed against a December 14, 2018 judgement of the Supreme Court upholding the 36 Rafale jets deal. The government wanted the court to refrain from examining the documents. It claimed that the documents were unauthorised photocopies of the originals kept in the Ministry of Defence and sneaked into the public domain.

The government said national security was at stake and the leak of the documents amounted to offences under the Official Secrets Act (OSA).
But Justice Joseph had countered the government version by drawing the latter’s attention to the Right to Information Act (RTI) of 2005. The judge said the information law has revolutionised governance and overpowered notions of secrecy protected under the Official Secrets Act (OSA) of 1923.
On the last day of hearing, Justice Joseph made Mr. Venugopal read out Section 22 of the RTI Act declared RTI to have an “overriding effect” over the OSA. Section 24 mandates even security and intelligence organisations to disclose information on corruption and human rights violations. Finally, Section 8(2) compels the government to disclose information “if public interest in disclosure outweighs the harm to protected interests”.

Extract of the Supreme Court Judgement in Yashwant Sinha & Others Vs. CBI through its Director & Another

Extract of Justice Joseph’s concurring opinion
In this case however as I have already noticed there are the following aspects. The documents in question have been published in ‘The Hindu’, a national daily as noticed in the order of the learned Chief Justice. It is true that they have not been officially published. The correctness of the contents per se of the documents are not questioned.
Lastly, the case does not strictly involve in a sense the claim for privilege as the petitioners have not called upon the respondents to produce the original and as already noted the state does not take objection to the correctness of the contents of the documents. The request of the respondents is to remove the documents from the record. I would observe that in regard to documents which are improperly obtained and which are subject to a claim for privilege, undoubtedly the ordinary rule of relevancy alone may not suffice as larger public interest may warrant in a given case refusing to legitimise what is forbidden on grounds of overriding public interest. In the writ petition out of which the review arises the complaint is that there has been grave wrong doing in the highest echelons of power and the petitioners seek action inter alia under the provisions of Prevention of Corruption Act. The observations made by Stephen,J. in para 26 of his judgment in Robinson v. South Australia (No. 2)(1931) and extracted by me in para 29 of my order may not be out of place.