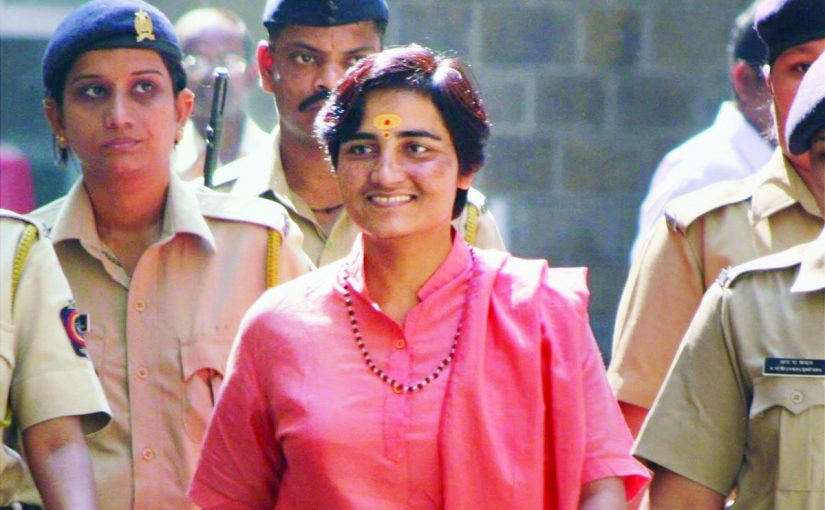 TERRORIST: Sadhvi Pragya is a face of Hindu terror and was arrested by Hemant Kerkare who was killed in the 26/11 terrorist attack in Bombay by Kasab and company

By fielding Sadhvi Pragya, who is still on trial in the Malegaon bomb blast, the BJP is displaying its ugly face. Acts of terror against its enemies will be encouraged if it is returned to power…