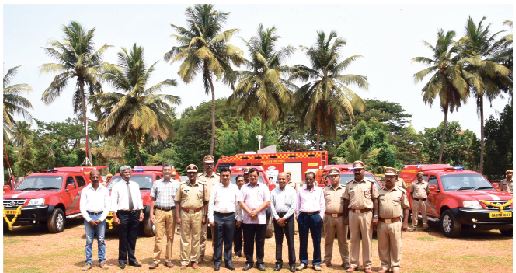 ELECTIONS were formerly conducted with the help of ballot papers and believed to be expensive, slow and environment-unfriendly. The Election Commission of India decided to switch over to EVMs. The Electronic Voting Machines were first used in Kerala’s Parur Assembly polls in 1982. After this EVMs were used in limited constituencies in the 1999 Lok Sabha elections, and after Lok Sabha elections 2004 EVMs were used throughout for Lok Sabha and State Assembly elections.
The EVMs were designed by the Election Commission’s Technical Expert Committee in collaboration with two PSUs, Bharat Electronic Ltd (Bangalore) and Electronic Corporation of India (Hyderabad). We learn th advanced countries like Enbgland, Frnace, Germany, Netherlands and the United States have banned the use of EVMs because they can be tampered and manipulated. But India still refuses to follow suit – despite having the most uneducated, manipulative, communal corrupt politicians!
Studies conducted by IT professionals of India and videos being circulated on social media indicate how EVMs are easily hacked, tampered, manipulated to give results favoring the ruling party — there is such proof and serious charges were made in the recently held Lok Sabha elections. How come the BJP which rules at the Centre and a number of States won maximum number of seats for the second consecutive time, like Uttar Pradesh, Chattisgarh, Jharkhand, Madhya Pradesh, Rajasthan, Orissa, Bihar, Gujarat, Maharashtra, Karnataka …states which have largest number of seats and decide the fate of India?
The Chief Election Commissioner of India has a lot of answering to do. After this last Lok Sabha elections voters will not take EVM’s seriously again in any future elections. Please think of banning EVMs and start conducting free/fair elections using ballot papers in the future. Stop politicians of third class communal mindsets from making a mockery of people’s mandate every election time.
— Jerry Fernandes, Saligao

QUO VADIS PANAJI?
WHILE promising that Panaji, which includes Ribandar, would evolve as a very Smart City, those in power have over three years miserably failed to address and redress even the basic and vital issues pertaining to disposal of garbage, sanitation, organized public transport and proper parking.
Unless there is truly genuine and concerted effort to improve the city’s crumbling infrastructure, our now sinking Panaji will only be further submerged. All those crores drained under the guise of making Panaji a Smart City have been deviously funneled into the pockets of politicians in power.
It has been a bumper bonanza for our Smart City rogues. So unless the citizens choose to wisen up, our Panaji will never be a smart city!
— Aires Rodrigues, Ribandar

MORE LIKE CORONATION!
IT’S hard to digest this. Even with neutral goodwill for second-time prime minister of India Narendra Modi and his jumbo Cabinet…why is it necessary for the country to host such a long-drawn out oath-taking ceremony outside the undoubtedly admirable Rashtrapati Bhavan gardens and that too with an invitee list of reported 7,000 invitees from home and abroad? Who would believe we’re a broke country with our young people ready to run away abroad for better paid jobs and peace of mind?
The only folk happy to live king-size or queen-size lifestyles in India are our 2% to 22% multicrore wealthy khaas aadmi who manage to strike it lucky as long as they stay in the good books of the government of the day. Seriously, I would have thought better of Prime Minister Modi if he had got on with the job of being second-time prime minister with more visible humility and respect for the aam aadmi of India/Bharatdesh/ Hindustan.
Catching some of the swearing in of the new Cabinet ministers on television ….er…I wondered if I was being treated to a coronation in modern-day India! God save this country from extravagant prime ministers determined to show off at the expense of the public exchequer! More ache din have arrived but for whom?
— Pankajbala R Patel, Panaji

A SUGGESTION RE EVMS
IN the light of credible allegations of irregularities in the identification of genuine electronic voting machines (EVMs) and accompanying voter verifiable paper audit trails (VVPATs) — thus leading to suspicion of malpractices in counting of votes in the suspected replaced EVMs — it may be suggested that after every EVM is sealed post voting, a customized bar code may be pasted on the EVM as an identification tag which is recorded in a customized master bar code directory as is done in the case of bank accounts in the banks, so as to ensure complete authenticity of the EVM used for exercising franchise.
Also when the EVM is being taken up for counting, the bar code sensing device should be used and only genuine matching bar coded EVMs should be taken up for counting after precise verification. This will go a long way in ensuring counting of only the genuine EVMs used for exercising franchise in every polling booth, thus doing away with falsification.
— Elvidio Miranda, Panaji

IN RESPONSE TO CII President
This refers to the letter of V Kirloskar, CII-president in the May 15-25 issue of the Goan Observer.
Mr Kirloskar assumed charge as President of CII in April 2019 but is associated with CII since last 3 decades! He states that one of the ‘achievements’ of the Modi 2014 Govt. was ‘ complete electrification of villages’.
According to the Chief Election Commissioner, during the 2019 just concluded voting, 15000 Govt. schools in rural Madhya Pradesh got electricity for the first time- only because they were made Polling booths and the EVM’s needed the power! Bihar too were similarly ‘benefited’. As an Industrialist, and keeping in mind that Power is a key index of industrialisation, should not he be more aware of the power situation? Perhaps he is currying favour, at any cost, to be part of the ‘sharing’ of the pie, which is Modi’s way of industrialisation? His statements of other ‘achievements’ need to be viewed in this light. His attitude does not bear good tidings for the country.
As CII President he should rather let us know how much high quality equipment, especially in the Power and caustic Sectors, are imported from China and why is it so?
— R Fernandes, Margao