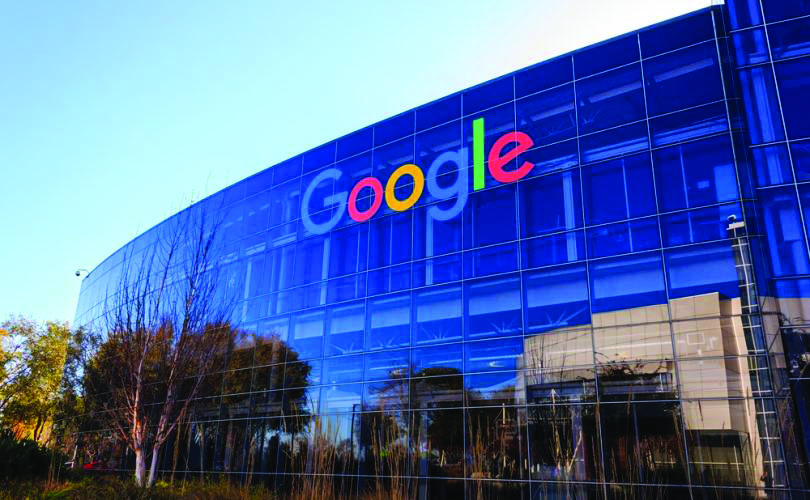 JOBLESS: The majority of employees of search engine giant Google are not human beings but robots trained in artificial intelligence. It is they who decides which ad will appear where, and what content your Google search will throw up

Industry is no doubt growing worldwide. However, in India, manufacturing has witnessed the lowest growth rate. There is a worldwide fear that robots and artificial intelligence will take over human jobs. The reality is that the world is changing and you have to acquire new skills to survive in the new world.

The Indian electorate has spoken and spoken clearly. The BJP, with Narendra Modi as the prime minister, will be at the helm of affairs for the next five years. The economic issues facing the new government have been discussed at length. One such chronic problem has been unemployment.
Pervasive unemployment is a result of long-term policy focus on capital and skill intensive industrialisation. Even after the economy was opened up in 1991, the policy focus did not shift towards labour-intensive industrialisation. This should have happened as India is a labour abundant economy. But industrialisation policy, de facto, continued to prefer capital and skill intensive industrialisation, keeping the employment generation low.
Why has the employment question been neglected?
The first possible reason could be that the voters do not exert enough pressure on political parties in asking for jobs. In the more recent elections, the focus has been increasingly on corruption in high places and what kind of “social security” the party will give to the people if elected. Also, the electoral discourse is animated by announcements with respect to distributing free consumables like rice, clothes and even laptops.
The voters have privileged non-economic factors (like caste, dignity, religion, nationalism, etc) over economic factors like joblessness. After all, in a democracy, the parties will dish out what the voters want and hence the disregard for employment issues.
Middle castes have waged agitations for employment, but they have been for government jobs. There are hardly any agitations by the poor for any kind of jobs. This is possibly because the poor are not able to organise themselves and do not see unemployment as a systemic problem. This is very different from what happens in democratic, developed economies where unemployment is the first issue discussed at the time of elections.
The BJP under Modi did try to make unemployment an issue in the 2014 elections. But in 2019, the party concentrated mainly on non-economic issues including nationalism and Hindutva. The Congress, especially its leader Rahul Gandhi, spoke about joblessness to a certain extent. But they got a pitiable response in terms of votes.
The second possible reason seems to be the lack of state capacity. With the first Five Year Plan (1951), the Indian state showed tremendous capacity to take forward capital-intensive industrialisation. The state’s capacity in terms of raising resources, working out a broad vision and its capability to implement it, was high till 1966. This becomes apparent in the success of the Green Revolution. But since the 1970s, the state seems to have lost the power to mobilise resources and ideas.
Assuming that the Indian state does actually want to move in the direction of labour-intensive industrialisation, what are the ideas that have come up? Hardly any. The previous Modi government had floated the policy of “Make in India”. But a look at the 25 sectors selected as focus areas in this policy shows that only three or four are labour-intensive (like leather, construction, textiles and garments). In the export policy that was announced, the focus seems to be more on FDI in defence industries, which would be capital and skill intensive. There is not even a slight movement in India towards anything resembling the “township and village enterprises” like China.
Another important factor that may have contributed favourably towards capital and skill intensive industrialisation could be the potential for rent-extraction from the big companies that inhabit this domain. Indian elections have been increasingly mired by the humongous use of money power. Most of the money used is unaccounted for.
Big companies are capable of generating huge amounts of “black” money, which are then given to the political parties. A politician is prone to ask in any endeavour, “What’s in it for me?” In a capital-intensive project, he can get back “lots”. He does not get back much from a labour-intensive project as the investment required, by definition, is comparatively quite small. This could be a reason for massive projects being sanctioned over the last few decades.
So, in India, where there is hardly any electoral pressure to change policy in favour of employment-oriented policies, the tendency is to favour capital-intensive industries. Unless the voters themselves put intense pressure on the government to create jobs, there is hardly any likelihood of the policies changing.

(The writer is professor of economics at Savitribai Phule Pune University, Pune)