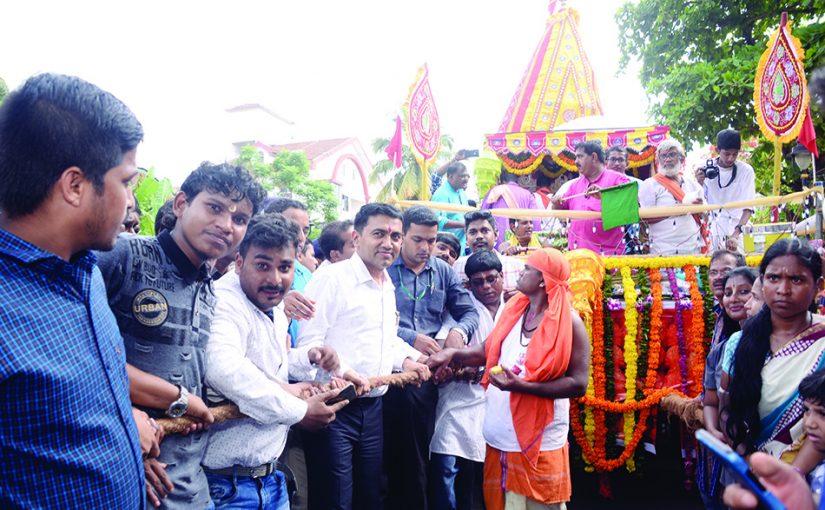 AIFF ON A STEAL!

INDIANS’ way of working always borders on the unethical. Recall, in 2017 the Supreme Court had to sack the BCCI president. Why? Individual interests were allowed to take precedence over institutional benefits! The same thing is now happening in the AIFF. When the incumbent is a politician to boot, then things get worse.
Just watch the U-20 WC and ongoing Women’s WC! Who takes centrestage? FIFA or its sponsors? FIFA, always. Sponsors are always second. In India-GFA included it is the commercial sponsors who take centre stage! Just look at the dramatic entrance made by Reliance at the opening ceremony of every ISL season, and also during the same! Compare this with other country leagues.
Check history. All artists, painters, theatre people, sports people, etc, flourished due to the benevolence of sponsors who always remained as such, sponsors. They never tried to take over the “fame” of the performing celebrities! Not so Reliance. And they want ISL to be the only league and the AIFF president is there to oblige! Clear case of individual interests claiming centre state over institutional rights.
AIFF president finally met the I-League team owners: and concluded the I-League must end. He says the same can continue for next three years, provided the AFC agrees. He was AFC VP and now, FIFA Council Member garnering 38 out of 46 AFC votes! And this is the best he could do? It is very clear he wants only the ISL as No. 1 league. Why should the I-League teams continue for three years with no promotion to the ISL? Why was ISL brought in: why could not the I-League been the deemed ISL? To promote the sponsors? To make the sponsors “footballers”?
How did AFC allow a league conducted by its member AIFF, have rules not in keeping with FIFA? Why was there no promotion and demotion? Why different rules for ISL and I-League? If the I-League goes, when will the ISL have promotion and demotion, and from which league? In short the ISL is not a league in keeping with FIFA: it was kept flying due to Praful Patel’s influence in the AFC to benefit individual interests! Just like the former BCCI president did.
Incidentally, Wikipedia, in its article on Praful Patel says the same requires cleaning up to meet Wikipedia’s quality standards as, quote, “the article if full of peacock words bordering on hagiography (Feb 2014)” unquote and quote “a major contributor to this article appears to have a close connection with its subject (August 2014) ” unquote.
ISL is nothing but privatization of Indian football.
— R Fernandes, Margao

PROFESSIONALS OR CRONIES?
AT all Assembly elections in 2012 Manohar Parrikar publicly promised that only professionals and not politicians would head State corporations and other government undertakings if he came to power. We were very impressed with that promise and voted for Parrikar with high hopes that Goa would move forward.
But after becoming chief minister all corporations were loaded by Manohar Parrikar with his political cronies. Even BJP candidates defeated at Assembly elections were politically rehabilated so that they could avail and enjoy the free perks and privileges at taxpayer’s expense.
Manohar Parrikar is gone and those positions are up for grabs anew. Goa’s Chief Minister Pramod Sawant is all set to load those corporataions with BJP karyakarta. But his perennial handicap will be his people making the most of whatever honey is there and it would be interesting to see the stand our so called watchdogs of Goa in the Cabinet take, who had in March 2017 vowed publicly that they would be the messiahs of Goem, Goenkar and Goenkarponn.
But to everyone’s absolute disappointment post-Parrikar it has been a scene of sheer Fot, Fotting and Fottingponn all the way!
— Aires Rodrigues, Ribandar

CONSCIENCE VERDICT SOLICITED!
The two-judge bench of the Supreme Court hearing the case on the Mopa airport this week comprising of Justice Chandrachud and Justice Gupta should consider giving a conscience verdict on the issue and not being overwhelmed by the arguments adduced by the Goa government and the GMR which seems definitely detrimental to the causes of all the peasants of the Mopa plateau. In Goa, Van Mahotsav is being observed from the 1st of July to 7th of July and thus on the premise that 54,676 adult trees will be saved from being felled, the Supreme Court should heed to the arguments being put forward by the Federation of Rainbow Warriors who are fighting a selfless and heroic battle with missionary zeal to save this exponentially massive cutting of trees in Mopa, a bio-diverse plateau that has become the bone of contention for saving of the greenery in Goa. The two wise justices of the Supreme Court should not be swayed by pressure but remain steadfast to giving a verdict that will benefit the peasants of Mopa who are yearning for justice!
— Elvidio Miranda, Panaji

CABLE TV & SAFETY
Cable operators run their cables through high rise buildings or any housing society/colony and it really is a nuisance because most of the times the subscribers gets ‘noisy’ connections. Sometimes big trees but more often electricity poles are used. Their cables (which are generally are too long) become jumbled up with their units literally hanging close by.
Recently I woke up to see sparks and flames on an electricity pole close to my house. An assistant engineer came with his fleet and set it right within one day which I appreciate. However, the linesman also noticed that the cable operator had tied his cable to this pole. He cut it without giving any notice to the cable operator as this practice is hazardous. This is not the first time. Cables are cut by linesman and the cable operator makes the connection of this cut joint again.
Why should such incidents continue to take place when this system can be put in order? Recently the Power Minister was confronted by cable operators. As he is not electrically qualified he should have taken inputs from the Chief Electrical Officer or respective substation executive engineer and asked them to remain present during the meeting. I do not understand why the IT minister and non qualified electrical staff and government officials were asked to remain present while those actually aware of the practical issues were not included. In fact the experts could have guided these cable operators about safely routing cables.
I fail to understand why underground cabling (which is still in the process to be commissioned after spending such a lot of public funds) is being delayed? Once these poles are of no use, the Power Minister could sublet or give them to cable operators to use if he thinks wise. But until then safety must come first.
— Stephen Dias, Dona Paula