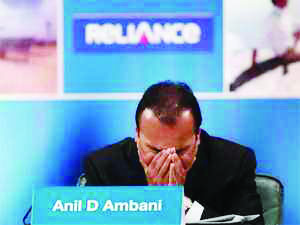 Following the revelation of major scams in banks of thousands of crores such as the Nirav Modi scam and the latest Jet Air Scam, banks have become reluctant to extend even over drafts, let alone mega loans. The worst affected are small and medium scale industries. Income tax raids have worsened the situation. Sales of cars and even commercial vehicles have fallen because of lack of funds with non-banking finance companies which no longer get the support of public sector banks

Death and taxes. It almost goes off like a giant medieval gong, that piece of wisdom about what’s permanent in life. But they could just as well have said ‘debt’ instead of ‘death’. It’s not just that they sound alike: there often seems to be a deeper kinship between the two. Scan the Indian scenario. Debt, itself a kind of pre-death, is the new dreaded word within the Indian business community. It’s the name of the desperation that grips the minds and hearts of industry — from which flows a kind of generalised paralysis, one that appears to have stilled the economic life of the country. In thousands of cases, debt has been the harbinger of death for sprawling corporate empires, assiduously built over decades, over generations. It hangs like a sword of Damocles over the heads of people who fear they will lose all they have built. Owners and bosses hold on to their reins of control, but looking over their shoulder nervously, as if for some approaching nemesis.
Is this the necessary labour pain for a kind of rebirth? Could this be the sign of India striving to cleanse India Inc? A tough path to renewal, as policymakers tussle to root out the nexus between politicians, bureaucrats, bankers and businessmen—the accumulated mass of past distortions? Anyway you see it, Indian entrepreneurs are extremely frightened. No one is safe anymore — neither the largest, mightiest and most powerful, nor the smallest and weakest. Thanks to the new bankruptcy and insolvency code, every company that defaults on loan repayment can be immediately put on the auction block, and sold. The litmus test for every rule may lie in the exceptions. But seen in a snapshot, there are no commas in this process, only full stops, especially for castles made of sand.
The situation is more frightening because of the ‘tax terror’ unleashed by I-T authorities. It’s that dilemma for government: indulge the ailing, or go for the knife? Option B has won out. Plagued by a crippling economic slowdown and uncertain government revenues, they targeted thousands of companies and wealthy individuals to shore up tax proceeds. Cases that were 10-20 years old were reopened in a bid to extract any pound of flesh that was available. Both dishonest and honest taxpayers fell into this net. Thousands of wealthy Indians with a net worth of at least $1 million each in the 2007-17 — as many as 38,000 of them, some say — have winged their way out of the country to escape the gory clutches of the I-T department.
While it’s a noble idea to go after corrupt businessmen and those congenitally predisposed to evading taxes, the downside of a climate of fear can be cataclysmic — not just for industry, but as a logical extension, for common citizens too. Why? Because if you are plunged into the deep end of the river, your immediate reflex is to hold your breath. Economically, that means an investment blackout as India Inc becomes risk-averse, and chases sell-outs to pay the loans.

Logically, growth and development will be hit. The negative sentiments will drive out most investors, both domestic and foreign. New owners of debt-ridden companies will take time to rewire and turn them around. Sector after sector shows the crippling slowdown and recessionary effect — from bellwethers like auto (including in trucks, a gloomy sign of a larger slowdown), to textiles, FMCGs, right down to the so-called Alan Greenspan Index based on underwear sales. No dearth, therefore, of big corporate figures voicing disquiet over recent days and weeks, directly or obliquely: Rahul Bajaj, Mohandas Pai, and just this week, L&T chairman A M Naik.
Running a business is, by default, a risky proposition, and businesspersons need to take ambitious, audacious risks. India as a land of a billion start-ups — the business arcadia envisioned by Prime Minister Narendra Modi — can be attained only via a hard path filled with pain and hard lessons. A Darwinian cruelty is built into this. The failure rate for fledgling companies is 80-90%: in short, most are bound to fail. It’s with that foreknowledge of danger that frontiers are crossed. However, what happens in an environment where the business community is frightened is that neither entrepreneur nor lender is keen to embark on new projects. Investments come to a screeching halt. Instead of money coming in, you see a flight of capital. Rich Indians migrate out, along with their wealth. This further depresses sentiments, besides weighing down bearishly on the Indian currency, and impacting external economic indicators such as foreign exchange reserves. Maybe not in a hurry: India has huge forex reserves. But the system begins to feel a certain downward momentum. Worse, Indians will begin to stash their cash abroad, as in the 1970s and 1980s.
The net impact? The classic trough of capitalism: growth, prosperity and development suffers. Wealth creation slows down, and so life-chances diminish: opportunities for the masses to earn more, or even retain their jobs, shrink. Within no time, the country can be caught in a wave of wealth destruction, or at least non-creation.

It was the combination of debt and tax fright that drove V G Siddhartha, founder of the Cafe Coffee Day (CCD) Group, to a possible suicide.
A disputed letter that he wrote to his board of directors mentioned that he was regularly troubled by the regional I-T office, which attached the promoters’ shares twice, and delayed the sale of CCD’s stake in MindTree, a software giant. Without this near-Rs 2,100 crore net proceeds from MindTree, he sank nose-deep because most of his companies had incurred losses or earned meagre profits, and the group was worn down with a debt of 8,000 crore. Other powerful businesspersons find themselves in similar horror stories. Media mogul Subhash Chandra, an enthusiastic Modi supporter, races against time to meet the September 30 deadline set by his lenders to repay7,500 crore. He put half of the promoters’ stake on the anvil to raise the money. Until now, he has sold 11% of his 36 cent stake in Zee Entertainment, the group’s flagship, to an existing institutional shareholder, Invesco Oppenheimer, for over 4,200 crore. Chandra is lucky he still controls his companies. Several leading businessmen have had to sell off their kingdoms, or were forced to do so, because of debt. Two prime examples are that of the Essar Group and the Anil Ambani Group. The former, owned by the Mumbai-based Ruia family, first sold Essar Oil to Kremlin-owned Rosneft for almost $13 billion. Essar Oil, for the uninitiated, is a veritable petro empire that comprised “India’s second largest refinery, the largest network of private petrol pumps, a 1,000-MW power plant”, and an oil terminal at Vadinar port. Later, lenders even forced the sale of Essar Steel under the new insolvency code. In the past 14-16 months, Anil Ambani, once as wealthy as his elder brother Mukesh, had to raise35,000 crore through the sale of several assets to repay loans. According to media reports, a huge pile of `94,000 crore of loans still rem-ains, not including the debt of Reliance Communications, which “slipped into -insolvency” and is on the auction block. Also on the anvil is a quick-fire sale of nine road projects, a radio station, and a part-sale of holdings in the financial business.

Both the Ruia family and Anil Ambani put up a brave front to rationalise what were distress deals in dire circumstances. The former touted the Essar Oil transaction as the largest ‘Make in India’ project, and took out full-page newspaper advertisements. Anil Ambani repeatedly said his group was committed to repay all loans. The group had done so in the past, he added, and would continue to do so in the future, despite “insurmountable odds and a very challenging financial environment”.
For Anil Ambani, and thousands of entrepreneurs, this is just the beginning of a long haul, a fight till the end against debt. The scare scenario can be etched out in more detail. Research by Nikkei shows the percentage of “zombie companies, or corporate underachievers”, among listed Indian companies, has doubled to 26% between 2008 and 2018. These are firms whose annual interest payments exceed operating profits for at least three straight years. No wonder even the IMF warned, “The corporate debt overhang… exerts a drag on investment in India.”
Data compiled by a Morgan Stanley Investment Management team, headed by Ruchir Sharma, concluded 23,000 dollar-millionaires have left India between 2014 and 2017. This number, about 2.1% of India’s rich, was the highest in the world, ahead of France (1.3%) and China (1.1%). Sharma says the government needs to be careful not to “throw the baby out with the bathwater…collateral damage of the regulatory overkill”.
Arun Kumar, a well-known expert on black money, agrees tax terror may have driven out 5,000-10,000 people. But, he adds, “The huge disparity between the top 1% and the rest suggests wealth at the top has risen rapidly. If they were paying taxes appropriately, the country’s tax-GDP ratio should not be as low as 5-6%.” He admits to some truth in stories of tax harassment, but says there’s no denying the fact that the rich don’t wish to pay their taxes. “So it’s a Catch-22 situation.”
Among listed Indian companies, the percentage of “zombie companies, or -corporate underachievers”, has doubled to 26% during 2008-18.
Indeed. The government can’t allow unscrupulous entrepreneurs with clout to enrich themselves at the expense of their companies, banks and, finally, public money. However, if fear becomes the key to unlock the future—if one has to first amputate the present, that is, undertake a wholesale ethical cleansing of the existing business system—there will be a price to pay. Investments, growth, prosperity will suffer.
There’s a need for balance, a difficult and delicate balance. It’s as easy for the punitive instinct to become a monster as it is to be swayed by corruption. As Prashant Ruia of Essar said in a newspaper interview, “You cannot have a one-size-fits-all policy…. If a promoter has done something wrong, then obviously the rules for that scenario have to be different. But if it’s just a business decision that has failed, then we should not talk about punishment. If you are doing a business, there is no guarantee that you are going to have success all the time.”