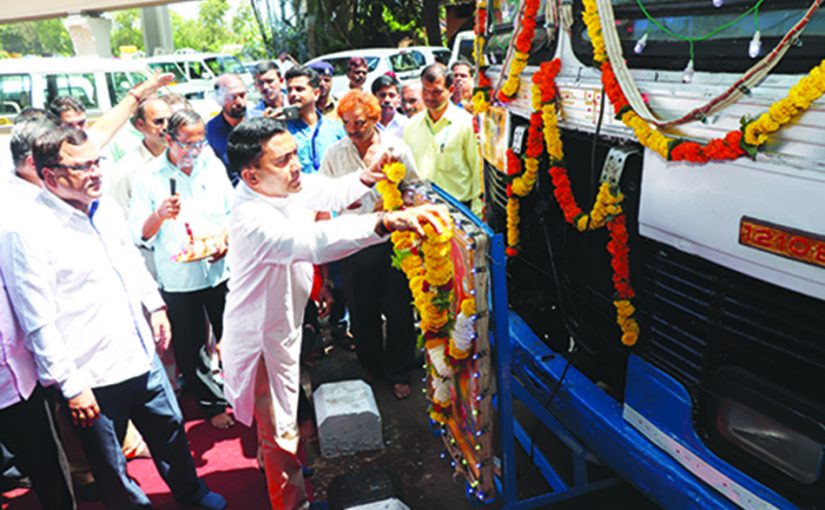 HONG Kong continues to defy Chinese power at great cost to life, economy and property. For the sake of democracy! Two masked protestors have been arrested and are facing five years jail sentence – one is a teenager. So far, only Merkel during her China visit had made two public calls to protect Hong Kong rights and take a conciliatory stance. After that: Silence.
No country wants to accost the powerful dragon, currently a world force. And yet this very world power position that China commands is the Achille’s heel that Hong Kong protesters need to attack. But they cannot do it alone from Hong Kong. They need outside help. At the time of handing over Hong Kong to China, the then British PM John Major in a speech in Hong Kong said, “Hong Kong will never have to walk alone. If, in the future, there were any suggestion of a breach of the joint declaration, we would mobilize the international community and pursue every legal or other avenue available to us.” Sadly, Britain is exasperatingly silent, more so when we recall their lore of dragon slayers. They appear to be scorched by the Chinese dragon!
The British PM’s recent speech at the UN instead of bringing world notice to Hong Kong, spoke of his fears that robots and Alexa would take over the human race! Perhaps his favorite movie is `Planet of the Apes.’ In 1967 the Zambian High Commissioner to Britain called Britain a toothless bulldog. Britain was outraged and pressure was brought on Kaunda to withdraw the HC. The remark was due to Britain’s continued non-sanctioning of Ian Smith’s Rhodesia!
Today, they may face the same remark from Hong Kong: they will have no excuse this time. My grouch is the despicable way people wish to bring down those enjoying a better quality of life to their levels of decadence. Goans in Goa are always fair even to their detriment. Britian denied Hong Kong citizens British citizenship but allowed citizenship even to Indians in Africa. Many of the former willingly took up the same. Indians demanded all local rights as if it was their birthright while the Goans humbly took what was offered. New Portuguese Goans in the UK and the former are silent to the Hong Kong plight despite availing foreign citizenship. Surely they can afford some time to protest peacefully and at least remind Britain of their pledge to not let Hong Kong walk alone?
International pressure alone can help normalcy in Hong Kong and all who have the power must exert the same. India, who internally whips up passions against China, can only demand a boycott of Chinese crackers, that too on social media. This despite the Chinese leader supporting Pakistan on Kashmir. Perhaps they approve and use the same kind of methods, like in Kashmir. Hong Kong calls for support from all those who can: Walk with Hong Kong!
— R Fernandes, Margao

NO EXCUSES, PLEASE
CHIEF Minister Pramod Sawant’s belated realisation that the population of Goans is shrinking and that the in-migration is rampant only exposes what an impotent political moron he is.
When the BJP government assumed office on March 9, 2012, Chief Minister Manohar Parrikar had also pointed out that Goa’s exploding population needs to be frozen while expressing concern that Goa was on the brink of ethnic dilution as the uncontrolled migration into Goa was diluting the state’s ethnic character. “Unrestricted migration and whole-scale transfer of land is beginning to submerge the unique Goan identity” is exactly what Manohar Parrikar had said. He had further stated that “The apprehension is that Goans will become an alienated microscopic minority within their own State”
But the very same Manohar Parrikar soon amidst much funfare inaugurated that Dawoodi Bohra’s residential colony at Socorro in Porvorim. In his speech there Manohar Parrikar said “As 80% of your community members are into business, I would like to invite and welcome more people from your community to our state,” while assuring them all help in their endeavours in Goa.
Over the last few years the flood of migrants into Goa has escalated. They have been flowing in by the droves from Kashmir to Kanyakumari and have infested our cities and even the remote villages while our comatose government has conveniently done nothing to remedy this very alarming situation.
Goa is India’s smallest State yet so resourceful, but successive governments have miserably failed to protect Goa for Goans. Every migrant coming to Goa should have been entitled only to the same rights that a Goan gets in Uttar Pradesh West Bengal, Delhi, Andhra Pradesh or in any other State. But that has not happened and the uncontrolled migration into Goa with absolute political patronage has been to the detriment of our locals.
In recent years we have heard loud talk of safeguarding Goem, Goenkar and Goenkarponn but the hard truth is that we have already lost the battle to save what remains of Goa. With even our hills and fields not spared, the ground reality is that we are now strangers in our own land and helpless bystanders to this sordid state of affairs.
The souls of the politicians dead and those alive responsible for this rampant destruction, decay and reckless devastation of Goa will never ever rest in peace. Amen?
— Aires Rodrigues, Ribandar

MORE LOYAL THAN RSS
THE Rashtriya Swayamsevak Sangh (RSS) chief Mohan Bhagwat whilst addressing the traditional Vijayadashmi function of the Sangh on Dussehra day as usual was again trying to unofficially paint secular India as a “Hindu Rashtra” by branding all common Indian citizens as Hindus giving his own silly justifications and philosophies. He claims that those who are descendants of Bharatiya ancestors, those who are working for the ultimate glory of nation and joining hands in enhancing peace, respecting and welcoming all diversities are all Hindus. Now, how can Mr. Bhagwat of the RSS dare to call people living in this country belonging to different faiths or religion as Hindus when such a term (with the exception of Hindus) is not even recorded or mentioned nowhere in their birth certificates till date?
Secondly, Mr. Bhagwat to deny mob lynching also claims that foreign words like ‘lynching’ are unnecessarily being use to defame the country and some people are simply trying to link the RSS all the time with mob violence to malign its image everywhere. Well, hasn’t mob lynching going on in our country since the time the Narendra Modi led BJP government has officially taken over at the centre from 2014?
And, if the RSS is indeed a social organisation operating to unite India then how come the same organisation historically has always been linked or remembered for its involvement in the killing of Mahatma Gandhi, demolition of the Babri Masjid Mosque at Ayodhya, 1993 Mumbai riots, 2002 Gujarat riots, attacks on churches/convents/priests/nuns and also for deliberately treating/welcoming all those involved in the ongoing lynching of innocents from minority community like big ultimate heroes with tight hugs/huge garlands in different parts of India?
I think that destructive leaders like Mohan Bhagwat belonging to known fascist organisations like the RSS who enjoy giving distorted definitions of nationalism, can never unite but only destroy this country dividing Indians by unleashing their most destructive ‘Gobar’ or cow dung ideology in the name of pseudo-nationalism…. God alone liberate us from all such evil-headed leaders (unfortunately whose known sympathisers believing in the same fascist ideology are ruling this country today by manipulating the Electronic Voting Machines or EVM’s) who are currently hell-bent on doing nothing but ethnic cleansing of India carrying their own stupid exercises like NRC to identify citizens based on religion to finally deport those not supporting their ideology and to finally turn this secular country into a fundamentalist Taliban type “Hindu-Rashtra” to support dictatorship permanently promoting the supremacy of just one major community. God alone save India…
— Jerry Fernandes, Saligao