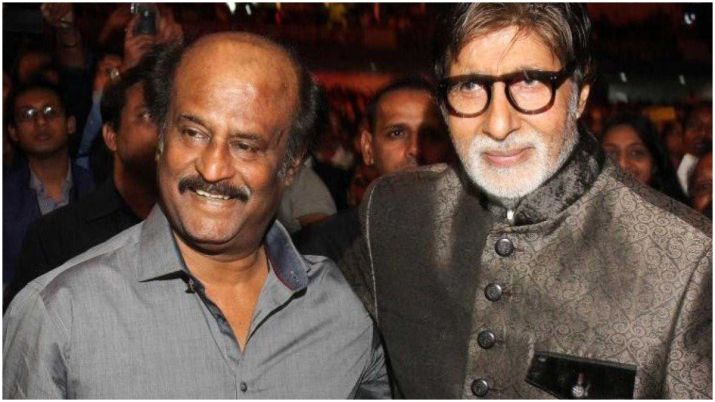 THE 50th International Film Festival of India is abuzz with news and tidbits of the events coming up from November 20 to 28 later this month. IFFIgoers may look forward to saying hello to two of the country’s favorite iconic actors of Indian cinema, namely actors Amitabh Bachchan and Rajinikanth, both of whom have agreed to grace the Golden Jubilee International Film Festival of India coming up in Panaji, Goa. Rajinikanth will be conferred with Icon of Golden Jubilee of IFFI’ award while Amitabh Bachchan will inaugurate the festival which promises to be very high profile this year. Say it will be recreating 2014 moments anew at this year’s IFFI. Both of them were here together for the 2014 edition of IFFI hosted in Goa. A selection of Bachchan’s films have also been curated for the festival under the Dadasaheb Phalke Award Winner category, namelyDeewaar’, Sholay’,Black’, Paa’,Piku’ and Badla’. The opening film is the Serbian filmDespite the Fog’ directed by filmmaker Goran Paskaljevic (it’s about a child refugee an Italian couple wants to adopt and in general about migrant children without a home, based on a storyline by Ali-Musa Sarhan) and concluding film is Marghe and Her Mother’ directed by the Iranian Mohsen Makhmalbaf (the film is about life for a six-year-old with a single mother burdened with financial difficulties). Golden Jubilee IFFI will also screen 17 films in the Master Frames category and the list has the latest films of legendary filmmakers Pedro Almodovar, Costa-Gavras, Werner Herzog, Hirokazu Koreeda…see films likeCommitment’ by Turkish director Semih Kaplanoglu, Pain and Glory’,Family Romance, LLC’, The Truth’,The Golden Glove’, About Endlessness’,By the Grace of God’, Daniel’,Devil between the Legs’, Guest of Honor’,Matthias & Maxime’, Mr Jones’,The Halt’, The Weasel’s Tale’,Young Ahmed’ — most of these films are being screened for the first time at IFFI, with several premiering for the first time in India.
After an uproar of sorts over the initial absence of Konkani films by Digamber Kamat (Congress Leader of Opposition) who spoke to Chief Minister Pramod Sawant, it was finally decided to screen seven films of Goan origin at a special Goan films section. Altogether about 200 films from around 76 films countries are scheduled for screening at the festival. In the flurry of IFFI updates and tidbits one also learns that there will be an Oscar Retrospective of 10 Hollywood classics like Gone With the Wind’,Ben Hur’, The Sound of Music’,The Godfather’…who hasn’t already seen them long, long ago and it would be a treat to see them anew.
All in all there is much to look forward at this Golden Jubilee IFFI in Goa so if you’re a film buff, quickly book yourself in well advance, time is really running out with barely two weeks left for IFFI’s red carpet to roll!