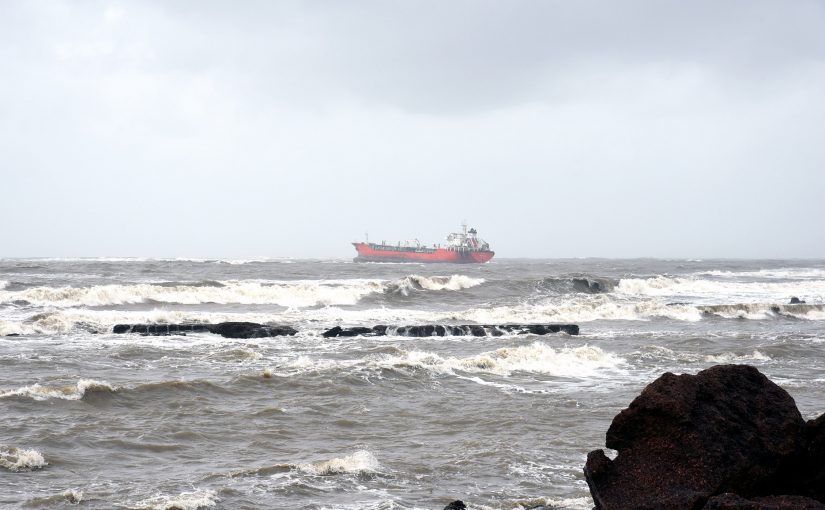 Today’s newspapers have reported that DG Shipping will supervise the whole operation of removal of naphtha and the Nu Shi Nalini vessel itself from its current perch during good weather conditions even if the tender is issued to a Singapore base company or any other agency.
What is required to be done as per my expertize is to conduct surveys of the bottom of the Nalini (currently grounded off the coast near the Raj Bhavan at around 800 metres). Clearly the Nalini is sitting on a big rock and the fact that it has not been able to move despite rough sea weather, shows that the area around her is completely rocky.
In my opinion the first step of state government should be to instruct/ask NIO to conduct proper scientific surveys of this region.
During my tenure in the NIO as far as I know we have not done any surveys in this area and I do not think NIO has any survey underwater plans of this area even till date. Local fishermen have told me they do not venture taking their fishing boats near this area as they said it is danger zone.
As a former scientist of NIO attached to the Instrumentation division, I have had the opportunity to participate and observe many geophysical surveys. Of course many instruments of my times have been outdated but I am still in touch with current technology and scientists and I believe, based on reliable sources, that surveys required can be done with the help of geophysical and geological equipment presently available with NIO. My sources say the surveys can be conducted with the help of existing equipment like echosounder , side scan sonar and position finding equipment like global positioning system or dgps. Again, these equipment are to be used on small boats that will need to be towed below the Nalini with cabling with utmost care to avoid any fire if any leak is found. They should ideally be battery-operated or if they need a generator on boat, it should be at a distance to avoid any electrical sparks during the operation. Ideally the first step would be a survey by scuba or naval divers to ascertain if there is any leak or danger for further surveys.
The equipment NIO has can give a complete picture of the structure of the sea bottom through maps recorded on board the survey boat.
Once the survey is done successfully probably if dg shipping finds convenient to start operation of unloading napgtha by their own methods with the approval of local government.
Apart from being good practice, it is also important to map the sea channel at high tide for Nalini to be towed safely after the unloading operation if naphtha is completed.
Hopefully this work is handled with top priority as the livelihood of fishermen in Marivel village is affected and chances of explosion to whole Dona Paula still exist.