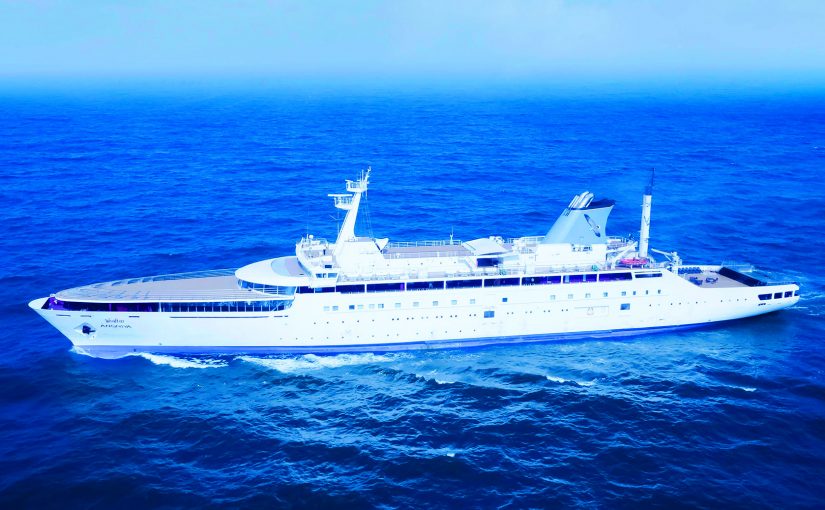 INDIA has a 5,000 km coastline that is bedazzled with unique seascapes, cultural diversity and an array of marine biodiversity that needed to be showcased to Indians as well as global travellers. The maritime history of India is thousands of years old and serves as an inspiration to global maritime sea farers and the sea-loving community.
Yet, there was not a single domestic Indian cruise liner flying an Indian flag till recently! Our endeavours at Angriya’ is to change all that. We draw our inspiration from the history of the Maratha Navy and support from the Indian maritime and tourism fraternity’s Capt Nitin Dhond and his team who decided to lead by example and so launchedAngriya’ — India’s first domestic cruise ship in a class of its own.
The aim was also to pave the way for others to surge ahead and open up this sector of marine tourism along the Indian coastline. ‘Angriya’ with its memorable catch lines “voyage of wows” and “live the sea magic” has reactivated the Mumbai- Goa sea route for experiential travelers after a gap of three decades, re-connecting the financial capital of India to the holiday state of India.
‘Angriya’ has been able to promote and boost the Indian maritime sector with its entry into cruising and bringing cruise tourism into the limelight.
‘Angriya’ proudly showcases maritime and marine diversity, promotes green ship mandates and sets high marine tourism goals that have been met with dedicated timelines. This includes a major thrust towards enthusing more travellers to travel and holiday on the Indian seas and also use sea routes for water transport as well as corporate and social events. ‘Angriya’ envisions connecting people, cultures and offering experiences at sea with commitment to keep our seas safe and sea farers happy at all times.
‘Angriya’ is designed as an outward looking ship to give guests a complete being at sea experience. It comes with two sizeable decks, one of a kind infinity pool and rest and recreational activities under the starlit sky. All this and much more. Aboard the Angriya’ we promote local cuisine, celebrate the famed Maratha supremacy of Sarkhel Kanhoji Angre (first admiral of the Maratha Navy) at sea and document marine life at sea. The very act of dedicating the ship to the memory of Admiral Angre has brought him back to public memory.Angriya’ voyages help rekindle interest in state monuments like the Lighthouse at Vengurla and so on while cruising the Konkan coast from Goa-Mumbai-Goa and vice versa route.
At the same time we are empowering local and coastal youth by creating employment in the freshly emerging sector of cruising – which is the strength of Angriya.’ This includes a major thrust on adhering to stringent environmental and eco-hospitality norms, conducting regular compliance surveys and supporting marine diversity data collection on boardAngriya.’ `Angriya’ is here to stay with its sustainable sea travel outlook and commitment to maritime safety – offering voyages full of happy experiences and memories!