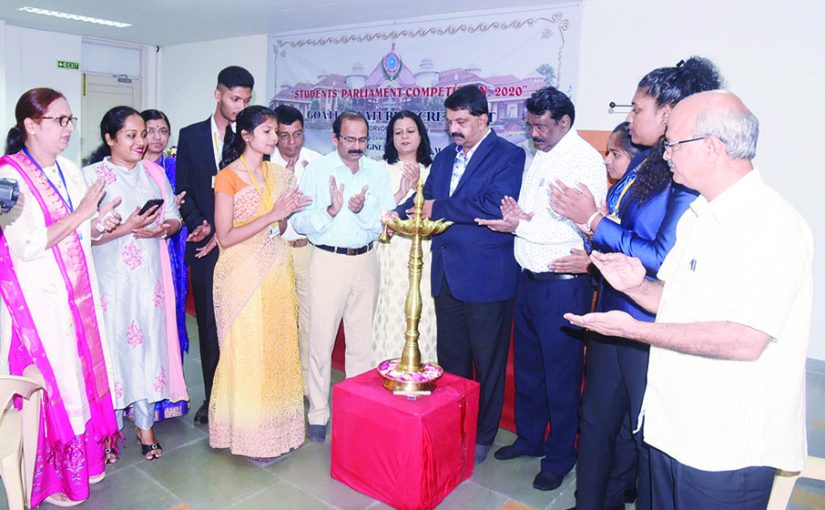 THE reaction of TTAG to the new Wuhan virus emphasizes the need for clear headed stakeholders in Goa. The remark that a virus cannot hold up a project seems juvenile. Just ponder for a second: Had the virus been of Goa origin, would the Chinese delegation have gone ahead with their Goa visit?
The remark further states that the virus is restricted to one small region of huge China. Not only has the virus reached Beijing and Shanghai but three more Asia countries. While this is no cause for panic, the Chinese visit should have been postponed. These remarks alone if caught by the Chinese delegation would have made the negotiations in their favor.
The policy of local government to advocate single tag at the border for Indian tourists was again a disaster. Tourists were found driving 4-wheelers without number plates and police supported them. Next in the Goa Assembly they put safety of tourists as a top priority over locals!
TTAG should not forget that information of the high number of unnatural tourist deaths in Goa is freely available on the Internet. What is objectionable is the way stakeholders view locals as if all their views are dispensable. The present poor status of tourism in Goa is a direct consequence of immature leadership. Drugs sell outside schools, broken glass on beaches, tourist murders, tourist nuisance…are all the outcome of poor leadership. Goa and Goans are suffering because of the immature policies of immature politicians. Merely getting elected or owning a couple of shacks does not guarantee wisdom or professionalism.
— R Fernandes, Margao

GOVERNMENT DISCRIMINATES!
OUR Indian Constitution does not discriminate against people on the basis of religion but gives equal rights to all as free-born civilized human beings of this country. Unfortunately, the current Narendra Modi-led BJP government at the Center seems to be hell bent on rewriting the Indian Constitution and destroying the soul of India.
And unleashing mindless stupid exercises like NRC, CAA, NPR, etc, just to hide its own major failures. It’s a government which has practically destroyed the economy, failed in generating employment and ensuring law and order, providing justice to rape victims…the GDP is at all-time low. The government is hell bent on distracting the people of this country by forcibly unleashing divisive programs throughout India.
The people of India should unite and say a clear No to divisive laws like CAA, NRC, NPR…this government has brought in to rake up religious identities to promote the supremacy of one community to fulfill its long cherished dream of a fundamentalist nation to secure its vote bank in the long run.
Communal leaders are living to sow the seeds of hatred to turn the country’s minorities into third class citizens while granting Indian citizenship to minorities from neighboring Muslim countries! They are hell bent on re-verifying past records of our great ancestors just to file their own new certificates for citizens. Long live secular India, down with communal India!
— Jerry Fernandes, Saligao

OVER ADDICTION TO GADGETS!
Do you check your phone every 10 minutes? Do you panic when your phone battery drops to 20 percent? Can you stop watching mobile or TV screens at meal times? Can you stop checking emails when you’re with your family?
From using gadgets to abusing them, gadget addiction is hampering our happiness, health and relationships. Limiting screen time saves you time and energy. Remind yourself every day—I am a powerful being. I use my gadgets for their utility. I am not addicted to any of them. I limit my time with technology. My gadgets don’t control my time, energy or habits.
Do you sense an overexposure to digital screens? Are your gadgets becoming a huge part of your life? The extra hours of digital screen-gazing might be building into addiction. It all begins with signs of wanting – to read every news item, to watch another cricket match, to catch up with episodes of a TV show we missed and so on…thoughts lead to action, action to habit, habit to addiction.
Decide your screen time and stick to that schedule until it becomes a habit. Your willpower and discipline to support your intentions will end gadget addiction. Instead of viewing other people’s lives through gadgets, be more productive with your own life. Start relating to your gadgets and technology in healthy ways. Your computer, phone and TV have made your life comfortable. Become a master of them and make your gadgets your instruments. Don’t be addicted to your gadgets. Make sure your gadgets do not control your mind, they don’t make you happy or sad. Appreciate their utility, enjoy using them, connect to them when needed and disconnect without feeling uncomfortable. Don’t get disturbed if you can’t use them for any reason.
Watch TV only for X hours a day, use your computer only when necessary, phone only when required, do into keep checking for new messages, do not read or watch everything on media and social media. Consume only what is healthy for your mind and body.
— Brahmakumari Shivani, Brahmakumari World Spiritual University, Mount Abu

NO VIP CULTURE, PLEASE
IN India which is the world’s biggest democracy there can be no room to foment any VIP culture. With the red beacons now long gone, it’s time to stop spending several crore currently being squandered on providing police security to minister, VIPs and politicians and their kin.
Politicians are supposed to serve the people. Those who really do yeoman service need no protection. Only scoundrels need protection. Even our soldiers and para military forces take high risks sans protection.
Power intoxicated politicians apprehensive about personals safety should either hire their own commandos or fade away from public life. In a very cash strapped state like Goa such blatant criminal waste of public funds on security for VIPs cannot be allowed.
Our very scarce police personnel ought to be deployed for street policing and not to hover around politicians. This unnecessary over deployment of police at official functions attended by VIPs must also stop. The police force is meant to investigate criminal cases, maintain law and order while also regulating traffic.
The life of a VIP cannot be any more sacred than that of a common man. And may be our Chief Minister Pramod Sawant may lead by example in surrendering police escort vehicles. Let every Goan move around as an aam aadmi!
— Aires Rodrigues, Advocate, High Court, Ribandar