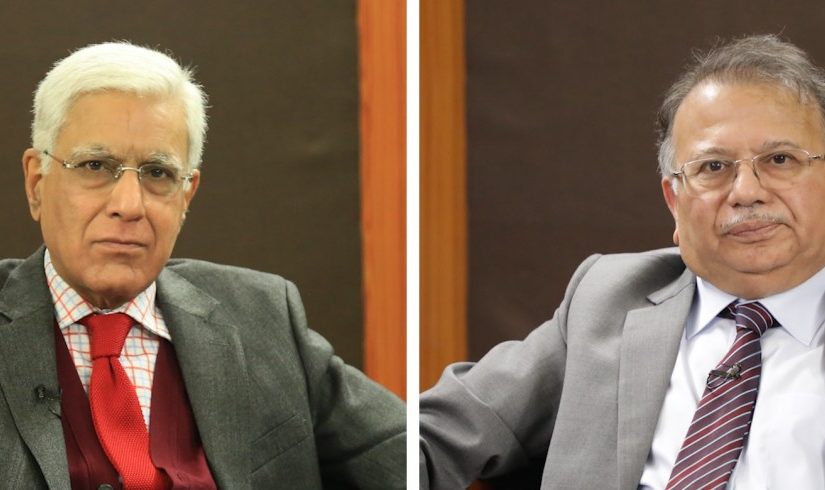 In an interview with Karan Thapar that is likely to annoy the government and the SC, the former Chief Justice of the Delhi High Court says that the apex court “has abdicated its duty to defend civil rights”

“CAA unquestionably violates secularism and therefore the basic structure of the Constitution… the Supreme Court has abdicated its duty to defend civil rights and is behaving like an executive court”: Justice A P Shah to Karan Thapar for The Wire

In an interview that is likely to annoy the government and upset the Supreme Court, Justice Ajit Prakash Shah, former Chief Justice of the Delhi High Court and former Chairman of the Law Commission, has said that the Citizenship Amendment Act “unquestionably violates secularism and, therefore, the basic structure of the constitution”. Later in the interview he said he was “deeply disappointed” by the Supreme Court’s prioritization of important cases connected with fundamental civil rights and, in particular, habeas corpus. He said “The Supreme Court has abdicated its duty to defend civil rights and is behaving like an executive court that defends the government.”

In a comprehensive 40-minute interview to Karan Thapar for The Wire, Justice Shah said that there could be no second opinion about the fact that the Citizenship Amendment Act violates the constitution. He said at five different levels it negates Article 14’s guarantee of equal treatment under the law. He said it was neither reasonable nor rational but, in fact, arbitrary. He said he could not understand the deadline of 31st of December 2014. It suggested that either persecution of minorities stopped after that date or the Indian government did not care about it.
Justice Shah said what is more important is that the CAA violates the basic structure of the constitution as laid down by Kesavananda Bharati in 1973 of which secularism is a key point. He said the discrimination against muslims was itself a violation of the basic structure. He said India’s constitution-makers – 80 per cent of whom, he added, were hindu – would be offended and feel betrayed by the CAA.
Questioned about the Prime Minister’s claim that “This Act illustrates India’s centuries-old culture of acceptance, harmony, compassion and brotherhood”, Justice Shah said that whilst he agreed India has a culture of acceptance and brotherhood the Act does not illustrate it but contradicts it. He said he completely disagrees with the Prime Minister.
Speaking about Home Minister Amit Shah’s claim that “Hindu, Sikh, Buddhist and Christian refugees from Pakistan have as much right over India as you and I … (because) they are the sons and daughters of India” he said this was not a position supported either by the constitution or by the facts of history. The constitution does not grant these religions a greater claim over India than Islam. Secondly, if refugees from these religions have a claim because they were once part of pre-partition India then so do the muslims of Pakistan. They too were a part of pre-partition India.
At one point in the interview Justice Shah said that the “Citizenship Act must be stopped at all costs.”

Speaking about the law of sedition, Justice Shah said that since 1962 in the Kedar Nath Singh case the Supreme Court has read down Section 124A (which is the sedition law) and it now only applies if there is actual incitement to violence. He says this was reiterated by the court in the 1995 Balwant Singh case and, more explicitly, in 2016. Therefore, there could be no doubt whatsoever that sedition only applies where there’s incitement to violence. He added that governments, at the Centre and the states, and many police forces were misusing and abusing the sedition law.
Asked specifically about Yogi Adityanath’s statement that people who call for azadi but do so peacefully and non-violently will be charged with sedition, Justice Shah said that the Yogi “has made up his own law of sedition”. He said peaceful non-violent calls for azadi are not sedition.
Asked whether Sharjeel Imam’s call to peacefully block roads connecting Assam to the rest of the country amounted to sedition and whether the police were right or wrong to so charge him, Justice Shah said that on the basis of what he had read in the papers this was not sedition. He said Imam’s call was to peacefully block roads without violence. Secondly, he said raasta roko was a well-established Indian protest tradition.
Questioned closely about Thursday’s (30/1) incident at Jamia, when a gentleman called Rambhakt Gopal shot and injured a student whilst shouting ‘ye lo azadi’, Justice Shah said this was “prime facie proof” that Anurag Thakur’s slogan-shouting two days earlier at an election really had incited violence. He said he was “deeply disappointed” that the Election Commission had not responded with tougher action. He said it was “a reluctant body”.
In fact, Justice Shah said that not only were there grounds for believing Anurag Thakur had incited violence but, equally importantly, speeches by Amit Shah (asking people to press the vote button so hard a current is sent to Shaheen Bagh) and Ravi Shankar Prasad (referring to Shaheen Bagh as the tukde tukde gang) were also responsible for creating division and inciting people to behave violently.
Most importantly, Justice Shah said there was a good case for saying that the sedition law applied to Anurag Thakur. He said the slogans that he repeatedly encouraged at a public rally were clearly an incitement to violence. If the sedition law has to be used this is a case where it is possibly applicable.

Finally, Justice Shah spoke at length about the Supreme Court. He said he was “deeply disappointed” by the way the Supreme Court was prioritizing cases in front of them. He said habeas corpus and other fundamental civil rights cases were being pushed back. Consequently, he said “the Supreme Court has abdicated its duty to defend civil rights”. Commenting on Chief Justice Bobde’s remark that the Supreme Court will only take up CAA cases after the protests stop, Justice Shah said that this made no sense because “good conduct is not a pre-requisite” to get Court attention. He agreed that the opposite was true – not that protests need to stop for the Court to take up cases but that once the Court takes up cases the protests are likely to cease.
Asked what this means for our democracy and the future so far as it can be seen, Justice Shah said that he hoped the Court would assert itself but if it did not the future was “dim, dark, dismal and bleak”.
The above is a paraphrased precis of Justice Shah’s 40-minute interview except, of course, where quotation marks are used. Please see the full interview for a better understanding of what he said and its impact.