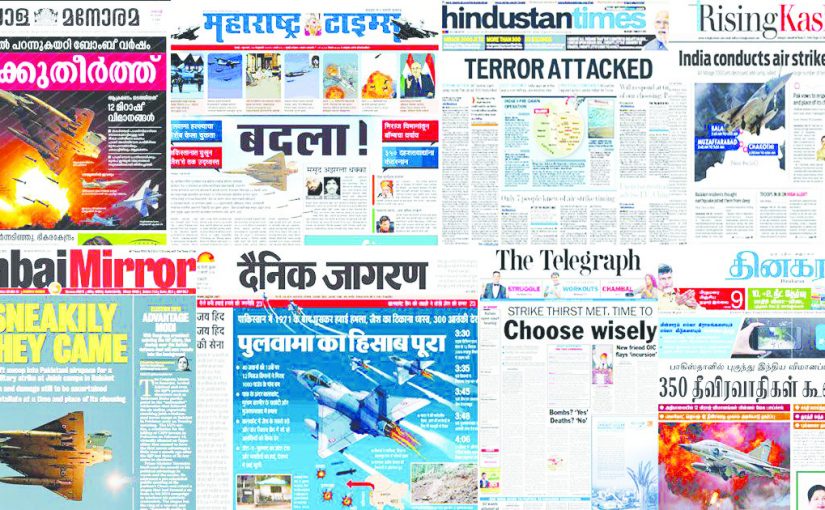 CASUALTY: Many leading publications the world over have been the victims of Covid-19. Even the London Telegraph is struggling to keep its online issue alive.

The print industry is in very bad shape. The Gomantak Times shut down last month. Other daily newspapers have cut down sharply both on their print order and their staff. The newspaper is the most reliable source of information. Much more reliable than the idiot- box or the social network. But Covid-19 and lockdowns may kill print media tragically….

Last month the Sakal media group announced that it was closing down the Gomantak Times. Though the Sakal group did not make an official announcement even in the Gomantak Times, it simply stopped publication from June 1, 2020. This is only the first casualty of the deliberate murder of the print media by the Central and Goa governments. Long before Covid-19 came along with its lockdowns the Central and Goa government had stopped paying their dues for PIB and Department of Information advertisements released by them. The excuse was that both Central and State governments did not have money. In fact the Indian & Eastern Newspaper Society which is an organisation of all print media in the country, told the Supreme Court that Central and State governments’ dues to the print media were over Rs1,500 crore.
In the case of Goa with stray exceptions most newspapers have not been paid their dues for more than a year. An example is the dues of the government to the print media for IFFI. On an average the Department of Information used to release an average of Rs2 lakh for the nine-day IFFI held in Goa in November every year. Not a single paisa of the IFFI dues have been paid to print media though there has been repeated talk of paying at least 50% of the amount. The Goan Observer being a weekly the dues to us was only a modest Rs 50,000. Despite repeated reminders we have not got any part of the dues for IFFI ads released in the weekly.
Before Covid-19 the excuse was the government had no money. During Covid-19 lockdowns of course the offices of The Entertainment Society of Goa which runs IFFI were shut down. There was no accountant, no staff, no office working and so there was no question of make any payments to anybody.
As far as we are concern one of our major sources of revenue was the payment we received for publishing seven pages comprising the hard copy results of the Goa State online lottery. Every month we used to get an average of Rs50,000 and this helped us to meet at least our printing expenses. Since November last year apparently because of a case filed by some third parties against the agency to which the holding of the lottery had been sub-contracted, we have not been paid. Nor have we been paid for other advertising issued by the government of Goa, with the rare exception of the occasional ads from a generous Calangute MLA Michael Lobo.
During the lockdown period stretching from March 22 till end-June there is no question of advertisements or any payments to media and particularly the print media in Goa. Even before Covid-19 the main source of advertising revenue to the print media were advertisements issued by casinos and online companies like Amazon. Since Covid-19 lockdowns all the casinos have shut down. Similarly, all the online companies ranging from Amazon to Flipkart and the rest of them have been banned. Only recently the online food delivery companies such as Swiggy and Zomato have been permitted to function but even they are not advertising.

The other major source of revenue to the print media in Goa at least was the construction industry. The constructing industry before Covid-19 lockdowns used to frequently release full front page colour ads in various dailies. When the lockdowns started all construction came to a halt. Forget about the media, thousands of casual employees working for the construction companies were sacked and abandoned. Since the employees were all daily wage earners, without their daily money, they could not pay for their regular meals. Nor could they pay the hefty rents on their rented accommodation.
It was the closure of the construction companies following the lockdowns one after another that started the ghar wapasi movement of migrant workers. Despite the assurance by Prime Minister Narendra Modi that all labour would be compensated for loss of wages during the lockdowns period, nothing happened. Without roof over their head or compensatory wages the migrant labour which dominated the construction industry, understandably wanted to go back to their home states. Contracted hospitality industry workers and also those working in shops and restaurants were out of job with the shutdowns. Without production there is no demand. Without wages the majority of the labour couldn’t even afford to keep their shelter and afford food. They couldn’t buy anything.
Which is why all advertisements to shop stopped, as nobody could afford to buy whatever was advertised. It therefore did not make any sense for business houses to release advertisements in the print media for the print media itself was in trouble courtesy the lockdowns and Covid19 stay home, stay safe rules. The problems of the print media were further compounded by the idiotic rumour that Covid-19 spreads through newspapers. The fear was so acute that gated colonies and upmarket villas did not permit the entry of the newspaper delivery boys. The newspaper industry carried out several campaigns with proof from experts that Covid-19 does not spread through newspapers. But in the light of other reports that Covid-19 was an chipko and could remain struck to any surface for as many as 72 hours, confidence in the print media suffered badly.
The immediate consequence was tha t even the print orders of most prestigious newspapers fell sharply. For instance The Navhind Times which is the leading newspaper in Goa cut its print order from an average of 25,000 to 30,000 to a miserable 6,000! Which meant that besides advertising revenue proceeds from sale of newspapers was also dramatically and drastically affected by the close downs.
If big newspapers like the Times of India and locally the Navhind Times could not get advertisements, you can imagine the plight of smaller independent weeklies like the Goan Observer. In theory we are not bankrupt. In theory a lot of money is due to us from both the government and the private sector. But whenever we seek payment we are told that we would have to wait till the lockdowns are lifted. Unfortunately, when printing resumed our printers would not print until they are paid their charges immediately. They could not wait for the lifting of the lockdown. Even if the lockdowns are lifted there was no guarantee that the government and even private parties would pay up their dues honourably and immediately.
We are very obliged to you, our readers, for supporting us for 17 years. We were looking forward to a bumper issue and bumper sale of the Goan Observer which this year happily coincides with my birthday, Saturday, July 4. But unless our favourite readers, some of whom are also our faithful advertisers, co-operate and grant us some advertisements we may not be able to bring out the July 4 issue of the Goan Observer.
We do our best to stand by our readers. We are willing to make any sacrifice for our readers. But promises are not accepted as legal tender by our printers. Our staff cannot sustain themselves on promises that they will pay them when the lockdown is lifted.
So it is with regret that we are compelled to give notice that we may not be able to continue bringing out either the print or the online edition of Goan Observer. Only you, our readers, can save us by either issuing generous advertising or making donations to ensure the survival of the Goan Observer. Unfortunately, we are all locals here at our office, and unlike migrant workers we do not have any other native place to go back to!

WE WERE ON BORROWED TIME