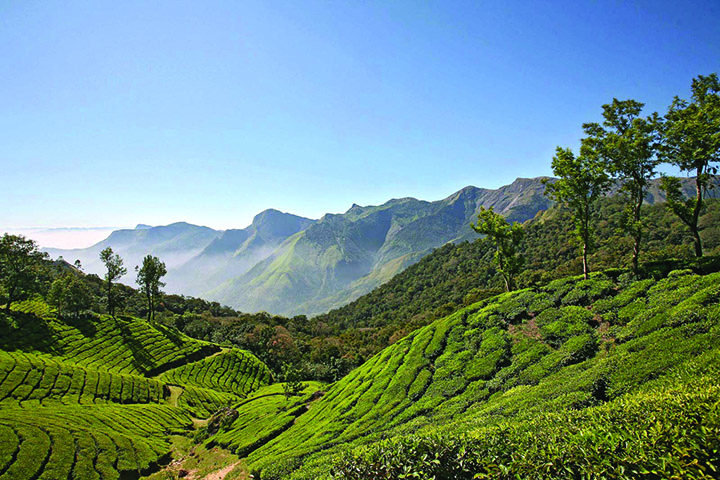 THE National Alliance of Peoples Movements have called for review of the four-lane highway, 400 KV transmission line and double tracking of the railway line through the Bhagwan Mahavir Wildlife Sanctuary and Mollem National Park in Goa. The Supreme Court must direct mandatory compliance of the recommendations in the Western Ghats Ecology Expert Panel Report. The people and wildlife habitats which will be impacted by these projects are of serious concern to many who see the “virtual clearances” to multiple infrastructure projects in environmentally sensitive areas of Goa by the Union Ministry of Environment, Forest and Climate Change (MoEFCC) as malafide in the letter and spirit of the country’s environmental laws.

Even as the country is reeling under a pandemic and grappling with a poorly planned lockdown, the National Board for Wildlife (NBWL) ‘video-approved’ a four-lane highway and a 400 kv transmission line in the eco-fragile Western Ghats on April 7, 2020. These projects are to be constructed right through the forests of Bhagwan Mahavir Wildlife Sanctuary and Mollem National Park!

As if this is not enough, a third project related to the double tracking of the railway line passing through the sanctuary and national park is also being considered by the government. The three projects would require cutting down over 50,000 trees and diversion of 216 hectares of forest and private land. This venture will further put the water-security of over 16 lakh Goans in jeopardy as the projects will be cutting  across the River Ragada, a tributary of Mhadei. Needless to say it has become a practice for project proponents to obtain “piece meal clearances,” while these three linear projects, situated within the same protected area need a rigorous cumulative impact assessment. It is an extremely sad reflection on the state of environmental governance that the MoEFCC and NBWL overlook these crucial statutory requirements.

The Bhagwan Mahaveer Wildlife Sanctuary and Mollem National Park are part of a larger contiguous forest and  a treasure trove of flora and fauna with an important tiger corridor between Goa and the adjoining Kali Tiger Reserve in Karnataka. With an area of 240 sq km the sanctuary and national park constitute the largest protected area in Goa. What is more crucial is that this forest is part of the Western Ghats,  one of the eight biodiversity hotspots of the world and part of a UNESCO World Heritage Site. Unfortunately, all the cleared projects require diversion of forest land from this single protected area.

Besides flora and fauna these forests have fresh water streams that feed the main rivers including Goa’s lifeline, river Mandovi. This river is a major source of potable water and provides irrigation facilities, produces biotic and mineral resources and facilitates the movement of people and goods to different parts of the state. The ancestral livelihoods of people living in the villages, on the banks of these rivers will be severely affected by the projects. This area was marked as an Ecologically Sensitive Area by the Western Ghats Expert Ecology Panel (WGEEP) in 2011, that was appointed by the very same ministry that has now given “permission”  to speed up the destruction! The WGEEP (Madhav Gadgil Committee) submitted an elaborate Report to MoEF, calling for restrictions on damaging activities like mining, quarrying and red-category industries in the Western Ghats. The forests in the Western Ghats  have many sacred groves that have been protected by locals for centuries because of their association with deities and are, therefore, of tremendous cultural and conservation importance. No plans to secure the water reserves of the state have been made public by the MoEFCC or the government of Goa.

To reiterate once more and it cannot be reiterated enough that the  Western Ghats are considered one of the most important tiger habitats in the world. Expanding highway on one side and then double tracking of the South Western Railways will leave the southern part of the Western Ghats disconnected from the northern part. This will lead to the death of not only tigers, but also of numerous animals  dying under the wheels of vehicles  or on the railway tracks as they try to cross over. The Western Ghats are also topographically not suitable for such development projects. The hills here are very steep and hence, the possibility of landslides increases exponentially putting both humans and nature at risk!

All this and more: The Western Ghats of Goa have already been decimated in a huge way, the Tillari dam has led to a loss of elephant habitats, relentless mining has also destroyed a significant part of the Ghats. A recent petition filed in the Supreme Court by many environmental groups and young people, seeks implementation of the recommendations issued by the WGEEP. On June 18, the Apex Court took cognizance and issued notices to the Centre and the six states in the Western Ghats region i.e. Gujarat, Maharashtra, Goa, Karnataka, Kerala and Tamil Nadu. The petition foregrounds the fact that the significant recommendations of the WGEEP remain un-implemented even a decade later and almost 250 million people are directly and indirectly bound to be affected by adverse ‘developmental’ interventions in the region.

These forests in the Western Ghats range that have existed for thousands of years are irreplaceable. If these projects go ahead it will have severe repercussions on wildlife and the livelihoods and ecological security of a mass of people in Goa.  It is extremely unfortunate that the decision to clear large parts of these forests are being taken without any comprehensive site-specific scrutiny to substantiate facts, examine documents in detail or consider the opinions and objections of all stakeholders, in a fully democratic manner. It is tragic that the Environment Ministry opted for a hasty “video conference mode” and in the current case  granted approval for these ecologically destructive projects after just two such meetings!

It is not at all surprising that citizens and environmental groups in Goa have taken strong objection to the  green signal of  NBWL, using poorly-done EIA (Highway Project) or no EIA (Power Transmission line). No thorough verification of the EIAs and project proposals have been done, showing  scant regard that regulatory bodies have towards such eco-sensitive zones.  The NBWL and MoEFCC have completely undermined the very purpose of EIA, and rather than considering the evidence put forth by naturalists, conservationists and the people living in these forests for centuries, have reposed unquestioned trust in the project proponents whose vested interests are open for all to see and understand with a disquieting  sense of impending doom.

Under the circumstance detailed above the NAPM urges the Centre, MoEFCC and the State Government to reconsider its obsolete model of “development” and immediately re-assess the need for all such projects which come at huge environmental and human cost in the long run. It demands  that the approvals granted for the four-lane highway and the 400 kv transmission line be immediately withdrawn and that no clearance be granted to the double tracking of the railway line passing through the Bhagwan Mahaveer Wildlife Sanctuary and the Mollem National Park.

NAPM demands that the State and Central government re-assess all the infrastructure projects already underway in the Western Ghats and impose a moratorium on projects that are likely to jeopardize the environment, as per the WGEEP Report. It calls for strict implementation of the recommendations by the Madhav Gadgil Committee (WGEEP Report) to protect the fragile region of the Western Ghats and hopes the Supreme Court will do what is required from to save the country’s varnishing green sanctuaries from wherein rise our primary resources in sweet continuity and protection of the environment.

The message going out loud and clear is that we must protect our environment, especially in the light of the fact that currently our people are suffering due to Covid-19 — a pandemic clearly connected to the environmental degradation of our times.