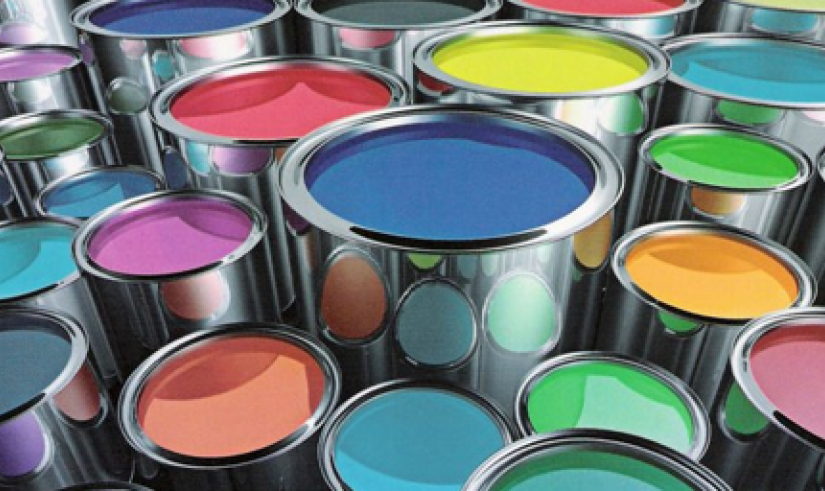 Toxicity in paints: Paints containing high levels of lead are being manufactured and widely available across the country in violation of legal rules. Lead poisoning mostly occurs due to dried up paints as they start to decay and their dust contaminates the environment and health of people

ON June 18, 2020, a new study titled ‘How safe is your paint?’ was released by the environmental NGO Toxics Link raising concern about the lead containing paints across India and the utter lack of compliance to existing regulations in a majority of cases. It is a well-known fact that no safe level of exposure to lead has so far been identified. When lead accumulates in the body it can damage almost all organ systems and young children and pregnant women are at highest risk. It is mostly ingested by toddlers by the commonplace practice of licking doors and windows or eating dried paints.
Lead (Pb) is a cumulative toxicant that poses serious risks to the environment besides human health and lead exposure has been identified by the World Health Organization as one of the top ten environmental health threats globally.
“Lead in paints is one of the common sources of lead poisoning amongst children. Children are the most susceptible to lead poisoning as lead can cause irreversible damage to the nervous system. So global efforts have been mooted by WHO and UNEP to phase out lead from products including paints,” said Piyush Mohapatra, senior program coordinator at Toxics Link.
In alignment with the global plan of action to eliminate lead from paints, the government of India notified the Regulation on Lead Contents in Household and Decorative Paint Rules in 2016 and it came into effect from November 1, 2017.
However, the present study by Toxics Link found high lead content in most of the analysed samples. For this study 32 paint samples were purchased across the country viz. Chhattisgarh, Delhi, Goa, Jharkhand, Karnataka, Madhya Pradesh, Rajasthan, Tamil Nadu and Uttar Pradesh and were analysed in an NABL accredited laboratory (SPECTRO analytical lab. Ltd., Okhla, New Delhi). The study found lead content ranging from 10 ppm to 186062 ppm in the tested samples. The results of the study reveal that 90% of the analysed paint samples had lead levels above 90ppm. Only 9% (three paint samples) had lead levels below 90 ppm. Incidentally all these paints are manufactured at the locally and few samples are bought through online portal
The study reflects upon the poor implementation of rules for lead in paints in the country. Notably, paints containing high levels of lead (which have been manufactured after the notification of the lead in paint regulations) are still widely
available across the country which is in clear violation of the rules. Further as per the findings most of the paint samples viz. 84% of the manufacturers did not have any label as being prescribed in the regulation. This is a clear violation of the rules and indicates lack of monitoring system in place to check the availability of these unlabelled products in the market.
“In Goa, the study tested two samples both manufactured in 2019 for the presence of lead and incidentally both of them had levels above 90 ppm with the highest level of lead being 46650
Ppm,” says Alka Dubey, program coordinator at Toxics Link and quote, over the TL’s studies have found that there are still bottlenecks in small and medium scale enterprises (SMEs) in adhering to the regulation of 90 PPM. However, the government of India needs to take concerted efforts to reach out to these manufacturers. Further a strict monitoring regime needs to be put in place by the concerned authorities to completely eradicate lead from household paints, comments TL’s Associate Director Satish Sinha.