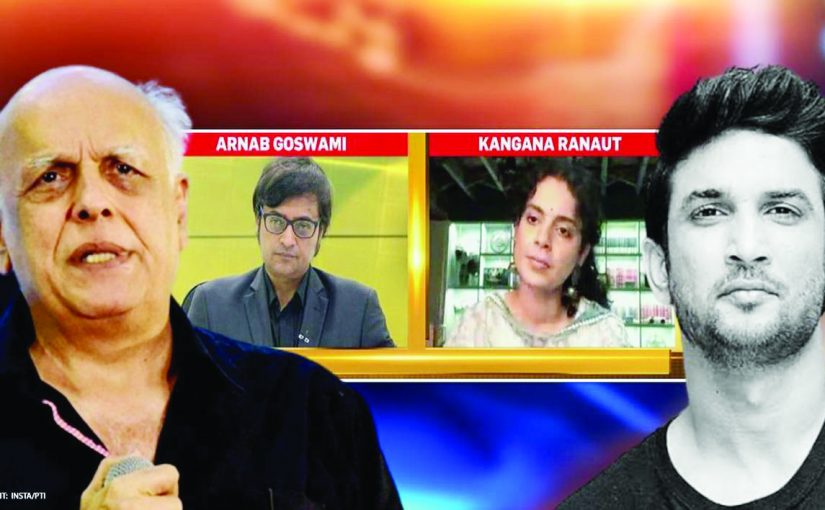 TARGETED: In the electronic media led by Arnab Goswami of Republic TV, Mahesh Bhatt is being singled out for public ire over his prompting of actress Rhea Chakraborty in the still evolving mystery suicide of Sushant Singh Rajput in Mumbai. Kangana Ranaut has trashed the film industry as a cartel of film industry families working overtime to discriminate and punish “outsiders” like Sushant Singh Rajput from Bihar and Kangana Ranaut from Himachal Pradesh

How will this sordid saga end? Veteran film journalist
ALI PETER JOHN shares his thoughts of the on-going Sushant Singh Rajput controversy about whether he committed suicide or it was a planned murder or homicide.…