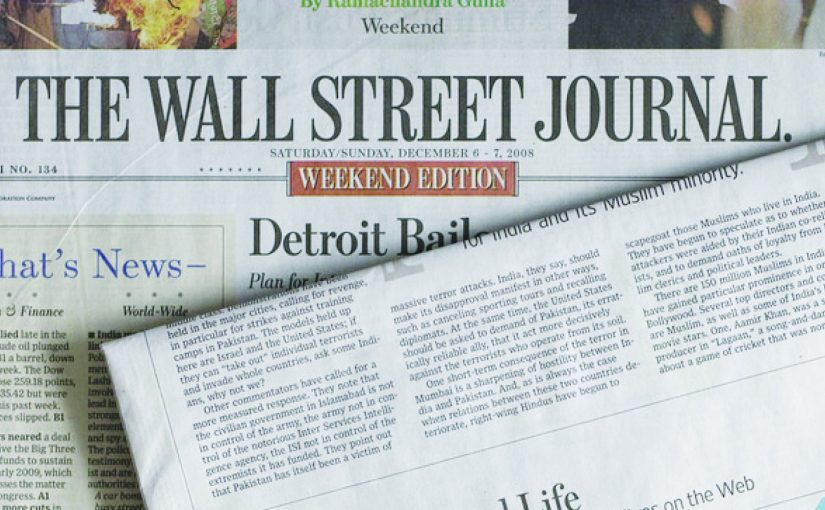 SOCIAL MEDIA: The biggest contributor to the massive mandate that Narendra Modi received in the 2014 elections is attributed to the manipulation of Facebook and live platforms like Twitter, Instagram, Telegram. The number of followers on Twitter does not reflect real support but the money power of the persons concerned

It would appear that Facebook is not an independent media organisation as it likes to project itself. To Facebook it is poishe(money) which is more important than ideology. Which is why it has been supporting fascist leaders like Narendra Modi and others like him…..

Is Facebook the Bharatiya Janata Party’s mouthpiece in India?
Is Facebook India running pro-Modi propaganda?
Does Facebook have right wing leanings in India?
These questions have taken India’s social media and the political discourse by storm, thanks to a report by The Wall Street Journal (WSJ).
In what can be seen as one of the biggest political controversies Facebook is facing in India after the Cambridge Analytica and Pegasus spyware fiascos over user data protection, the alleged political leaning of Facebook towards the BJP, as has been reported by WSJ, has given the Opposition more ammunition to target the Modi government.

What Does the WSJ Report Say?

Questioning the social media giant’s ‘impartiality’ when it comes to taking action against hate speech, the report cites examples of three very controversial BJP leaders, T Raja Singh, Anantkumar Hegde, and Kapil Mishra, infamous for hate speech. According to Facebook’s own community guidelines, such posts by these leaders should have been taken down immediately and their accounts should have been terminated. But that did not happen. Why?.

Violation of Its Own Guidelines?

Facebook defines hate speech as a direct attack on people based on “race, ethnicity, national origin, religious affiliation, sexual orientation, caste, sex, gender, gender identity, and serious disease or disability,” or “any posts containing violent or dehumanising speech, harmful stereotypes, statements of inferiority, or calls for exclusion or segregation.”
If you look at the history of the three leaders cited by WSJ, T Raja Singh is infamous for openly giving anti-Muslim speeches and posting hateful comments against the community.
Anantkumar Hegde has posted essays and cartoons on his Facebook page alleging that Muslims are spreading COVID-19 in the country in a conspiracy to wage “Corona Jihad.”

How Has FB Acted Against Hate Speech/Misinformation Otherwise?

Facebook has global partnerships with certified fact-checkers, which are also established news publications in most cases. Facebook has a process which involves acting against most posts tagged by these independent fact-checkers. Initially, politicians were mostly exempt from any corrective action, but following criticism, Facebook expanded the scope to include posts by political leaders as well.
Now, take the United States.
In 2019, Facebook banned hate group Nation of Islam’s leader Louis Farrakhan’s account for his alleged extremist views. The same day, Facebook also banned anti-Semite politician Paul Nehlen and fringe right-wing media personalities Alex Jones, Laura Loomer, Milo Yiannopoulos, and Paul Joseph Watson.
In June this year, Facebook removed a video shared by Brazilian President Jair Bolsonaro where he made unsubstantiated claims over hydroxychloroquine curing COVID-19.
If people of the stature of presidents and prime ministers can face action by Facebook for equally harmful or misleading posts, what stopped Facebook India from taking such action against the Indian political leaders?

Who Makes These Decisions and How?

The issue of hate speeches and misinformation is dealt with by Facebook’s Public Policy teams that are spread across various regions. One of the primary responsibilities of the Public Policy teams is detecting, reviewing and removing hate speech and misinformation from their platform, and this is done in association with stakeholders, especially experts and NGOs.
Now pertaining to the current debate in India, the one person that has found herself in the eye of this political storm is Facebook’s top Public Policy Executive Ankhi Das.

Who is Ankhi Das?

As public-policy head for India, South and Central Asia, Ankhi Das oversees a team that decides what content is allowed on the platform.
A Facebook spokesperson, Andy Stone, told WSJ that Das had raised concerns about the political fallout that would result from taking action against the posts of T Raja Singh. But he also said that her opposition wasn’t the sole factor in the company’s decision.
Many employees also alleged that Das’ team took no action against BJP leaders who posted content accusing Muslims of intentionally spreading the coronavirus, plotting against the nation, and waging a “love jihad” campaign by seeking to marry Hindu women.
Several employees told WSJ that before India’s Lok Sabha elections last year, Facebook did not disclose that it had removed pages with false news tied to the BJP, because of Das’ intervention.

India is Facebook’s biggest market. According to Statista, as of July 2020, India has over 290 million current active Facebook users – at least a 100 million more than the US and higher than any country in the world. After former US President Barack Obama, PM Modi has the highest number of followers on his Facebook page at over 45 million.Meanwhile, Facebook has been trying to launch WhatApp’s payment service WhatsApp Pay in India that has been entangled in one regulatory hurdle after another since 2018 as other e-payment options have established huge markets already.
Facebook entered into a 5.7 billion dollar deal with Reliance Jio in June this year, Facebook’s highest overseas investment. Considering these figures, Ankhi Das’ alleged inaction against BJP leaders so as to “not harm Facebook’s business prospects” seems like a political leaning only to safeguard business prospects.
Where’s the Accountability?

Facebook on Monday issued a statement on the matter, saying that it does not endorse hate speech irrespective of anybody’s political position or party affiliation but they are “making progress on enforcement, fairness and accuracy.”
Now, if the allegations are true, will there be accountability on Facebook’s part? While the social media giant has always claimed to stand against hate speech and claims to be in the process of understanding varying standards of the phenomenon across the world, it also hasn’t shied away from going around the general definitions of the terms like “hate speech,” “abusive content” or “derogatory post.”
While the arguments of varying definitions of hate speech and freedom of expression around the world are quite valid, the question of inaction against BJP leaders in clear violation of India’s laws and Constitution and Facebook’s own community guidelines, is absolutely debatable.