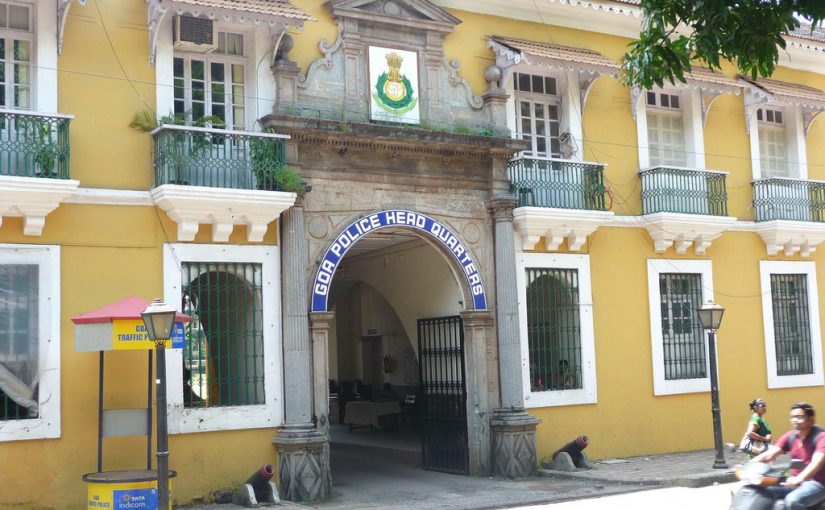 From the filing of an FIR to asking for remand in court a huge racket exists in the police stations of Goa. Many police stations have even switched off their CCTV cameras which are required to register their functioning 24×7…an expose about the collusion between police officers and lawyers!

THE THEORY that there is no love lost between the police and advocates has disappeared! Corruption and greed for money now thrives happily in the legal field! To such an extent that even the wakalatnamas, documents authorizing an advocate to represent a party in court, of police-friendly advocates, are kept at police stations in the state of Goa.
This is mainly for the concerned investigating officer to compel the accused detained in custody and against whom a FIR is registered, to coercively appoint an advocate of the choice of the investigating officer — as part of the fees charged by the advocate are paid as commission to the IO for referring the client/ accused. So also as the advocate of the choice of the IO would certainly not make any allegations against the IO even if the accused is subjected to third degree in police custody, as by way of various pronouncements the honourable Supreme Court has forbidden subjecting third degree to accused detained in police custody.
The fees charged by such advocates are also very high as part of the fees are paid as commission to the IO. The accused and their family members are compelled under duress to pay the high fees as no accused or family member would like to hurt or invite any rivalry with the IO, more so during the period when the accused in a particular FIR/ Crime is in police custody.
The primary duty of an advocate appearing for any accused is to prove before the court that his client has not committed any offence and that he has been falsely implicated in the FIR. If the accused/client is harassed in custody than it is his duty to bring the said fact before the courts while arguing the bail application or a remand application. If the custodial atrocity is unbearable and affects human dignity and human rights than it is the legal duty of the advocate to seek instructions from his client and file complaints before the superiors, the Goa State Police Complaints Authority and /or the Goa Human Rights Commission — these commissions and authorities have been constituted by the Government of Goa in view of the Hon’ ble Supreme Court directions in order to curb police atrocities to accused detained in police custody.

Even after the bail is granted, the accused are not spared and the IO in order to harass the accused for not appointing advocate of his/her choice, without sufficient cause regularly keeps directing the accused to appear before him/her at the police station under the guise of investigation and the accused whose advocate is of the choice of IO is not directed to appear. After completion of investigation a charge sheet/final report is filed in the appropriate court which is the final outcome of the investigation and the IO being the captain of the ship presents a weak charge sheet against the accused whose advocate is of his/her choice and a strong case for conviction is made out in the charge sheet against the accused who does not appoint the advocate of the choice of the IO. In certain offences arrest cannot be affected unless Notice U/s 41 or 41A of CR.P.C is issued to an accused.
Many a times fearing arrest the accused files for anticipatory bail before the court once notice for appearance u/s 41 or 41A of Cr.P.C is issued to him/her and in such an event when the IO learns that the accused has not engaged services of the advocate of his choice to file anticipatory bail, the IO in spite of the fact that the accused in compliance of Notice U/s 41 or 41A appears for investigation before the IO, the I.O callously does not obtain the signature on the book maintained at the police station for marking presence of accused attending police station for investigation. Also does not record in the station diary maintained at all police stations and in the case diary maintained by the IO that the accused has in compliance of notice appeared for investigation.

IN order to mislead the court in the say of IO in the anticipatory bail, the IO makes a false statement that the accused has not complied with the Notice u/s 41A of CR.P.C as the IOs very know that non-compliance of Notice U/s 41A is a ground to reject anticipatory bail. IOs also cannot be punished for making false statement in court as the say of IO is not on oath and therefore does not attract perjury of which the IOs are taking advantage of.
There are friends of the IOs who act as panch witnesses for the panchanamas conducted during investigation and who for monetary reasons support the case of the accused who appoints an advocate of the choice of the IO during trial. Many a times without the knowledge of the accused detained in police custody, some friends of the IOs are used by the IOs to sign wakalatnamas of the advocates of the choice of IO and to file bail application through next friend when the accused are in custody, which further shows that the IOs and advocates are operating a syndicate to extort money from the helpless accused who are detained in police custody against which the administration and the courts have to take strict action.
The criminal practice for new and upcoming advocate is dying because of the syndicate operating in the legal system and gone are the days when an advocate would genuinely get a client for his reputation in the market as the IOs have started playing tricks to only promote practice of the advocates of their choice for monetary reasons which is deplorable.
(The writer of this article is a practicing criminal advocate from Mapusa, Goa.)