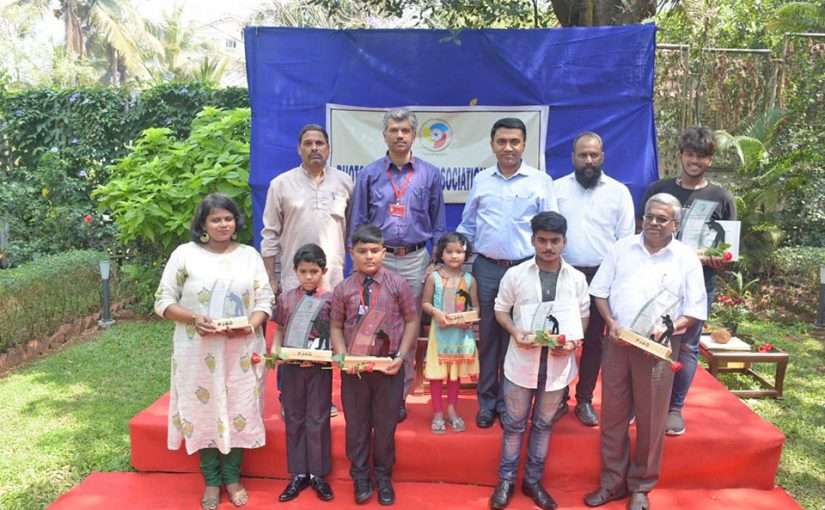 THE family is the nucleus of civilization and the basic unit of society. For a civilization to succeed, the family must succeed! Unfortunately, our traditional family system has deteriorated in the last few decades and we now see how adults prefer to be single instead of married and raising a family.

I would like to point out that more children are being born out of wedlock than ever before. More couples choose live-in relationships instead of the responsibilities a traditional married life demands. The old family system which was sound and effective is breaking down and affecting the social fabric of our and creating more social problems at large.

The family is the most fundamental institution of society but it is under attack from all sides – we see adultery, divorce, dowry, child and spouse abuse, homosexuality, abortion, teen pregnancies, pornography, disobedient children and economic struggles on one side, also unwillingness amongst married couples to bear and rear children with responsibility.  All this is because of the downfall and loss of value of the old tried and tested family system.

Parenting is very important in the present scenario. Parents must give top priority towards the upbringing of their children. A proper upbringing inculcating human values plays a lead role in the life of a child. These values define how he will lead his/her life in the society. If parenting is positive children when they grow up to be adults will play a constructive role in society.

By values I mean respect for others, kindness, hard work, trust, truthful, humbleness, helping others and so on, all of which are important for a growing child’s development into adulthood.  Endowing these values to a child is more important than gifting him/her with expensive toys, gadgets, properties or bank-balance!

A healthy society and a vibrant nation seriously needs to bring back the strong family where children are raised as responsible adults and citizens.

IT IS a great tragic milestone that in America, the death toll has mounted to 500,000 due to the Covid-19 pandemic, a figure that exceeds the death toll of World War I & II as well as the Vietnam war put together! In view of this immense loss of life in the world’s richest and most advanced country, it should be the endeavour of all individuals to make sustained efforts to reduce the occurrence of infections by inculcating maximum restraint.

Please follow the SOPs to keep Covid-19 at bay. Vaccination drives have started with a great deal of success, but since the longevity of immunity imparted by vaccines is mostly unknown, still strict adherence to social distancing, wearing of face masks and use of sanitizers have to continue to reinforce the protection afforded by vaccines.

Do not relax your guard! Remember prevention is better than cure and that we must learn from one another’s bad experiences. Be safe, not sorry.

IGNORANCE OF THE LAW!

HOW old is Goa’s tourism sector? Forty or 50 years? Yet most tourism is centred in the coastal areas where right from the beginning the common grouse of the inhabitants, not all living off tourism, has been noise pollution!

The authorities tackling noise pollution include the SP and Sub Div Police Officer! After 40 years, these officers cannot ensure they possess working and calibrated decibel meters! Despite getting complaints almost every week. Now, all of us know why. We also know the regular violations of so many other laws: SOP’s, lockdowns, prostitution, drug pedalling and consumption, littering, drinking on beaches and breaking of glass bottles, etc.

An accomplice is a person who helps another commit a crime. Do you suggest that banks employ security guards by hiring those convicted for ATM thefts, burglaries? The way all the above illegalities are actually ‘allowed’ to take place, will anyone recommend we replicate coastal tourism in the hinterland: the soft underbelly of Goa?

All villages do not have police stations: who will the people complain to? In 2018, the Collector banned sale of liquor in Surla on the complaint of women from the village that tourists were harassing womenfolk under the influence of liquor. They are not connected to any sewage treatment plan: we know the stench and contaminated wells in the coastal areas. Many don’t get proper water and electricity.

The government is promoting hinterland tourism even though it cannot control coastal tourism after 50 years! Villages must pass laws on the type of tourism they want in their village: not the TTAG. Do they want massage parlours which are a camouflage for prostitution, to influence their children? The way the Central government is taking over Goan waters, soon even the hinterland will go to businessmen. This is their agenda: marinas will be gifted to crony businessmen never mind by what name, also fishing jetties, MPT jurisdiction, whatever. Think long term before harping. Ignorance can be a crime!

OUR India may be known as the world’s largest democracy but we need to have urgent and radical electoral reforms to bring the system in line with the changing times.

As politics is no longer a mission but has become a profession, it must have a retirement age mandated by law just like other professions. Persons should also be restricted from holding office to the same elected position for a maximum of two terms. This would enable fresh faces to be infused into the system. The law must also prescribe a mandatory educational qualification for every elected position, may it be a MP, MLA, corporator or Panchayat member.

We need to amend the law to ensure that political morality prevails. The Anti-defection law came into force in 1985 to deter the endemic political defections by legislators motivated by the lure of office and monetary gains. The intent of the law was to prevent corruption by way of horse-trading and to debar defecting MPs and MLAs from holding public office for five years and from contesting the next election if they defect.

Goa may be India’s smallest State but has become a laboratory for every possible political experiment and has shown the nation the ways and means to circumvent the Anti-Defection law, with political prostitution and party turncoats at its very hilt. So there is a need to legally plug those loopholes in this now defective law.

Ethics should always be an integral part of politics. Citizens demand ethical behaviour from the political leadership. They trust their leaders to make moral judgments of process and policy where transparency and zero tolerance to corruption and nepotism should be paramount.

Lawmakers have a fundamental and moral duty to lead by example and must never be law breakers or abuse the trust that people have vested in them. Authentic leadership can only be practiced through ethical governance.

Not to defeat the very intent of the law, there is a need to ensure that election petitions and more particularly those relating to the Anti- Defection law should be decided very expeditiously in a time bound manner by an independent authority possibly the Courts and not by the Speaker of the Lok Sabha or Legislative Assemblies who instead of being fair and independent have proven to be acting as partisan tools of the ruling party.  We need to ensure that by law those elected are made accountable for their deeds and misdeeds.

The late American President, John F Kennedy declared ‘the basis of effective government is public confidence and that confidence is endangered when ethical standards falter or appear to falter.” These wise words have proved to be prophetically true of our nation currently lacking in authentic leadership and good, effective governance.