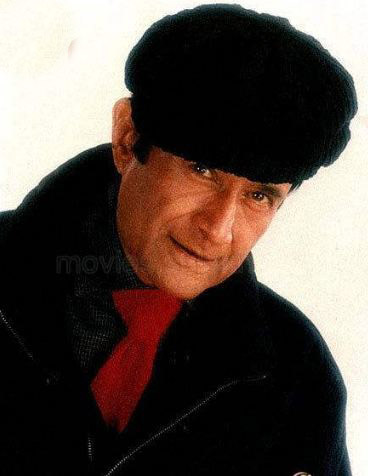 EMERGENCY: Rahul Gandhi while admitting that his grandmother Indira Gandhi, was wrong in imposing emergency has compared the misuse of the Income tax department and Enforcement Department to harass even Bollywood stars who have extended supports to the farmers.

Just as anyone disagreeing with the government including media are being harassed by the income tax department and the Enforcement Department, similar abuse of government machinery was wide spread during the emergency declared by the late Indira Gandhi in June 1975. Among the victims of the emergency were Dev Anand and I S Johar.

It was the night of June 25, 1975 when the then Prime Minister of India, Mrs. Indira Gandhi sent an emissary to the President, Mr. Fakhruddin Ali Ahmed. It was an order declaring a state of Emergency in the country. The story goes that the President signed the order even while he was in his bathroom….
The result was fear all over. all the leaders of the opposition were put behind bars, all those who spoke against Mrs.Gandhi and her government were either thrown into jail or placed under house arrest. There was a ban on some of the leading newspapers which carried editorials and stories against Mrs.Gandhi and her team of ministers. The Emergency led to the closing down of some news papers and magazines , offices of leading newspapers were
denied electric supply and some prominent editors and writers had to submit every piece of writing to a super censor appointed by the government and most of what was written was butchered by the super censor who followed the dictates of a government which was determined to mock, malign and massacre democracy. There were editors who brought out their papers with the space left for their editorials blank, Ramnath Goenka of the Indian Express was the first to take this drastic and fearless step and he had to pay a very heavy price for it .
The Film Industry ( it was not known as Bollywood those days) was one area of life which suffered the most because of this draconian step. Film makers had to follow the strict guidelines set up by the I&B Ministry headed by a strong-headed tyrant called V.C.Shukla. No film or short film which was critical of the government could be made and those which were already made were either banned or mauled by the censor,2- action in films could not exceed ninety feet and this rule led to several films facing disaster. Any song or dance or even a line of dialogue which was found to be indecent or vulgar by the powers that be were was mercilessly chopped off.
Filmmakers like Dev Anand, I.S.Johar, Amjad Khan and Amrit Nahata who were bitter critics of Mrs.Gandhi had to suffer because of their stringent views about the government when their films “Loot Maar”, “Police Chor”, “Nasbandi” and “Kissa Kursi Ka”
were banned outright or mutilated by the censor board
Some of the leading filmmakers all over the country gave up making films in fear. There were however some like Gulzar who directed “Aandhi” which was almost like a bio-pic of Mrs.Gandhi. It was banned several times till the Emergency was finally revoked and the film with Sanjeev Kumar and Suchitra Sen was released and it is a classic .
There were theatre enthusiasts like Amol Palekar, Dr.Shreeram Lagoo, P L Deshpande and Nilu Phule who staged their plays against the Emergency in private schools and the garages of housing societies.
This “Nanga Naach”( naked dance) of the Emergency continued for months till Mrs.Gandhi had to call for elections and lost in the most humiliating way which led her to another victory but her decision to declare Emergency was and will not be forgotten.
Let us hope that no other leader now or in the future thinks about
Imposing the kind of Emergency Mrs.Gandhi did and had to pay for which finally led to her brutal assassination.
The Emergency was a dark and deadly chapter in the history of independent India and all right thinking Indians will never like it to happen again. Will their wish be granted now or in the days to come?

Mumbai-based Ali Peter Johnis a veteran film journalist, former Editor who worked for Screen, the film weekly of the Indian Express Group, for over 40 years, and has seen the highs and lows of tinsel town.