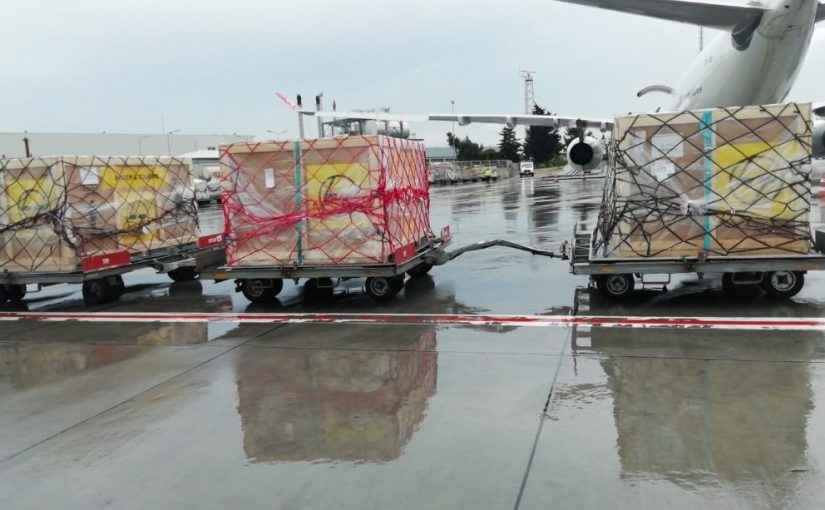 COVID-19 TIMES GOOD SAMARITANS: Amongst those pitching in to help out hospitals in a crisis in India is Larsen & Toubro. L&T’s contribution of 22 pre-assorted oxygen generators have arrived from the UAE and were assembled at its Hazira Manufacturing Complex. From May 15 the generators will be heading to hospitals in the country which are in acute distress for want of oxygen to treat covid-19 patients and have no infrastructure for bulk supply. Three cheers for L&T!

IT IS clear that unqualified people are taking decisions in a medical field. Only doctors are qualified but they venture into other fields. With regards to the current pandemic the local government is promoting Ivermectin as a preventive medicine. However, the WHO and other medical organisations have warned against such prescription!
The Nagpur Bench of the Bombay HC has quoted scientists as saying that convalescent plasma therapy is possibly leading to new variant strains and might be fuelling the pandemic. In GMC life threatening matters like when to change oxygen cylinders are left in the hands of the untrained bottom-end staff. We do not know what kind of hygiene is being practiced.
Why are we not interacting with WHO? How do we dare take decisions we have no knowledge about? Even in 2020 the GMC blamed was blamed for patients coming in late. Did doctors know how to use HFNC? Even now, are they able to heat the oxygen?
If they do not know that the same is prescribed by WHO for very critical patients in shock, they must get help from doctors outside India. If Singapore can restrict covid deaths to just 31 for the entire pandemic, despite a population of 55 lakh, then we must get the help of doctors from there!
Goa with a population of just 18 lakh has reached 70 deaths in a single day, totalling more than 800! Inexcusable. Regarding the many political parties in Goa none have guts to go to court.
This despite AAP who always promotes the “achievements” of Delhi AAP, knowing very early that Delhi was short of oxygen. Today, it is amply clear that the people who think they can easily be politicians are unfit to run any government. Goa is being ravaged by people who think running a government is like running a private club! GFA is another such club. Its sole job is to see how it can get back into political power and once elected they will be kings without accountability.
— R Fernandes, Margao
DEAR COLLEAGUE
DEEPLY saddened by the very untimely demise of our dear colleague, the charming, fun loving, dynamic, always well groomed and a brilliant lawyer Rajeev Gomes. He was also always there as a fellow crusader for public causes.
As lawyers, we naturally cross swords, in the discharge of our professional duties. In 2015, in a Margao Court, as opposing lawyers, the gloves were off and we both vigorously represented our clients. But unfortunately, at the end of it, outside the courtroom, we truly did not leave that ‘bitterness’ behind us.
Close on the heels soon thereafter in another case, Rajeev was representing a Goan celebrity whose son allegedly while over-speeding had knocked down at Mapusa, a pilgrim girl from Malvan, who was on her way to Old Goa during the Novenas of Saint Francis Xavier,l and whose case I took up at the fervent request of a priest. That the reverent priest dared to jump ship without confessing the truth to the court is another issue.
In both these cases there was never ever personal verbal abuse between us but the battle landed on to the social media erupting into a full blown extremely bitter clash in cyberspace. However, it all cooled down with time, and later in our personal interactions we shared disarming warmth and a quick wit. The respect was mutual with that hatchet buried.
With the tragic death of a very talented Rajeev Gomes, Goa has lost a very experienced and proficient criminal lawyer. A shining star in our fraternity that he certainly was. In court Rajeev was often one-step ahead and always expressed himself kindly, diplomatically and with a canny smile. We have lost a giant of criminal trials.
I was truly anticipating Rajeev Gomes to venture into Goa’s political turf. He had all that it takes to be a vocal, vibrant and vivacious legislator. But at just 48, he departed so very young and so suddenly leaving us all shell-shocked. May the Almighty give his dear wife, son and the family the strength to brave this irreparable loss.
Rest in Peace my dear Rajeev. Till we meet again brother.
— Aires Rodrigues, Ribandar