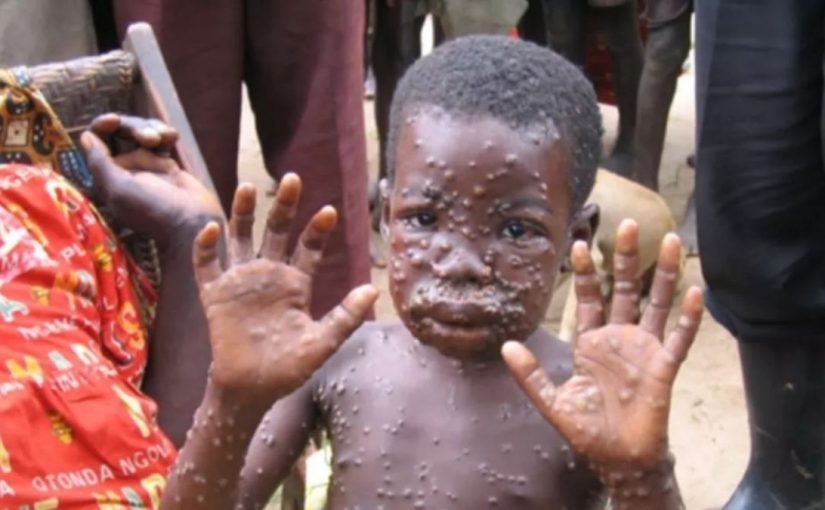 SYMPTOMS: The primary symptom of monkeypox is boils on the body similar to smallpox and chickenpox.

Just when the Covid wave seems to be receding the world is threatened with a new infection labelled monkeypox. The name derives from the fact that the virus is primarily found in monkeys. Children and pregnant mothers are at the highest risk. No doubt the vaccine industry will make another killing.

The World Health Organization (WHO) has been notified of at least 92 laboratory-confirmed cases of monkeypox in 12 countries, including the United Kingdom, a number of European nations, as well as North America and Australia.
Contact-tracing teams were not able to find any travel links to countries where monkeypox is endemic — so with the available data, it seems the origin of the infection was the UK itself.
Here’s all you need to know about monkeypox.
Monkeypox is a zoonotic disease that originates in animals and jumps to human hosts. Usually prevalent in forested parts of Central and West Africa, it is caused by the monkeypox virus which belongs to the orthopoxvirus family, which also includes smallpox, cowpox, horsepox and camelpox.
Monkeypox can be transmitted by droplet exposure — that is through large droplets exhaled by an animal and by contact with infected skin lesions or contaminated materials.
The incubation period of monkeypox is usually 6 to 13 days but can range from 5 to 21 days. Symptoms of the disease usually resolve on their own within two to three weeks.
Monkeypox symptoms include fever and rash due to swollen lymph nodes — small, round or bean-shaped clusters of cells – that may lead to a range of medical complications.
Children are at higher risk, and monkeypox during pregnancy may lead to complications or stillbirth.
Since milder cases of monkeypox often go undetected, the risk of transmission cannot be ruled out.

Two genetic lineages
There are two known clades or genetic lineages of the monkeypox virus: West African clade and Congo Basin (Central African) clade.
The West African clade of monkeypox virus infection sometimes leads to severe illness in some individuals. The case-fatality ratio for this clade has been documented to be around 1 per cent. On the other hand, the Congo Basin clade has a fatality rate as high as 10 per cent.
Most parts of the world outside of West and Central Africa have never been exposed to this virus, which is why people are less likely to have immunity to the infection.
Previously, vaccination against smallpox was shown to be protective against monkeypox.
While one vaccine — the MVA-BN — and one specific treatment with use of the drug tecovirimat, were approved for monkeypox in 2019 and 2022, respectively, these are not yet widely available.
Also, populations worldwide under the age of 40 or 50 years no longer benefit from the protection afforded by prior smallpox vaccination programmes.
What stands out about the latest outbreak in the UK is that none of those infected have any recent travel history to West or Central Africa. Based on currently available information, the infection seems to have been locally acquired in the UK.
On 13 May 2022, the United Kingdom notified WHO of two laboratory-confirmed cases and one probable case of monkeypox. All three cases belonged to the same family.
The probable case is epidemiologically linked to the two confirmed cases and has fully recovered. The first case identified developed a rash on 5 May and was admitted to hospital in London on 6 May.
On 9 May, the case was transferred to a specialist infectious diseases centre for ongoing care. Monkeypox was confirmed on 12 May. Another confirmed case developed a vesicular rash on 30 April, was confirmed to have monkeypox on 13 May, and is in a stable condition.
The West African clade of monkeypox was identified in the two confirmed cases using RT-PCR tests.
On 15 May, WHO was notified of four additional laboratory-confirmed cases — all were confirmed to have the West African clade of the monkeypox virus.
The animal reservoir of the disease is still unknown, although is likely to be among rodents. Contact with live and dead animals through hunting and consumption of wild game or bush meat are known risk factors.
A detailed contact-tracing investigation is being carried out to determine the likely route of acquisition and establish whether there are any further chains of transmission within the UK for all cases.
(Edited by Nida Fatima Siddiqui)