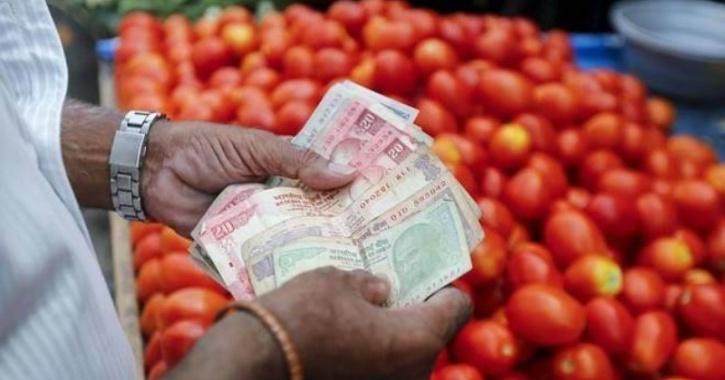 Hike: The rising level of inflation is dramatized in the sharp increase in a wide increase of goods of mass consumption. The situation is compounded by the disruption of supplies in the wake of the Ukraine war. Ukraine is the largest producer of sunflower seeds which has seen a steep increase in the price of sunflower oil.

In line with the trend internationally the inflation rate in India is also going up steadily and is set to cross the 10% mark. The worst affected by the rise in prices of essential commodities like edible oils and cereals is the common man. The inflation is due to a combination of the impact of the two-year covid lockdown and the BJP government’s obsession with mega projects, which have increased the debt burden. The Reserve Bank of India is expected to increase the prime rate at which it lends to other banks again to bring down liquidity.

The unprecedented rise in retail inflation numbers over the last few months have left many in the government worried. The government is hoping that the stealth measures taken by the Reserve Bank of India (RBI) will do the job but if the price pressure persists, New Delhi is preparing to step in to ease supply constraints, according to sources in the finance ministry.
“We don’t want the food inflation to go up further,” said one official. “This has to be seen as a monetary policy problem. We had a kind of expansionary monetary policy due to the Covid pandemic. But the government will have to take certain measures to curb inflation,” the official added.
“Wherever support is needed to control inflation, we will provide it,” the ministry official said, adding that wherever the government sees inflationary pressure, necessary measures will be taken.

The official requested anonymity.
The unrest is visible in the corridors of North Block
The April inflation print came as a shocker, not just for the RBI but also for the ministry. Consumer Price Index (CPI)-based inflation came at 7.8 percent, a level last seen in April, the highest reading since the 8.3 percent recorded in May 2014, indicating a sharp uptrend across all categories and mainly in food prices, and remaining above the upper limit of the central bank’s tolerance band of 6 percent for the fourth month in a row.
High inflation affects the economy as discretionary spending goes down, in turn impacting demand for goods and services offered by small businesses, and later big suppliers. The big loss of livelihoods and jobs, and pay cuts seen during the two years of the pandemic have already taken a big bite out of income levels. The high inflation only worsens the pain.
Quite notably, the pick-up in inflation pressures which initially was led by goods is now beginning to reflect in services also, economists said.
“The rise in inflation has been led by cost-push pressures in the form of a surge in crude oil, metals prices etc,” said Gaura Sengupta, economist at IDFC Bank. “Another component of the increase in inflation pressures is disrupted supply chains which are taking longer than expected to normalise.”
India’s policymakers are facing significant pressure on inflation management on the external front. Global commodity prices are on an upswing due to a mix of factors including the ongoing Russia-Ukraine war. Along with this, there has been a rollback of subsidies and tightening monetary policies as central banks look to exit the easy money regime. Growth recovery remains sluggish, complicating the job of monetary policymakers.

Inflation scare in India
The Indian central bank has a mandate to keep inflation between 2 percent and 6 percent. If the RBI fails to adhere to this target for three consecutive quarters, it needs to explain the failure to Parliament in writing. In a recent article for Moneycontrol, former RBI governor D Subbarao had said that the central bank’s monetary policy committee may have to write to the government by September.
India’s retail inflation shot up to the upper limit of the RBI’s tolerance band, accelerating to a seven-month high just above 6 percent, in January, 2022. The jump was attributed to the rising costs of food, fuel and household items, according to the data of the ministry of statistics.
CPI inflation has exceeded RBI’s upper threshold of 6 percent since Q4FY22. Going forward, top economists expect CPI inflation to average 6.7 percent in FY23, which implies that for the entire year, headline CPI inflation is likely to average above the upper end of the central bank’s tolerance band.
How does inflation hurt the economy? A vicious circle begins
High inflation expectations kick start a vicious circle in the economy as individuals and small businesses postpone spending and investments fearing prices will escalate even more. This impacts growth recovery as demand takes a hit. Companies hold back investments.
“If investments don’t happen, growth won’t happen and shortages will continue to become even more,” said Pronab Sen, former chief statistician of India. “With growth affected and lesser investments, the government will face serious challenges as there will be less production to meet the demand,” Sen added.
Alongside, in order to ease the burden caused by the surge in fuel prices, the government cut excise duty on petrol and diesel in November 2021. “We estimate that this resulted in a revenue loss of INR 495bn (Rs 49,500 crore) in FY22. This also implies that revenue from excise duty on fuel will be lower in FY23, due to the tax cut,” said IDFC Bank’s Sen Gupta.
Another hit on the fisc is from higher fertiliser subsidy cost due to global geopolitics, which economists estimate could exceed budget estimates by Rs 2 lakh crore in FY23.
“India has import relations with Ukraine and Russia for potash fertilisers. Fertiliser prices have gone through the roof. So, the government is addressing it by not passing on the price of fertilisers to the end users, farmers, and absorbing it,” said Indranil Pan, chief economist, Yes Bank.
The government may well have to absorb the rising price of edible oil and fuel in the budget by reducing the excise duty, which is another challenge, said Pan, adding that this applies to coal imported for power generation as well. Moreover, as economists point out, inflation may also push up the government’s cost of borrowing.

Can govt, RBI tame high inflation?
The government needs to address the inflation issue even as it ensures growth. “When you have two targets, then you need two sets of policies to address them. So, if you use both policies for controlling inflation, then growth will collapse,” said Sen. Both the monetary and fiscal policies need to work together to fight inflation in a coordinated manner, he said.
“In the recent past, we have given enough fertiliser subsidy. On these various fronts, wherever support is needed to control inflation, we will cater to,” said the finance ministry official cited earlier, who also clarified that despite pressure from various quarters, wherever the government is spending, it is mostly on infrastructure. “That is one push which we have given and it is also a way of controlling inflation,” the official said.

The RBI’s steps so far
Last year, the RBI started normalising policy first by stopping G-SAP (G-sec Acquisition Programme) and also gradually reducing liquidity via forex sales and dollar-rupee sell-buy swaps.
“The central bank has initiated policy rate hikes. The first was normalising the policy rate corridor by introducing SDF (standing deposit facility) in April 2022 and then hiking repo rate by 40pbs (basis points) in May 2022 which was an off-cycle meeting,” said Sen Gupta.
The RBI is widely expected to hike rates by another 25-50 bps in the remaining part of this year to cut inflation. Economists said based on the inflation trajectory, the repo rate will need to be increased to 5.75-6.0 percent by February 2023. Currently, the real policy rates are negative due to high inflation.
“In the sequence of priorities, we have now put inflation before growth. The time is appropriate to prioritise inflation ahead of growth,” RBI governor Shaktikanta Das said during a recent monetary policy announcement.
Nevertheless, an immediate respite from high inflation looks unlikely, said economists.
“CPI inflation is likely to average at 6.7 per cent in FY23, with H1 inflation at 7.3 percent and H2 inflation at 6.2 percent. Our inflation trajectory indicates that CPI inflation is likely to stay above 6 percent for the majority of FY23,” said Sen Gupta.