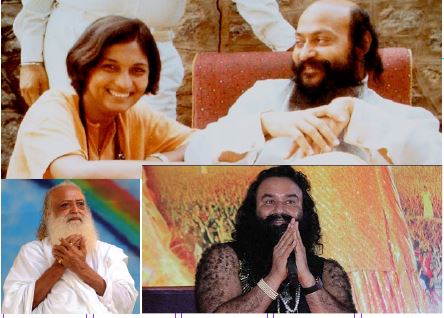 THE fact is people across the world remain hungry for “cult leaders” in various fields — political, religious, sports — who, they believe, can move mountains and do miracles. This larger-than-life trend is more pronounced in countries of South Asia. The term “cult” first appeared in English in 1617, derived from the French culte, meaning “worship” which in turn originated from the Latin word cultus meaning “care, cultivation, worship.” The meaning of cult as devotion to a person or thing is in vogue since 1829.
By definition, a cult is a social group that is defined by its unusual religious, spiritual, or philosophical beliefs and rituals, or its common interest in a particular personality, object, or goal. These groups are held together by a shared commitment to a charismatic leader or ideology. Sociologist Eileen Barker confirms that a cult can make people believe that all their problems in life could be solved just by following the leader’s instructions.
In simple words, the members of the party/sect/group exhibit unending and no-compromising veneration for their authoritarian, charismatic leader. Such a party/sect/group tends to have an escalating negative impact on the lives of followers and society. The leader only decides or has the right to approve, all policies and practices. Members are zealous, protective, and unquestioningly committed to the leader. Members regard the leader’s beliefs and practices as truth and law. Questioning, doubt, and dissent of any degree are discouraged or punished. The group may use public humiliation, punishment, or other practices to suppress individualism and doubt.

MACHIAVELLIAN TRAITS
THE personal traits of these leaders, among others, would include Machiavellianism (sly, deceptive, distrusting, and manipulative), narcissism (an inflated sense of their importance, and hungry for excessive attention and admiration), and neuroticism (having negative effects, including anger, anxiety, self-consciousness, irritability, emotional instability, and depression). Dr Janja Lalich, an international authority on cult and coercion reports that in some cases the leader and leadership will dictate how the members should think, act, and feel. Even minor criticism or jokes about the leader or group are taken very seriously and likely punished. The leader and members maintain theirs is the only path to truth and salvation.
According to a host of other sociologists, such as Dr Michael D Langone, Robert Jay Lifton, etc, these cult leaders and their committed followers will be skilled at the beginning to gain people’s trust. They often seem approachable, honest, generous, and kind, as they ease into people’s lives and hearts. Slowly, though, things start to go wrong.
These leaders would insist that their thoughts and feelings must be respected, but they are not respectful of others’ thoughts and feelings. They would blame the victim for inciting abuse — You made me do it. They would generally not take responsibility—constantly blame everyone and everything but themselves, keep people isolated and polarised by preventing or discouraging contact with friends or family, and would control access to finances, telephones, television, computer, cars, and other family resources of the followers. As hungry as they are for attention and admiration, these leaders could even put their photos engraved in satellite rocket panels going up for space research.

POWERFUL PEOPLE
CULTS are not alien to South Asian culture. Powerful people can make others, those who look up to them for miracles, which is why cults have been observed in human history since ancient civilisations. Zainab Sikander (The Print, March 2021) writes we have seen cults in our lifetime too – from Osho to Asaram Bapu to Gurmeet Ram Rahim Singh, and a few past and present political leaders of the sub-continent. The command these figures have had over their followers has been simply surreal.
From a psycho-political perspective, among the reasons that cause people to crave a cult or miracle man is when people in a transitional period attempt independence all the while struggling to form a sense of belonging away from home. Sociologists have contended that cults arise from socio-economic or other forms of speculative unreal deprivation experienced by groups within society to provide a solution.
Adrian A. Husain in his write-up in Dawn a few months ago finds that punitive measures against political opponents are not uncommon in South Asian countries. But, besides gagging and muzzling the media and plunging a knife into the heart of social relations, these cults have had nothing very much to offer the country except for soaring inflation, a downgraded rupee, abysmal economy, mounting unemployment, social unrest, and religious polarization and an entirely nebulous promises of a better future. Cults adopt populist ploys such as nationalisation, monopolising everything and modifying education curriculum, history, finance, tax structure, national colour, bird, animal, flag, symbol, national emblem etc.

THREAT TO LIFE
CULTISM maims human liberty and dignity, besides running counter to the spirit of truth. Such fascism is a political aberration with which the fragile democracy of South Asian countries is ill-equipped to cope. To allow a collective unconscious in the shape of mass hysteria to take root and grow will be a threat to the very life of the state. When a half-educated, half-cultured idol acquires a messianic status drawing crowds of a magnitude these nations had never seen before it becomes something of a matter of concern. The freshly acquired messianic status skilfully exploits widespread anger at corruption to sow hate and division among countrymen. It is of irony to find even those with the highest educational degrees put their rational faculties into a deep sleep and see no wrong in whatever the cult says or does.
What enabled these men to command the senseless devotion of so many millions? The answer probably lies in George Orwell’s Animal Farm. Gregariousness and suppression of individuality help protect members of a species because leaders give direction in a difficult environment. But there is a downside. Herds of sheep are known to follow their leader over a cliff and self-destruct. Human groupies have done similarly.
Specific social behaviour, such as groupthink or scepticism or absolutism, could explain why some societies crave messiahs. Absolutism has made South Asian socio-politics less and less substance-based and more and more tribal. The only certainty is that the government in power will blame the previous government for everything. Under this situation, emotion and dogma shove truth into the margins. This is how top-ranking engineers, medical practitioners, and scientists are motivated by roadside gurus on supernatural creatures.

PSYCHE OF MAJORITY
PERVEZ Hoodbhoy, a physicist and writer, finds that one of the main reasons for such behaviours of youth and people at large has been the lack of proper education and the absence of scientific temper in our upbringing. Although most South Asian countries have a well-constrained constitution and several autonomous institutions, the culture and meaning of true democracy have not gone into the psyche of a majority of the people. Consequently, more emphasis is given to the person and less on the system. The education system presently in vogue in South Asian countries stresses faith-unity-discipline instead of reason-diversity-liberty. This has seriously damaged ordinary people’s capacity to judge. Unless we allow children to freely contemplate, debate and reason, the longing for, according to his words ‘Miracle Man’ will continue.

(Pinakpani Bharadwaj is a social onlooker. He lives in Goa.)